The Seattle Derby – Redhawks against the Huskies – by Dela Agbotse 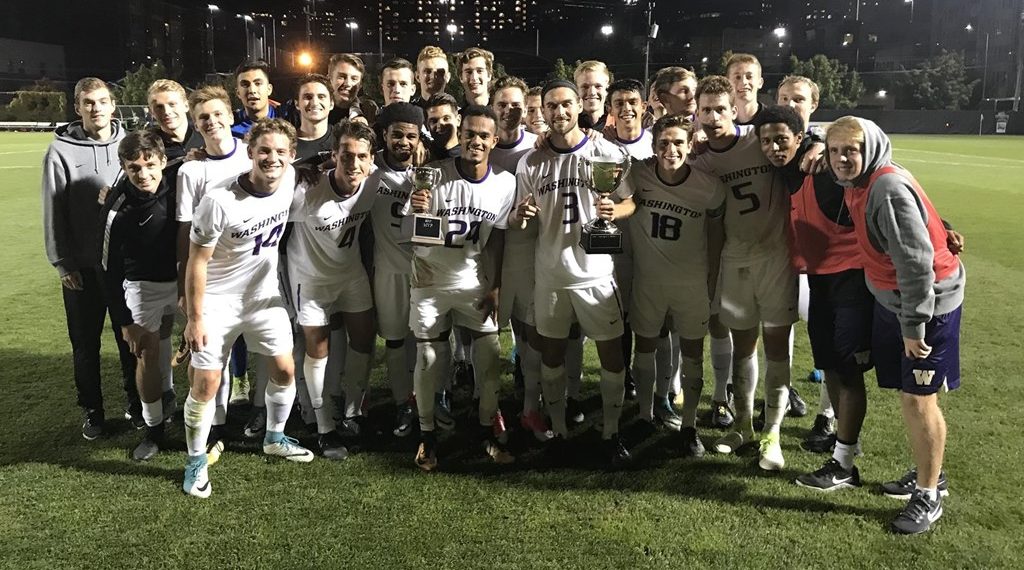 Seattle will make the short trip to Husky Soccer stadium on Sunday to play the University of Washington in a clash of two soccer powerhouses who happen to be neighbors. This contest reflects college soccer at its best. It is a match played between two teams that are both aggressive, athletic and well-coached.  Throw in the fact that their home grounds are only a few miles apart and you have an electric atmosphere with a big crowd on hand.

Seattle comes into the match with a 5-3-0 record and a two-game winning streak.  The unranked Redhawks are gaining momentum with several young players beginning to make an impact.  Washington, the number fifteen team in the College Soccer News Poll, is 5-2-0.  The Huskies seek to get back in the win column after being shutout 1-0 by Portland in their last outing.

This is a contest which, regardless of national ranking, remains one of the biggest and most hotly anticipated soccer matches in the Pacific Northwest and in college soccer. It’s Montlake versus the Central District, and Jamie Clark against legendary Peter Fewing all over again when Washington faces Seattle University in this non-conference pairing that is the biggest college soccer event of the year in the Pacific Northwest.

The game represents a measuring stick of where each program stands prior to beginning conference play.  It also serves as an indication of where they hope to be at the end of the year, which is the NCAA tournament.  Last year, Washington topped Seattle 2-0 when the two teams squared off during regular season play but Seattle upset Washington 3-2 in overtime when the two rivals faced each other during the first round of the NCAA Tournament.

The rivalry between both teams is truly unique, much like the city that stages the event. It is a match, and indeed a true rivalry which, despite whatever may happen on or around the football, is built on respect between the coaches, players and fans. Nonetheless, no prisoners will be taken in this one as both schools will give it their all.

This game is also about reliving the past. Many UW and SU legends are expected to be among a sellout crowd with a solid contingent of supporters on hand from both programs.

The timing is more than ideal for both teams.  The season is still young but this game has the potential to be a tipping point or building block for both programs.  The winner in this spirited rivalry between two highly regarded programs will gain momentum, energy, confidence, and a resume building win.  And oh yes –  bragging rights.