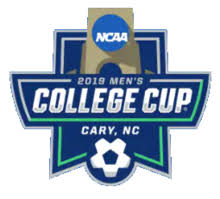 There are no Cindarellas in the College Cup (Final Four) this year. Virginia, Georgetown and Wake Forest were all awarded a top four seed. Stanford is a number seven seed and the national champion three out of the past four years. All were highly ranked throughout the season. The coach of each of the participants does an excellent job of roster management by bringing on board players with the talent and mentality that fits their style of play. All have a culture of excellence that the older players instill in the newcomers. All are talented but it takes more than talent to win a national championship. The intangibles listed below could come into play.

Virginia – Defender and captain Robin Afamefuna, a four-year starter, is the lone senior in the starting lineup.

Georgetown – Two-time Big East Defender of the Year Dylan Nealis (4g, 5a), graduate student forward Ethan Lochner (0g, 1a), forward Achara (6g, 4a), forward Riley Strassner and midfielder JB Fischer (1g, 1a) are among the seniors who are key contributors.

Stanford – Seniors defender Tanner Beason (5g, 1a) and midfielders Jared Gilbey (0g, 6a) and Derek Waldeck (4g, 8a) are four-year starters and pace setters for the Cardinal.

Freshmen in Key Roles – They now have a year of starting experience under their belts and bring energy to the pitch but this is their first rodeo.

Virginia – Freshmen forward Axel Gunnarsson (2g, 4a) and center back Andreas Ueland (3g, 0a) have performed well in a starting role.

Wake Forest – Freshmen forward Calvin Harris (6g, 3a) has added creativity and punch to the attack while back Nico Benalcazar (2g, 0a) has been a solid contributor and starter on the defensive side of the ball.

Georgetown – Freshmen defender Daniel Wu has been a starter and solid performer all year. Freshmen Dante Polvara (4g, 2a) has added an additional dimension to the midfield and goalkeeper Tomas Romero has been the starter in goal in eleven games with an impressive 0.44 goals against average.

Stanford – Freshmen forwards Ousseni Bouda (5g, 5a) and Gabe Segal (6g, 0a) have added balance to the offense. Freshman defender Keegan Hughes (3g, 3a) has been a solid starter. Freshmen midfielder Cam Cilley (0g, 1a) and defender Keegan Tingey (0g, 1a) have been key contributors.

Momentum – When the margin for error is small it is always a plus to have the wind at your back.

Virginia – The Cavaliers look to be playing their best soccer of the year. They have not lost since being upset at home by Pitt back on October 18. Virginia won the ACC Tournament for the first time since the 2009 season with impressive wins over Syracuse, Wake Forest and Clemson. They advanced to the College Cup with a gut check 3-2 win in overtime over SMU in the Elite Eight.

Wake Forest – The Demon Deacons have their legs back under them after struggling a little down the homestretch. This is a team that has had to deal with several key injuries but has adjusted well and is fully back on track and playing "Wake Forest" soccer.  They will be eager for the opportunity to turn the table on a Virginia team that topped them 1-0 in the semifinals in the ACC Tournament.

Georgetown (18-1-3) – The Hoyas look to be in a groove with larger than expected wins over Pitt 5-0 and Louisville 5-1 followed by a 2-1 come from behind win over Washington in the Elite Eight. They are a confident, focused, and deep team.

Stanford – (14-2-5) This is Stanford's fourth trip to the College Cup in the past five years so they are no stranger to biggest stage in all of college soccer. The Cardinal got a wake up call when they didn't put in a full ninety minutes of play in their final regular season contest and were upset at home 1-0 by California. Stanford has advanced in two out of their three contests in the NCAA Tournament by prevailing in a penalty kick shootout. Advancing past Clemson on the road in a penalty kick shootout in the Elite Eight was a huge step. This group likely knows better than any of the other teams in the Final Four exactly what they need to do to prevail. That in itself is a momentum and confidence builder in a survive and advance environment.

Overall Experience – Composure is a plus. Without it things can come apart pretty fast. Experience can be overrated with a lot of younger players entering college now with a ton of competitive play under their belts. Regardless, it can be can be a difference maker.

All of the four teams in the College Cup have the experience of playing difficult schedules and all have veteran coaches who have taken a team to the College Cup.

Virginia – This is a relatively young Virginia team with six upperclassmen in the starting lineup. Senior back Robin Afamefuna is a four year starter while junior forward Nathaniel Croft and junior back Joe Bell are three year starters. Junior goalkeeper Colin Shutler, junior back Henry Kessler and junior midfielder Irakoze Donasiyano have two years of starting experinece under their belts.

Wake Forest – The Deacons entered the year with several gaps to fill on the defensive side of the ball due to graduation. The Deacons annually do a good job of replacing talented players with talented but less experienced players who gain experience as the season progresses. Wake Forest had six underclassmen in the starting lineup at times this year partially by design and partially due to injuries that have required that others step forward. Defenders senior Alistair Johnston and junior Michael DeSields add experience to the backline while seniors Bruno Lapa and Joey Dezart and junior Machop Chol are among verteran midfielders.

Georgetown – Seven upperclassmen are regularly in the staring lineup. Senior Dylan Nealis and juniors Rio Hope Gund and Sean O'Hearn provide a solid and experienced presence in the back. Ethan Lochner, Achara and Derek Dodson provide experience up top with juniors Jacob Montes and Paul Rothrock adding stability in the midfield. Brian Wiese has done a good job of blending several talented newcomers in with the returning players.

Combinations – They impact possession, rhythm and flow, and the creation of scoring opportunitites.

Virginia – Joe Bell, the ACC Midfielder of the Year, and sophomore forward Daryl Dike (7g, 8a) are among the Cavaliers who do an excellent job of creating scoring opportuities. Irakoze Donasiyano (4g, 5a) is a consistent linkman.

Wake Forest – Midfielders Machop Chol, Isaiah Parente and Bruno Lapa are among those who do a great job of putting together passes that create space and scoring opportuities. Back Alistair Johnston has the ability to push forward from the back to create a numbers advantage.

Stanford – Midfielders Derek Waldeck (4g, 8a), Logan Panchot (0g, 8a),and Jared Gilbey (0g, 6a) work well together to maintain possession and create scoring opporuntities for forwards Charlie Wehan (3g, 2a), Ousseni Bouda (5g, 5a), Zach Ryan (6g, 2a) and Gabe Segal (6g, 0a). Defender Tanner Beason (5g, 1a) adds to the attack from the back and out of set pieces.

Hunger – A team that is both talented and hungry is the most dangerous team to face.

Wake Forest – Last year the number one seeded Demon Deacons were one and done in the NCAA Tournament when they were upset at home 1-0 by Akron. The 2019 team has played through adversity which has fueled this team. Getting to the College Cup was a goal but not their end goal.

Georgetown – The Hoyas believe they can win it all this year and will be disappointed with anything less than a national title. Georgetown was a College Cup caliber team last year and were frustrated when they were upset at home in the third round by MIchigan State 1-0. This is a team that is going to leave it all on the field this year.

Stanford – Stanford fell one game short of a fourth straight trip to the College Cup last year when they were upset at home by Akron 3-2 in the Elite Eight. The Cardinal have had a couple close calls along the way but have played their way back into the College Cup for the fourth time in the past five seasons. You can bet the farm that Stanford is focused on nothing less than another national championship.

The play between the pipes. No position has a greater impact on the outcome of the College Cup than the goalkeeper.

Virginia – Redshirt junior Colin Shutler has been the starter for two seasons. He is 6'1" and leads the nation with a 0.40 goals against average. He has recorded fifteen shutouts and anchored a defense that has allowed a total of only nine goals. Shutler is an All-South Region First Team selection and a First-Team ACC honoree.

Wake Forest – Redshirt sophomore Andrew Pannenberg. This is his first season in a starting role. He has a 0.66 goals against average and has recorded nine shutouts. He is 6' 3" and anchors a Demon Deacon defense that has allowed a total of fifteen goals.

Nikopolidis is 6' 2" and was the starter in 2018. He has started eleven contests in 2019 and has a 0.53 goals against average with four shutouts. He was named the 2019 Big East Co-Goalkeeper of the Year and an All-Big East First Team selection. A total of six goals have been scored when he was between the pipes.

Romero is 6'1" and has started eleven contests this year with a 0.44 goals against average and seven shutouts. A total of five goals have been scored while he was in goal.

Stanford – Redshirt sophomore Andrew Thomas. He is 6'2" and has been the starter in goal for two seasons. He has a 0.66 goals against average this year and has posted eight shutouts. Thomas is an All-Far West Region First Team selection and an All-a Pac-12 First Team honoree. He anchors a defense that has allowed a total of fourteen goals.

Virginia – The Cavaliers are talented and tough. Look no further than their come from behind win over Clemson in the ACC Tournament for proof of the mettle of this team.

Wake Forest – The Demon Deacons could have folded when they had to deal with lineup changes due to injury. Instead it has been "next man up" for this team on several occassions. There is no quit in this bunch.

Georgetown – This is a group that has been taking care of business on both sides of the ball all year. The mettle of this team was demonstrated in their come from behind win over Providence in regular season play and their come from behind win over Washington in the Elite Eight. This team has demonstrated the ability to play through difficulty and find a way to prevail.

Stanford – The Cardinal are a nasty matchup for anyone. The return of Tanner Beason from injury added to the tenacity of this team but there are multiple reasons why Stanford is a tough team to beat.