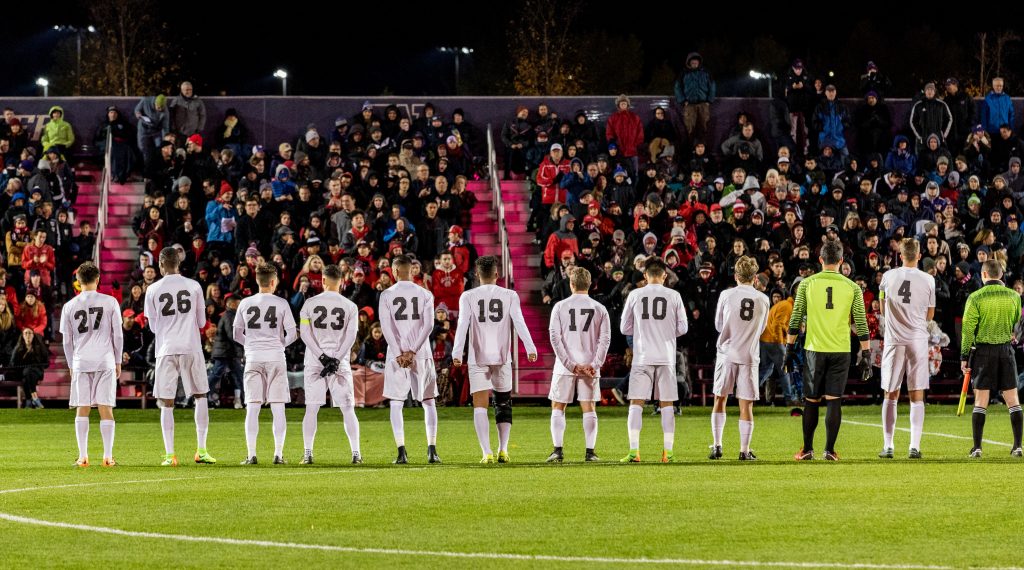 The Greek philosopher Aristotle first coined the pharase "the whole is greater than the sum of the parts."  That means working together, everyone achieves more.  From a soccer standpoint, the ability to merge together and maximize the talents of individual players into a unified and cohesive team is the factor that distinquishes the great from the good teams.

Whether in direct partnership as a central defensive pair, working together in the run of play, or even operating on opposiste sides of the pitch, there are some player combinations that are uniquely productive.  Such combinations are so effective that they promote a collective effort that becomes intertwined with the team's success on and off the pitch.

The Seattle University duo of center back Nathan Aune from Arlington, Washington and midfiedler Sergio Rivas from Albuquerque, New Mexico fall into that unique category.  The duo will seek to bring Seattle University back to the College Cup (Final Four) this fall in their senior season.  The play of the Redhawk pair has been exceptional from the moment they arrived on campus in 2015 and they have continued to be a consistent force for SU over the past three seasons. Aune and Rivas have undoubtedly been a major factor behind the success the Redhawks have enjoyed in the Western Athletic Conferece (three championships in the past five seasons) and in the NCAA Tournament.

Aune (the 2017 WAC Defensive Player of the Year) and Rivas (a three-time All-WAC selection), along with midfielder Alex Roldan who was drafted by the Seattle Sounders in 2018, have been the rock upon which veteran head coach Pete Fewing and his staff have built a tough and resilitent Seattle side that has secured a total of forty-four wins over the past three seasons including a 15-4-4 overall record last year.

Aune and Rivas have been and should continue to be among the best in their positions in the WAC in 2018. Aune is the ball-playing defender of the pair, looking to push the attack forward at every opportunity while anchoring the back line.  Rivas who led the Redhawk attack last year has proven to be one of the best midfielders in college soccer.  Their skils merge in a complimenatry fashion and it is no surprise that, with excellent support from their talented teammates and the coaching staff, the pair has played a key role in the attainment of several WAC titles.

Rivas has been a bag factor in Seattle's prolific offense which led the WAC in 2017 with a total of thirty-nine goals and a 1.70 goals per game average. Rivas, who will enter his senior season with fifteen career goals, led the Redhawk attack last year with a total of eight goals and six assists.  He was a 2017 All-WAC Second Team selection and a United Soccer Coaches All-West Region Second Team member.

Defensively, Aune played a big role in Seattle's run to the second round of the 2017 NCAA Tournament, limiting the opposition's looks on goal.  He was at the center of a Redhawk backline that only allowed 0.91 goals per game last year while recording ten shutouts in the process. The team captain's many honors included being named a 2017 Third-Team All-American by the United Soccer Coaches, a First-Team Scholar All-America selection, and a First-Team All-West Region selection.

The outstanding duo will attempt to raise Seattle's status in college soccer even higher this fall.  With a challenging schedule that pits SU against the likes of New Mexico, UC Santa Barbara, Akron, Washington. Air Force and Utah Valley, the duo will also have the platform to make a statement in their senior year heading into the MLS draft.  However, that is far from their focus.  Their main objective going into their final college soccer season is to work together with their teammates to win another WAC title and to get Seattle University back to the NCAA Final Four.

Seattle University Associate Head Coach Nate Daligcon expressed how much Aune and Rivas have grown over the last threee years.  Daligcon stated, "We knew coming in they were good but we did not expect them to hit the ground running the way they did, not only are they great players and leaders on the field but they are great role models off the field as well."

With a talented playmaker like Rivas and a defensive stalwart like Aune on board, Seattle University always has a chance to win any game.  They are a college soccer combination to keep an eye on in 2018 and in the 2019 MLS draft.