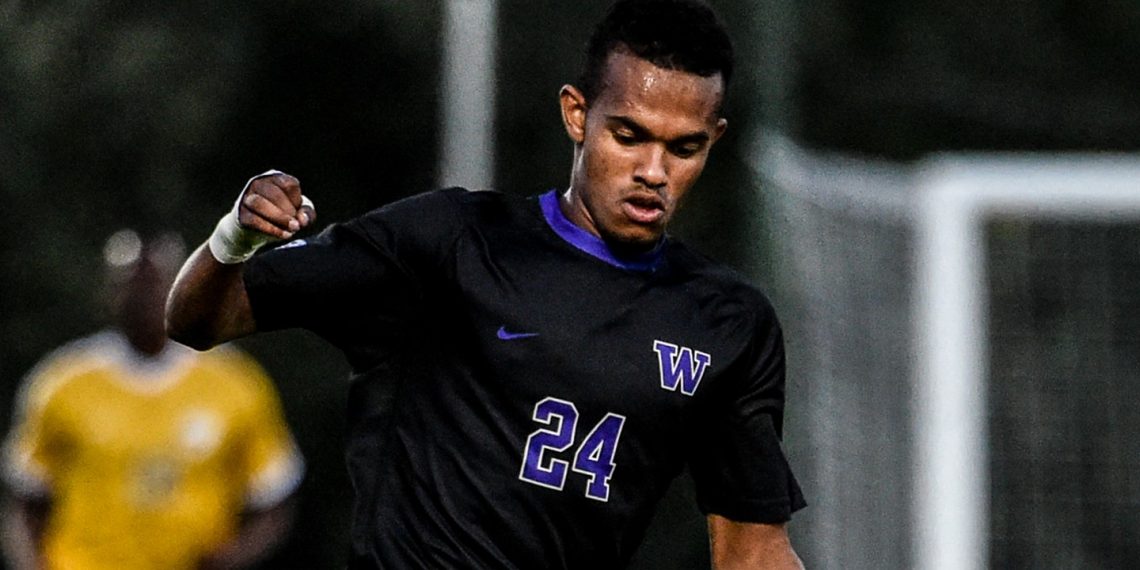 When you grow up in Africa, football is part of your upbringing. Handwalla Bwana is blessed with a talent very few in the college game possess, technique and the ability to take on defenders that reminds me very much of a young Clint Dempsey, who happens to be one of Handwalla’s  mentors from his time training with the Seattle sounders first team.  Handwalla's path to the pinnacle of college soccer has been anything but smooth. Looking ahead to the future I spoke with the Seattle Sounders Academy product and University of Washington All-American about his journey to college soccer stardom and the effect the college game and his coaches at Washington have had on him. Reflecting on his career and upbringing in Kenya, Bwana talks to me about who he supported growing up and who his childhood idol was. Handwalla talks a great deal about getting better, in a personal and collective sense, and his primary target is to repay back Washington for all they have done for him by helping them win and eventually realize his dream of becoming a professional soccer player.

Handwalla on the path he took to get to the college game:

“Coming to America from Kenya, and not speaking the language, not knowing anyone was a big adjustment for me, I ended up playing with a team called Seattle United, where I played for 4 years then joined the Sounders Academy in 2015 for a year before heading up to the University of Washington.”

Handwalla on how soccer impacted his upbringing in Kenya:

“It was tough growing up in Kenya, but soccer always served as an escape for me, I did not play on any teams in Kenya, it  was on the streets that I learned to play, we would play 4v4's or 5v5's barefoot and it was so much fun. I think that is how I developed my technique.”

Handwalla on the team he supported growing up and his childhood idols:

“I have been a Manchester United fan since I was 3 years old, but I enjoy watching different teams as well, especially those that play exciting football, as for my idol growing up, obviously there are so many players you look up to but I will have to say my biggest idol was my dad. He was a big influence on me growing up, he used to play but I didn’t see much of him, but he definitely introduced me to the game and that has stayed with me till now.”

Handwalla on the impact college soccer and his coaches have had on him:

“College soccer has provided me with a great opportunity to grow as a player and showcase my ability at a high level. The coaches here at Washington have been incredibly amazing, every single one of them. They try to improve myself and every player every day, they motivate me to be the best player I can be every time I step onto the field, they are willing to help me improve the little things in my game, the last 2 years I have spent here I have gotten better as a person and as a player. Above all they are incredibly good people who want the best for me, either on or off the field. They’ve had a big impact on me and I am very grateful to them.”

Handwalla on his vision for the future:

“My vision for the future is to be the best I can be, continue to do the things that got me this far, which is staying humble and working hard, and also continue to listen to my coaches and everything else will fall into place. Also continue enjoying my game wherever it takes me.”

Football has been Handwalla's salvation thus far; his pathway to a “better life” and he is relentless in pursuing his dreams.

Dela Agbotse is a contributing writer for College Soccer News.  He can be reached at agbotse11@gmail.com