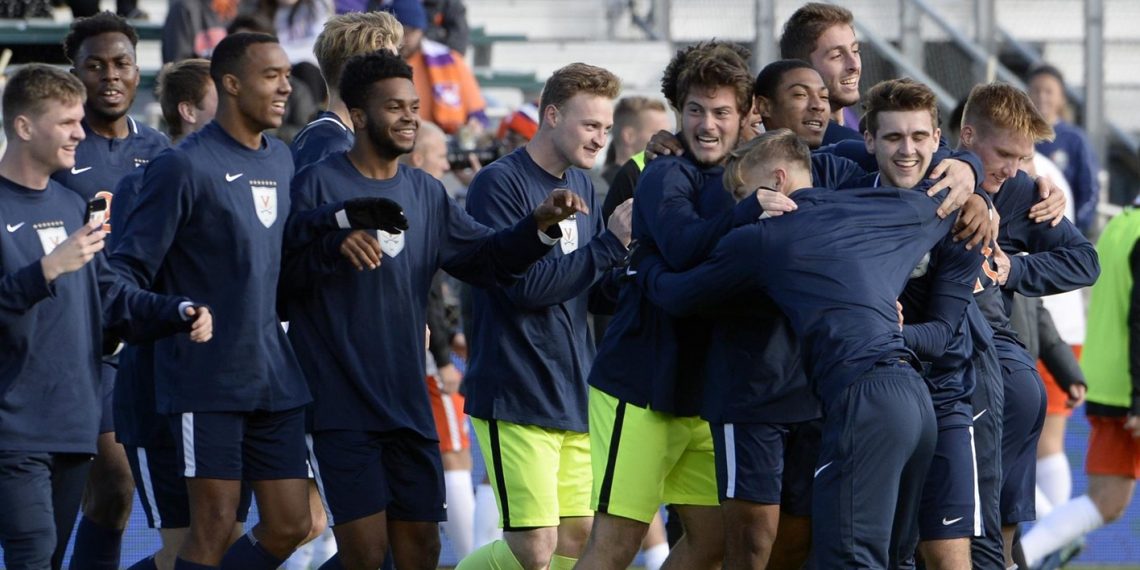 The ACC was the big winner with ten teams in the forty-eight team tournament. Three teams will be making their first ever appearance. There were upsets in conference tournaments but they didn't have the impact on at-large berths this year that they have had at times in the past.

Wright State, NJIT and Iona are appearing in the Division I NCAA Tourney for the first time in program history. The standard regarding what can be attained has forever been raised for those programs.

Indiana has earned a berth in the NCAA Tournament field for the thirty-third consecutive season but with so many freshmen in key roles it will be the first time for many on the pitch for Indiana.

It is not uncommon for an unexpected team to make a deep run in the NCAA Tourney. There is a lot more parity in college soccer than ever before but some programs don't get the press and perhaps respect that others do. Last year James Madison got hot and advanced to the Elite Eight leaving several ACC teams in their wake.  New Hampshire, Yale, UC Davis, Loyola Chicago, and James Madison once again are among those who could get hot and make a sustained run in the tourney this year.

There were not a lot of surprises this year in terms of the at-large berths awarded. The makeup of the tournament field is somewhat different than what was expected due to upsets in conference tournaments and the automatic berths awarded. However, the upsets didn’t have the impact on the distribution of at-large berths that it has at times in the past because the upsets occurred in conferences in which only the automatic berth received an invite.

California (8-6-3) with a 4-4-2 mark in Pac-12 play looks to be the at-large selection that is debatable.  True, the Golden Bears strengthened their resume with wins over Washington and Stanford at the end of the season and they had a good 3-0 win over UC Santa Barbara early in the season but an RPI of forty-nine was not a selling point. California will face UC Santa Barbara in the first round of the NCAA Tournament with the winner advancing to face Saint Mary’s.

Left Standing At The Alter

FIU out of CUSA was 11-2-4 overall with a 4-2-1 mark in conference play. The Panthers were eliminated by Charlotte in the CUSA Tournament semifinals 1-0. They had an RPI of thirty-six with signature wins over James Madison and Kentucky but hurt their case for a berth when they went 1-3-2 in their last six games and were eliminated in the CUSA Tournament semifinals by Charlotte 1-0.

Who Would Have Thought It?

North Carolina (7-7-4), Duke (7-9-2), Akron (6-10-2) and Michigan State (3-12-3) are among the premier programs in the country. They are normally in the tournament field but didn’t have the type of season this year that they normally have so didn’t get to go dancing.  Last year Akron and Michigan State advanced to the College Cup.

It was a surprise to find that Missouri State (17-0-1) with an RPI of twelve didn’t receive one of the top sixteen seeds.

Saint Mary’s Anders Engebretsen (16g, 8a), James Madison’s Manuel Ferriol (16g, 6a), UCF’s Cal Jennings (16g, 4a), SMU’s Garrett McLaughlin (15g,5a) and Clemson’s Robbie Robinson (15g, 9a) are explosive goal scorers who are capable of scoring in multiples. Campbell’s Thibaut Jacquel (17g, 5a) and NJIT’s Rene White (17g, 2a) don’t get the same press but they are also among the best finishers in the county.

Ten teams in the ACC earned a berth into the NCAA Tournament. (Virginia, Clemson, Virginia Tech, Notre Dame, Syracuse, NC State, Wake Forest, Pittsburgh, Louisville, Boston College) The RPI of individual teams is a big factor in the selection of the teams that will receive an at-large berth.  ACC is hands down the strongest conference in the country from top to bottom. All of the ten teams are very competitive but some might question whether or not ten of the twelve teams in the conference should earn a berth.  A strong showing in the tournament would establish otherwise.

Saint Mary’s (16-1-0) out of the West Coast Conference and Missouri State (17-0-1) out of the Missouri Valley Conference won a lot of games this year. It will be interesting to see how they fare in the tournament.  Saint Mary’s will face the winner of the UC Santa Barbara and California game.  A win in that one will likely match them up with number five seed Indiana on the road.  Missouri State hosts Denver in the first round. If they win, they will travel to Orlando to tangle with number nine seed UCF.

A run by two or three of them to the Elite Eight or beyond would tend to support the viewpoint of those who believe that the teams from the west coast are not given their due when it comes to national standing.  Early exits might indicate otherwise. It will be interesting. #12 seed Saint Mary’s, UCSB, and California are in the Wake Forest bracket. #6 seed Washington and #14 seed UC Davis are in the Georgetown bracket. #7 seed Stanford and Seattle are in the Clemson bracket.