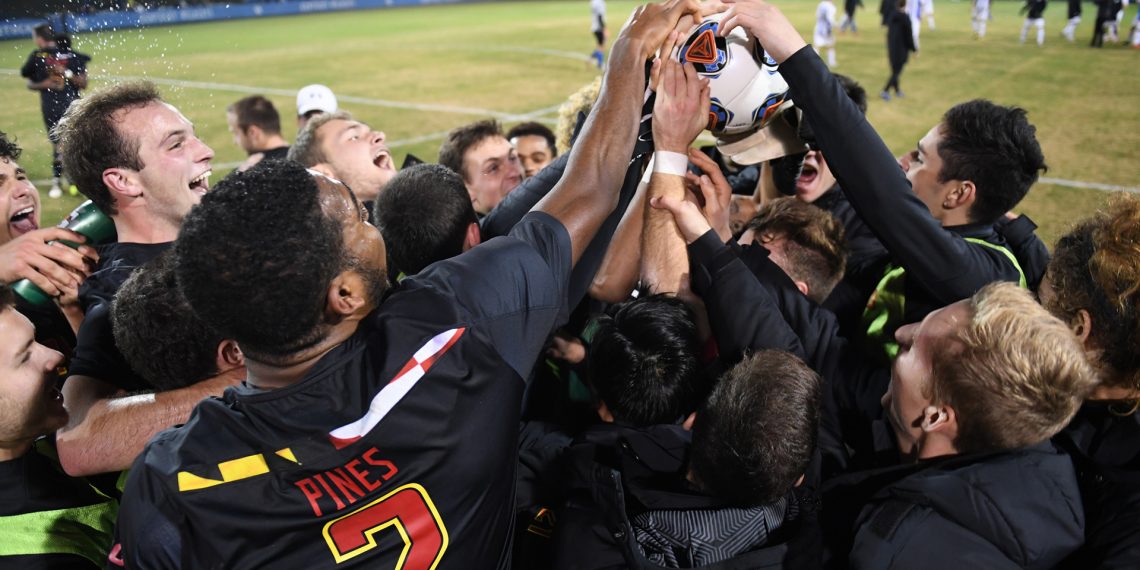 The Tale of the Tape provided a statistical comparison of the four participants in the 2018 College Cup.  Now it's time to take a look at seven important intangibles that can come into play when the margin for error is small.

Senior leadership – It can be a difference maker when playing on the biggest stage in college soccer.

Akron – Defenders Morgan Hackworth and Adbi Mohamed and goalkeeper Ben Lundt are among the seniors in the starting lineup.

Indiana – Defender Andrew Gutman and defensive midfielder Francisco Moore are among a large group of seniors who set the pace for the Hoosiers.

Freshmen in Key roles – They now have a year of starting experience under their belts but nonetheless this is their first rodeo.

Akron – Defenders Carlo Ritaccio, Marco Milanese, and Poi Hernandez and midfielders Colin Bioro (3g, 3a) and Sam Tojaga (0g, 3a) have been starters.

Maryland – Midfielder William James Herve (3g, 3a) is the lone freshman in the starting lineup.

Indiana – Defender Jack Maher is the lone freshman in the starting lineup.

Momentum – Having the wind at your back is always a plus.

Akron – No one has had a more difficult road to Santa Barbara than the Zips who had to top number one seed Wake Forest in Winston Salem and three-time defending champion Stanford on the road to punch their ticket to Santa Barbara.  That is a real confidence builder.

Michigan State – This is the first time since the 1968 season that the Spartans have advanced to the College Cup.  This senior lead team is focused on making the most out of the opportunity that they have been provided.  Michigan State is playing their best soccer of the year.

Maryland – The Terps are back on track and playing Maryland soccer.  They are peaking at the right time. This is a team that is eager to establish that it is wise to Fear the Turtle.

Overall Experience – Composure is a plus.

Akron – This is a relatively young Akron side with only five upperclassmen in the starting lineup.

Michigan State – This is a veteran Spartan team with ten upperclassmen in the starting lineup including six seniors.

Maryland – Nine of the starters are upper classmen with seven of them multi-year starters.

Indiana – Seven seniors are in the starting lineup.  Nine starters returned from the team that played for the national championship last year.

Maryland – Midfielder Amar Sejdic (6g, 0a) and forwards Paul Bin (4g, 2a), and Sebastian Elney (3g, 2a) do a great job of putting together sequences that create scoring opportunities.

Indiana – Midfielders Trevor Swartz (1g, 16a), Austin Panchot (5g, 4a), and Griffin Dorsey (5g, 5a), back Andrew Gutman (11g, 9a) and forward Justin Rennicks (6g, 0a) are often involved in possessions that create scoring opportunities.

Hunger.  Being talented and hungry makes a team dangerous.

Akron – No one thought this Akron team would still be standing at this point in the tourney.  They are a team with a continued appetite to show just how good they are.

Michigan State – The Spartans have had a bit of an up and down season that included a 2-1 loss to Akron back on October 9.  They are now on a roll and look to be hungry for more success.

Maryland – The Terps were disappointed when they lost to Indiana in the Big Ten Tournament in a game that required penalty kicks to determine who advanced after the contest was tied 1-1 at the end of 110 minutes of play.  Maryland is salivating to have another shot at the Hoosiers.

Indiana – It is pretty simple.  This team is determined to claim the national championship.

The play between the pipes.  No position has a greater impact on the outcome of the College Cup than the goalkeeper.  All four netminders are outstanding goalkeepers.