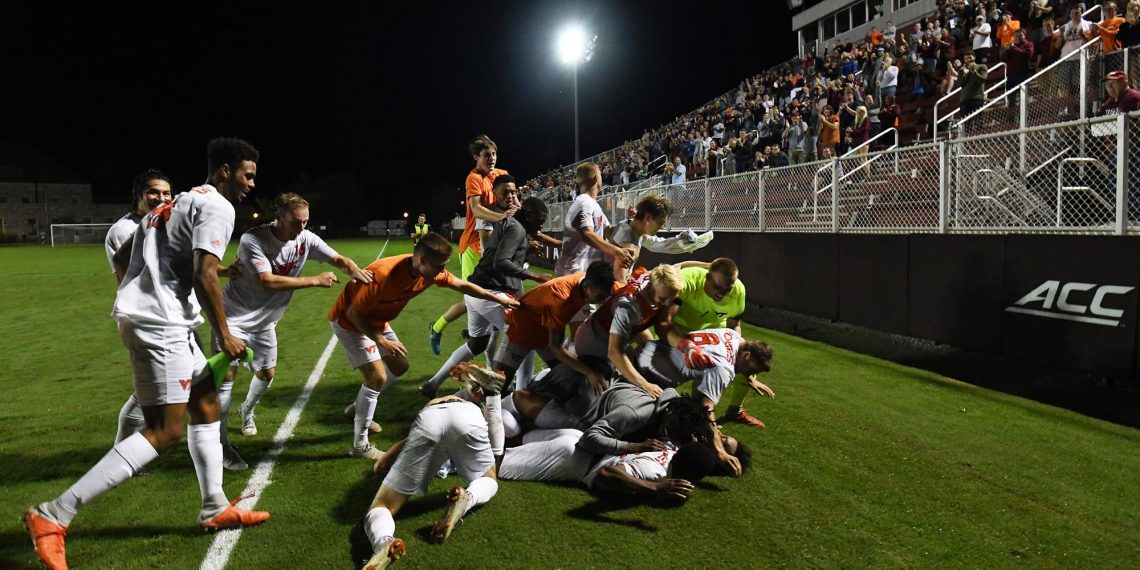 The Hokies have announced the addition of five newcomers who will add depth and balance to a Virginia Tech team that returns almost everyone from the 2018 squad that was 11-7-3 overall, earned the number twelve seed in the NCAA Tournament, and advanced to the Sweet Sixteen.

Departures and Gaps – The roster turnover at Virginia Tech is minimal. There were only two seniors on the Hokie roster in 2018. Midfielder Rory Slevin is the lone starter not slated to return. Slevin was a four-year starter who ended his tenure in Blacksburg with one career goal, six assists, and five NCAA Tournament wins. The Hokies will also be without Associate Head Coach Jeff Kinney who departed to accept the head coaching position at UAB. Kinney joined the coaching staff at Virginia Tech in 2012.

Opportunities for Improvement – Virginia Tech's schedule will again be very demanding in 2019. Last year they faced a total of nine teams that earned a berth in the NCAA Tournament and finished the season with an RPI of 13. The Hokies will welcome back a very talented and experienced group in 2019. Nonetheless, with another very challenging dance card their margin for error will remain small. Virginia Tech's efforts to build on the success that they have experienced the past three years will depend in part on continued improvement in their ability to put together a full ninety minutes of play and the avoidance of lapses particulary on the defensive side of the ball.

Coach's Recruiting Class Comment – Mike Brizendine stated, " We haven't left our model, which is getting the best Virginia kids first and then expanding from there.  I think that we will address some of our needs and I expect to see some of the newcomers getting minutes right away."  He added, "When we recruit a player, we always look at what kind of player they are on the field, but also what their academics are like and most importantly, the kind of person they are. I think this group of young men, each one of them is a five star in those three categories."

Summary – The Hokies have momentum. This time last year Brizendine faced the challenge of filling some serious voids on both sides of the ball due to graduation. He successfully filled the gaps with the addition of a 2018 recuriting class that included several experienced players who contributed immediately, a couple of players who returned from injuries, and several other returning players who responded to the opportunity to play a greater role. What on the surface appeared to be a rebuilding year in 2018 turned out to be a very successful season in which Virginia Tech was 11-7-3 overall, earned the program's third consecutive invite to the NCAA Tournament, a number twelve seed, and advanced to the Sweet Sixteen. The landscape is different heading into the 2019 season with so much talent and experience slated to return including forwards Kristo Strickler (10g, 4a) and Nico Quashie (6g, 2a), midfielder James Kasak (1g, 7a), defender Will Mejia, and goalkeeper Mathijs Swanevedl. As a result the Hokies were able to focus on the addition of a 2019 recruiting class that will add balance and depth and help address the attritution that will occur in future seasons.