Potential Number One Picks In 2017 MLS Draft – by Ben Roth 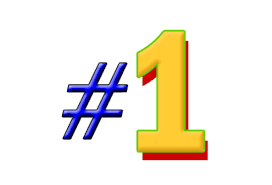 December 27, 2016 – As the 2017 MLS Superdraft is quickly approaching and Generation Adidas (GA) deals are being dished out, the top picks are beginning to come into focus.

For the second time in three years, Minnesota United FC Head Coach Adrian Heath holds the keys to the #1 pick. In 2015, as head coach of another expansion team, Orlando City SC, he selected UCONN forward Cyle Larin who has gone on to score thirty-one goals in his first two MLS seasons.  Unlike 2015, where Larin was the consensus top pick, this year has a few young prospects battling for the top spot.

College Soccer News takes a look at these players and who will earn the coveted #1 overall selection.

Abu Danladi (UCLA):The electric Bruins forward has all the intangibles to make it in MLS.  Danladi, a Right to Dream Academy product, has a strong frame, an excellent change of pace, and combines well with his teammates.

If not for being injury prone at UCLA, the former Gatorade National Player of the Year would almost certainly go #1.  There are doubts about whether Danladi can stay healthy in a physical and draining MLS league, but his potential is worth taking a risk on.  When healthy, the Ghanian striker can take over a game; proof by scoring 2 goals in 11 seconds against #1 Akron earlier this year. This past season, the Bruins #9 managed to notch 7 goals and 2 assists in just 744 minutes.  Under Heath, Minnesota United will likely play a one-striker formation, which could actually suit Danladi quite well.

With current Minnesota United star forward Christian Ramirez on the roster, Danladi could learn under his wing and provide the team with a great attacking option off the bench, before maturing into a starting role.

Jackson Yueill (UCLA): Danladi’s teammate, Yueill (2g, 11a) has also been offered a GA deal by MLS and will likely be the #1 pick if Minnesota United decides not to draft a forward.

The Bruins center mid is a two-way midfielder with a superb soccer IQ and vision.  Yueill would immediately help a Minnesota side which, a month out of MLS preseason doesn’t have a starting caliber midfielder on their roster.  As a Minnesota native, Yueill becomes even enticing to add as a local connection for the fan base to unite around.

Much like a Crisian Roldan coming out of college a few years back, Yueill can play anywhere in the midfield, but his position isn’t quite known at the next level.  That’s part of the reason why Roldan dropped so far in 2015, but as his play in MLS has shown, don’t skip out on “undersized” creative midfielders.

Minnesota attempted to sign the U.S. Youth National teamer as a homegrown product, but to no avail thus far.

Jeremy Ebobisse (Duke/MLS): Ebobisse, a former Blue Devil took the year off to explore options domestically and abroad before ultimately signing a contract with MLS.

Of the potential #1 picks, Ebobisse is the most pro ready and that’s what makes him such an attractive pick. Coming off a year where he was the U.S. U20’s best player, his stock couldn’t be any higher.  The Bethesda-Olney SC Academy product combines freakish athletic ability with great off-ball movement and a knack for scoring. In his two years in Durham he scored nine goals while assisting seven times.

Minnesota United has gotten a taste of Ebobisse as he trained with the team for a week in October.  Add that to Head Coach Adrian Heath flying out to California to watch Ebobisse with the U20s earlier this month, you could say he’s definitely on their radar.

Miles Robinson (Syracuse): While not one of the top 3 favorites to go #1, if Heath decides to go with a defender, Robinson will surely be the pick.

The ACC Defender of the Year was the standout for the three-man Syracuse back line, which recorded 11 shutouts this year. Robinson (4g, 1a) is a tough nosed defender that can only be described as a physical beast.  His closest comparison coming out of college is probably Christian Dean from Cal in 2014, but scouts think Robinson is more pro ready.

The College Soccer News 2nd team All American is a consensus top 5 pick and will be one to watch going forward.

Ben Roth is a contributing writer for College Soccer News. He can be reached at Ben.rothpda16@gmail.com