College Soccer News May 3, 2021 Player Of The Week 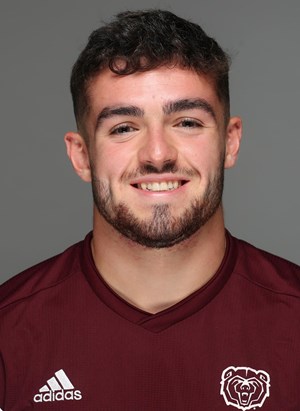 No player in the country came through in the clutch during the second round of play more than Jon Koka did for Missouri State.

The Bears looked to be headed for defeat when Maryland took a 1-0 lead in the 84th minute of play but that was not to be the case. Koka and his teammates responded with two goals during the last five minutes of the contest. Koka scored the equalizer in the 86th minute of play followed by the game-winning goal with only 35 ticks remaining in regulation to secure a 2-1 win for the Bears over the Terps.

Missouri State improves to 12-1-0 and survives and advances to the third round of play in the NCAA Tournament for the first time in the history of the program. The Bears will tangle with seven seed Washington on Thursday, May 6 in what looks to be a great third round matchup.

Koka pretty much summed things up when he stated, “It’s an unbelievable feeling to help the team like that.”

Veteran Missouri State head coach Jon Leamy added, “This is a terrific win for the team, the program and the university. We absolutely felt like we could come back after giving up the goal and the team did a fantastic job to go out there and take care of it. We’re excited to get a chance to play another game and look forward to carrying this momentum into Thursday’s match.”