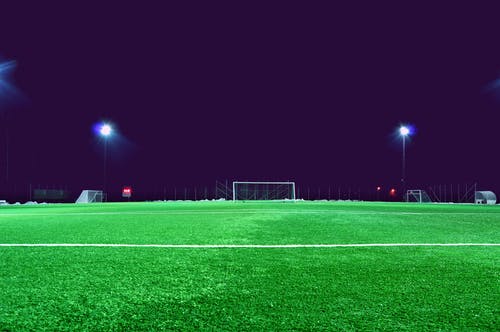 This And That. It Has Been An Interesting Season To Date. Teams Are Beginning To Jell But Much Could Change Between Now And The Start Of NCAA Tournament Play.

Overtime – It seems like more than the usual number of contests are requiring extra time to determine a winner.

Stamina, confidence and focus are among the factors that impact success in overtime. Four of number two ranked Washington’s eight wins to date have come in overtime including their most recent 1-0 win over San Diego State in Pac-12 play.

Experience – It can make a difference.

Number five New Hampshire is off to a 10-0-0 start. Seven graduate students have played a key role in their success. Defenders Bridger Hansen, Adam Savill and Sam Henneberg, midfielders Linus Fallberg and Johann Von Knebel and forwards Paul Meyer and Jacob Gould are a part of a very good Wildcat team. Six graduate students were in the starting lineup in New Hampshire’s recent 3-1 win over Harvard.

Precarious Leads – A 2-0 advantage is considered the most dangerous lead to have in soccer.

This old axiom has been the case at times this year. Examples this week include James Madison’s 3-2 win over George Washington in which the Dukes won after trailing 2-0 at halftime and Oregon State’s 4-3 win over UCLA in which the Bruins held a 3-1 advantage with 28 minutes remaining in regulation. Oregon State turned what looked to be a defeat into a win when they scored three times in a three-minute span.

Sophomore Bump – John Kerr’s Duke team is off to a 7-1-0 start. Six sophomores were in the starting lineup in Duke’s 3-0 win over North Carolina, seven in the starting lineup in their win over Syracuse and eight in their most recent win over non-conference foe Howard. Sophomore defenders Lewis McGarvey, Antino Lopez and Amir Daley, midfielders Peter Stroud, and Santa Ihara, forwards Miguel Ramirez and Thorleifur Ulfursson and goalkeeper JT Harms are all making an impact and have gotten a bump in the level of their play due to the experience gained as freshmen.

Defender Ian Murphy is among those who provide senior leadership.

Duke has what could be a tough ACC contest coming up on Friday night at 7 p.m. when they host Louisville.

Playing To Your Strengths – The Hoyas always do a great job under the guidance of head coach Brian Wiese of settling into a rhythm of play that gives them the edge in close contests. This year is no exception.

Georgetown is off to a 7-0-0 start and now the consensus number one team in the country. Georgetown looks to be a team with a small margin for error but a team that when they settle into a rhythm is going to be very hard to beat. This is a team that is doing a really good job of finding a way to come up with the big goal they need to prevail while playing rock solid defense. Midfielders Dante Polvara (2g, 3a) and John Franks (2g, 2a) and forward Stefan Stojanovic (3g, 0a) are among the Hoyas with big play ability. Goalkeepers Giannis Nikopolidis and Ethan Koehler anchor a defense that has only allowed two goals to date.

Set Pieces – There have been numerous examples to date but suffice it to say that the play of teams on both sides of the ball out of set pieces is a critical success factor.

Teams that are able to take advantage of the opportunities that come their way out of restarts are dangerous opponents to face. Conversely teams who do not defend well out of set pieces will have a tough time winning the close games particularly as the season progresses and opponents begin to jell on the offensive side of the ball.

This week North Carolina and UNCW were scoreless at halftime. During the second stanza UNCW had two shots both resulting in a score. The first was out of a free kick from just outside the box and the second was out of a corner kick giving the Seahawks a 2-1 win over the Tar Heels.

Upsets – There have been a lot so far this year and likely more to come. UNCW’s win over North Carolina this week and Liberty’s 1-0 win over Wake Forest in Winston-Salem are the most recent examples.

Conference Battles – Something Has To Give – This is the time of the year when ranked opponents in all conferences but particularly the ACC, Big Ten, Pac-12 and Big East begin to knock each other off in conference play.

Wisconsin (4-2-3) with a five-game unbeaten streak.

Ohio State (4-4-1) with recent wins over Akron and Bowling Green.

Charlotte (6-2-0) with a four-game winning streak.

West Coast Flagship – UCLA, Stanford, and UC Santa Barbara were the Flagship programs on the West Coast at different points in time.