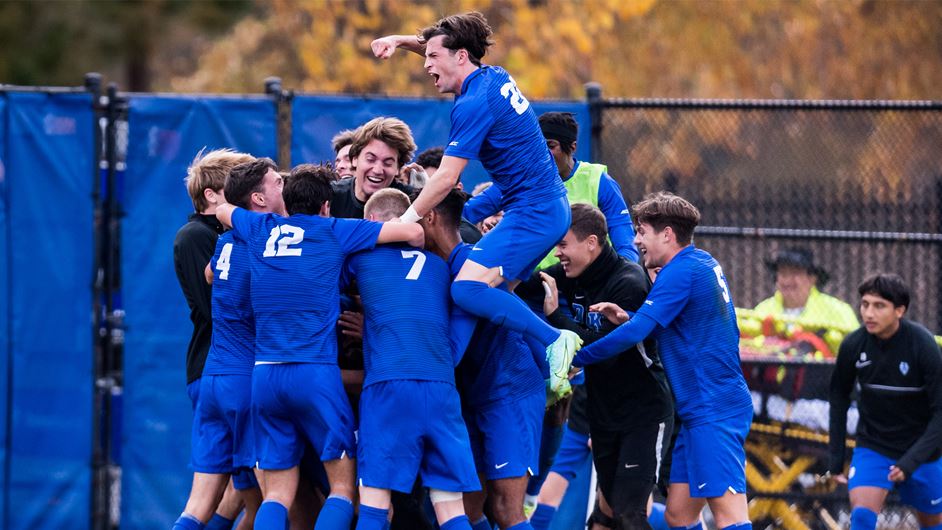 Eight Excellent College Soccer Contests On Tap This Weekend At Venues Across The Country.

New Hampshire (17–1-2) at Oregon State (13-2-3) – A veteran New Hampshire team plays a style of soccer that is conducive to a sustained run in the NCAA Tournament. The Wildcats have not allowed an opponent to score more than a single goal in a game all year while their attack is averaging 2.35 goals per game. Oregon State led by Tyrone Mondi (8g, 5a), Sofiane Djeffal (5g, 6a) and Tsiki Ntsabeleng (5g, 6a) among others is among the best teams in the country at putting pressure on their opponents in their attacking third. If New Hampshire can contain the Beavers as they have other teams all year then they have a good shot at upsetting the number one seed.

Kentucky (15-1-4) at Clemson (14-5-0) – This one has the makings of a very exciting college soccer contest. Both teams may be a little cautious in the early going, repeat may be, but the chances are pretty good that this one will evolve into a run and gun game with several momentum shifts likely. Look for the outcome of this match to come down to which backline is able to avoid lapses in play. Kentucky’s backline includes Lucca Rodrigues, Mason Visconti, Robert Screen and Luis Grassow with Jan Hoffelner in goal. Clemson’s backline consists of Oskar Agren, Justin Malou, Hamady Diop, and Charlie Asensio with George Marks in goal. On the offensive side of the ball the chances are pretty good that the play of Kentucky midfielder Marcel Meinzer and Clemson midfielders Callum Johnson and Luis Felipe Fernandez-Salvador will factor into the outcome.

Hofstra (18-1-2) at Pittsburgh (12-5-1) – Pitt has been known the last few years for having an explosive multi-dimensional offense but Hofstra also has a high octane offense that is averaging 2.67 goals per game. So look for this one to hinge in part on the ability of Pitt’s backline of Graduate Student Jasper Loeffelsend, senior Arturo Ordonez, and juniors Raphael Crivello and Mohammad Abualnadi along with Graduate Student goalkeeper Nico Campuzano to contain a Hofstra offense powered by forwards Ryan Carmichael (15g, 9a) and Matthew Vowinkel (13g, 9a) and midfielder Hendrik Hebbeker (9g, 11a). If either side settles into a rhythm on the offensive side of the ball they will be very hard to beat.

Wake Forest (13-6-1) at Notre Dame (13-5-3) – These two ACC teams did not face each other during regular season play. Solid play on the defensive side of the ball and an opportunistic attack powered by Jack Lynn (9g, 4a), Dawson McCartney (7g, 5a) and Matthew Roou (6g, 3a) have been the hallmarks of an Irish team that has only lost once in their last 13 games. Wake Forest has a productive attack led by Kyle Holcomb (11g, 4a) but lapses in play on the defensive side of the ball particularly in transitions have hampered the Demon Deacons at times. Notre Dame is tough to beat if they get on the board first but they are vulnerable if they do not. This one is going to be impacted by whether or not Wake Forest can match Notre Dame’s intensity on the defensive side of the ball. If they can then this one could go either way.

Providence (12-4-4) at Georgetown (17-2-0) – No prisoners’ will be taken in what will likely be a very physical game. Providence won 3-0 the first time these two teams met and Georgetown prevailed 2-1 in overtime in the second. Georgetown is very tough to beat when they are able to settle in and play their game but Providence matches up well with them and if the Friars can jump out to an early lead and set the pace Georgetown is vulnerable. The play of forward Stefan Stojanovic and midfielders Dante Polvara and Sean Zawadzki will set the pace for the Hoyas. Forward Brendan McSorley (8g, 3a) and midfielder Paulo Lima (4g, 4a) are among those who will set the pace for the Friars. At the end of the day this one could come down to which goalkeeper, Providence’s Lukas Burns or Georgetown’s Giannis Nikopolidis, has the better day between the pipes.

West Virginia (11-3-5) at Tulsa (16-1-1) – West Virginia has had a banner season under first year head coach Dan Stratford but they are a team that is still at times a work in progress with a small margin for error. The play of fifth-year senior goalkeeper Steven Tekesky has been huge for the Mountaineers and has given them the edge they needed at times to prevail. In order for West Virginia to top Tulsa on the road they are going to have to finish the opportunities that come their way on the offensive side of the ball. Their inability to do that at times has been their Achilles heel. Tulsa under head coach Tom McIntosh has shown a lot of grit all year and has done a really good job of finding a way to close out contests. Fifteen different players have scored for Tulsa but the unanswered question for the Golden Hurricane is if Alex Meinhard (12g, 2a) and Malik Henry-Scott (7g, 2a) are not in the lineup what impact will that have on their productivity?

Saint Louis (15-0-4) at Duke (14-4-1) – This is among the most intriguing Sweet Sixteen matchups. There is a lot to like about both of these teams and both are hungry to succeed. Both have very capable playmakers. Obviously it will take a team effort to prevail but this one is very likely to hinge on which of the playmakers are able to come up with the big play their teams need to win. Forward Simon Becher (13g, 9a) and midfielder John Klein (6g, 15a) for Saint Louis or forward Thorleifur Ulfarsson (14g, 1a) and midfielder Peter Stroud (4g, 3a) for Duke.

Indiana (15-5-1) at Washington (15-1-2) – The storyline in this one is whether Indiana’s offense will be able to apply the pressure they need to create and finish scoring opportunities without creating situations in which they are vulnerable on the defensive side of the ball. If the Hoosiers can settle into an appropriate balance they have a chance to pull off the upset. This one may be scoreless for a while but if Washington is able to get out on the front foot and dominate the run of play they should begin to push numbers forward as the match progresses and find gaps that they can exploit. Neither one of these teams wants to have to chase the contest.