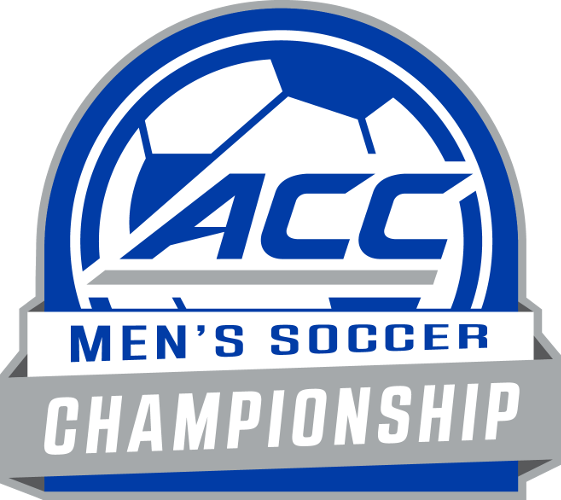 After AN ENTERTAINING FINAL MATCHDAY ON FRIDAY EVENING, THE MEN’S acc TOURNAMENT BRACKET IS SET. eIGHT OF THE TWELVE TEAMS WILL PLAY IN THE TOURNAMENT’S FIRST ROUND ON WEDNESDAY, NOVEMBER 3. tHE FIRST THREE ROUNDS WILL BE PLAYED ON CAMPUS SITES, WITH THE HIGHER SEED HOSTING EACH MATCH. THE FINAL IS SET TO BE PLAYED AT wAKEmED SOCCER pARK.

Boston College had a chance to secure a home game in round one with a win in their regular season ending contest on the road against NC State. If the Eagles had prevailed the seeds in this one would be reversed, but the Eagles fell late in overtime on Friday to the Wolfpack 1-0 giving Virginia Tech the #8 seed.

Virginia Tech suffered a heavy 4-1 loss on the road to Pittsburgh on Friday during which they allowed the Panthers to put three in the back of the net in a seven minute span immediately following the receipt of a red card to senior defender Sivert Haugli. Whether the outcome would have been different had the Hokies not had to play with ten will never be known but what is known is that Virginia Tech will be hoping for a different outcome when they tangle with Boston College in the first round of the ACC Tourney.

The Eagles and the Hokies played early in October in Massachusetts, where neither team could find a goal in a contest that ended up a 0-0 draw. Virginia Tech has had some good wins this year, notably defeating then #1 Marshall 3-2 in August during which they rebounded from a two goal deficit at halftime to secure the win. Boston College will arrive in Blacksburg with an attack powered by midfielder Michael Suski (6g, 3a) and forward Stefan Sigurdarson (6g, 0a) believing they can win it, but the Eagles are a dismal 1-6-0 on the road so the advantage in this one belongs to Virginia Tech.

Despite being inconsistent at times in getting results, the Hokies have proven that on a given night they are capable of defeating anyone. If they play to their potential, Virginia Tech should take care of business, top the Eagles, and advance to the next round.

Coming off an emotional and entertaining senior night win over Boston College, NC State hopes they can keep it going and pull off a Cinderella run in the conference tournament.

Notre Dame is coming off a tough 3-1 loss to North Carolina in Chapel Hill during which they uncharacteristically conceded two goals within the first two minutes of the contest.

It’s important to remember that the Irish needed nearly 84 minutes to score when they hosted NC State back in September. Accordingly, the question here will be whether or not the Wolfpack defense anchored in goal by redshirt senior goalkeeper Leon Krapf and by backs graduate student Jamie Smith, senior Pepe Garcia, and juniors Pablo Pedregosa can repeat that and make it difficult for the Fighting Irish.

Notre Dame doesn’t score a lot of goals (10 in ACC play, 10th in the conference), but they don’t concede many either having allowed only 8 goals in conference play which is the least allowed by any ACC team. Forward Jack Lynn (7g, 3a) and midfielder Dawson McCartney (6g, 3a) are among the key playmakers on the offensive side of the ball for the Irish.

NC State doesn’t score often either, with only 4 goals in 8 ACC games. Freshman midfielder Luke Hille (6g, 1a) provided the golden goal for the Wolfpack in their win Friday over Boston College.

Neither of these teams wants to have to chase the game from behind and create a scenario where they are vulnerable on the defensive side of the ball. This one will likely come down to which team who can come up with the one big play needed to give them the edge needed to control the tempo and pace of the contest. Breakdowns on the defensive sides of the ball will be costly. Expect a low scoring match here, potentially another 1-0 scoreline.

Both of these teams could possibly make a run in the conference tournament. This one could easily go either way.

Virginia began the season with two straight wins, but struggled to put together a winning streak once the competition became more difficult. However, the Cavaliers pushed a nationally ranked Duke (#11 CSN) team to overtime in Durham before losing 3-2. In their prior ACC matchup Virginia had a 2-2 draw with a very talented Pitt team. Virginia seems to have settled in and looks to be playing their best soccer of the year with renewed confidence at the right time.

As for Wake Forest, the then top number six ranked Demon Deacons, opened the 2021 season with an unexpected and somewhat shocking 2-0 loss at home to VCU that raised questions and seemed to unsettle them. ln conference play, the Demon Deacons have had good moments and not-so-good moments. They dropped two points at home in a 1-1 tie with NC State, lost 2-1 at home to Clemson and lost 3-2 on the road on the penultimate matchday. On the other hand, Wake Forest upset then number five ranked Pittsburgh 3-1 on September 17 and then number five ranked Virginia Tech 3-1on October 16.

This one could go either way and could extend into overtime. All things considered, the edge has to go to a Wake Forest team (#25 CSN) that has won six of their last seven contests and will have the advantage of playing at home. It is also a big plus that Demon Deacon forward and leading scorer Kyle Holcomb (8g, 4a) has been in good form of late with three goals in the last four matches.

There are some uncertainties in regard to the outcome of this one but you can count on Ian McIntrye having Syracuse prepared to play and Carlos Somoano doing the same for North Carolina.

If you are someone who likes patterns and believes that a pattern will continue then you have to feel pretty good in regard to North Carolinas chances of coming out on top. The Tar Heels do have a streak in ACC play, where they lose two in a row, then win two in a row, and then it repeats. This is just a coincidence, but it is still an interesting one.

Syracuse, on the other hand, started out positively with a win at Virginia, but then lost a goal fest heartbreaker 5-4 to Louisville in extra time at home. The Orange pulled off their biggest win of the season last Saturday when they upset nationally ranked Clemson 2-0 behind goals from forwards senior Manel Busquets (6g, 2a) and sophomore Deandre Kerr (9g, 3a). A subsequent 2-0 loss on Friday to Wake Forest in Winston-Salem erased any hopes the Orange had of a home game in round one. Nonetheless, Syracuse is a team that always get stronger as the season progresses and they have caused problems for UNC in the past which makes this an interesting contest.

North Carolina has momentum. The Tar Heels are coming off of two straight wins over nationally ranked opponents Virginia Tech and Notre Dame. This one may be close but there isn’t much reason to believe that UNC’s winning streak will end, so look for The Tar Heels if they play to their potential to win by multiple goals. Freshman forward Tega Ikoba (6g, 2a) has been an emerging force and added an additional dimension to North Carolina’s attack. Chances are also pretty good that Tar Heel senior midfielder Milo Garvanian and senior forward Santiago Herrera will be key playmakers for the North Carolina.

Teams With A BYE To The Quarterfinals

Pittsburgh earned the top seed in the ACC Tournament. The Panthers are coming off an impressive 4-1 win over Virginia Tech in their high powered and multi-dimensional offense was in fine form. When Pitt gets in gear they are a very hard team to contain and can quickly score in multiples. The highest-scoring team in the conference, any matchup that Pittsburgh has is sure to have some goals. Pitt is definitely one of the favorites to win the ACC’s automatic bid to the NCAA Tournament.

Clemson actually finished tied for the third-most points in the conference (15), but they had the head-to-head tiebreaker over Louisville which meant that they won the Atlantic Division. As a division winner, they automatically received a top-two seed, but had less points that Pittsburgh. Clemson is a team that likes to wait when it comes to scoring goals, as they have scored 11 of their last 12 goals in the second half/overtime, including 4 each in wins over FIU and Louisville. With this the case, Clemson can’t be counted out of any game. We could see a rematch of last year’s championship with Pittsburgh and Clemson on a crash course to the title match in Cary.

Senior midfielder Luis Felipe Fernandez-Salvador has a knack of coming up with big plays in big games for the Tigers. Clemson’s defense anchored in goal by senior George Marks and senior backs Justin Malou and Charlie Asensio, junior Oskar Agren and sophomore Hamady Diop is very solid and experienced.

The Blue Devils got a thrilling 3-2 overtime win sophomore back Lewis McGarvey heading in the game-winning goal against Virginia on Friday night, but lost to Pittsburgh earlier in the season, giving the Panthers the tiebreaker and top overall seed.

Whether it’s Wake Forest or Virginia that will head to Durham for the quarterfinal, Duke won’t have an easy task. As previously mentioned, the Blue Devils witnessed firsthand how close Virginia came to snatching a win (a few inches to be exact, as the Cavaliers hit the post in overtime.). Duke narrowly defeated Virginia Tech 1-0 back in early September where they needed a penalty kick to get the 3 points. Despite what should be a tough matchup in the quarterfinals, Duke is a team who can make some noise and has a good shot of making it to the final in Cary.

A very good case could be made that Duke with the likes of forward Thorleifur Ulfarsson, midfielders Peter Stroud, Nick Pariano, Ruben Mesalles, Luke Thomas and Santa Ihara and backs Lewis McGarvey among others has the strongest sophomore class in the country. Seniors goalkeeper Eliot Hamill and back Ian Murphy add stability and experience.

After only winning five games in 2020-2021, Louisville has doubled their win total this year, and were 45 good minutes away from winning the Atlantic Division and being the top seed. Unfortunately for the Cardinals, they did not have a good second half, shipping four goals to Clemson on Friday to fall 5-1.

While their record looks good, the Cardinals haven’t performed well in big games, losing to ranked Duke and Virginia Tech teams in back-to-back weeks. A positive, however, is that Louisville knows how to score goals, as they’ve put the ball in the back of the net 18 times in ACC action, only behind Pittsburgh in that statistic. The downside to that though is the fact that Louisville has allowed the most goals (17) to opposing ACC teams. We could see a high-scoring affair in Louisville’s matches. The Cardinals will likely have to sort things out on the defensive side of the ball if they want to make a run.