Keep An Eye On These College Soccer Contests This Weekend 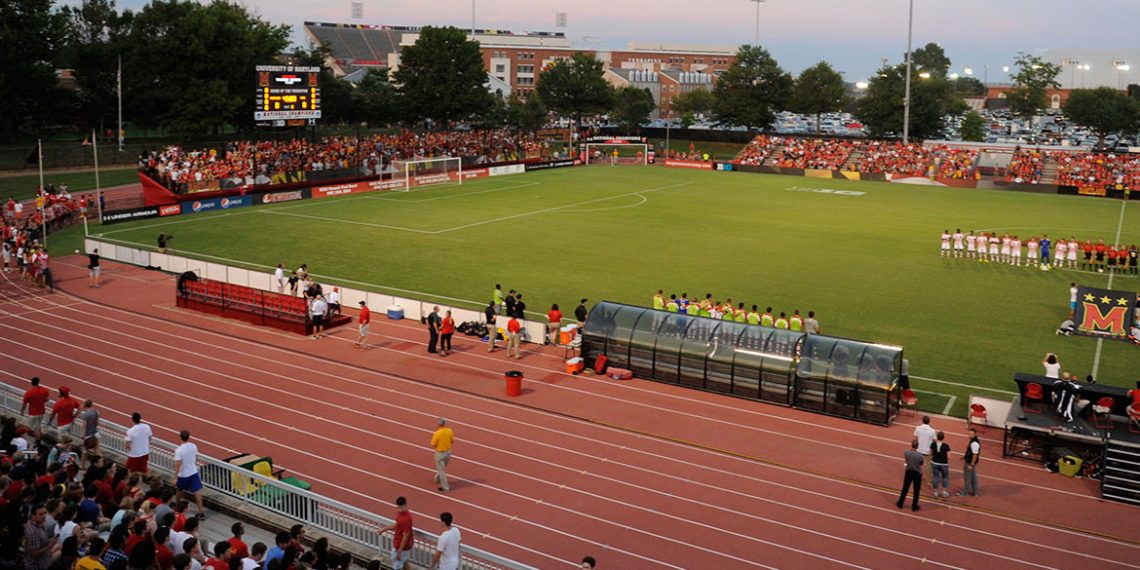 The Skinny: It is tough to travel cross country and pick up wins early in the season against two quality opponents. The Bruins are talented and they may be able to pull it off but they could easily return to the west coast with two losses. The atmosphere will be electric in Friday's match at Ludwig Field in College Park and you can count out a standing room only crowd at Kehoe Field in Washington.

The Skinny – Virginia showed grit in their season opening win over Charlotte. That is always a good sign for Virgina since the level of talent there is never a question. However despite a high national ranking the jury is still out on the Cavalier attack. Tom McIntosh's Tulsa teams are always competitive but they will have to be totally on their game to pull off an upset at Klockner Stadium.

The Skinny – CSUN had to come from behind to top Loyola-Chicago 2-1 in their season opener at home. UC Irvine opened the season with a 1-0 win over Loyola-Chicago. Creighton looked very sharp on both sides of the ball in two season opening wins. Both CSUN and UC Irvine will have a difficult time penetrating a very tenacious Bluejay defense and containing a Creighton attack that when in gear can score in multiples. UC Irvine will win a lot of games before the season is over and is capable of pulling off the upset but all things considered it is highly unlikely that will happen.

The Skinny – The big question is when will the highly regarded Georgetwon attack emerge. Akron was thumped 4-1 last weekend by a fired up ODU team that was coming off a disappointing season opening loss to Coastal Carolina. The Zips find themselves in that same position as Georgetown seeks to bounce back from a 2-0 loss at the hands of South Florida. Georgetown might have looked past Akron with UCLA on their dance card but after what happened in their first two games that is not going to happen. The Georgetown UCLA contest could go either way.

The Skinny – The Irish didn't allow a goal last weekend in a 0-0 tie with Maryland and a 1-0 win over Indiana. Junior Chris Hubbard had a very productive debut in goal for Notre Dame which is a great sign. UAB is very capable of unleashing an explosive attack if they are on their game but a 3-0 loss to Stetson last weekend raises questions regarding their vulnerability on the defensive side of the ball. Notre Dame is as good as anyone in the country at finding and exploting weaknesses. South Florida picked up a huge confidence builder by defeating Georgetown at home and you can bet the farm that George Kiefer is giving his team the "we don't get any respect talk" so they will be fired up and ready to play.

The Skinny – This one will take place at Linda Johnson Smith Soccer Stadium in Worcester, Massachusetts. Holy Cross tied Hartford 0-0 on the road in their season opener. Big Mac Steeves was a scoring machine for the Friars last weekend in their two season opening wins. The big question is will the magic continue for a Providence squad that now has a big target on their chests based on their success of late. Chances are it will continue unless they stop taking them one game at a time.

The Skinny – Penn picks a tough opponent to open up with but they do have the advantage of playing at home. On paper Washington is a big favorite in this one but Penn returns a solid contingent of starters supplemented by one of the best recruiting classes in the country. If the Huskies get up early they should prevail. If Penn is able to set the pace this one could go down to the wire.

The Skinny – A great early season matchup. Credit both of these programs for never shying away from tough early season contests to up their stock and perhaps even more to prepare them for what is coming later down the road. Regardless of the outcome a road trip like this will pay dividends for the Bruins in terms of the experience gained. Maryland looked very explosive in a 4-0 win over St. John's. UCLA is as dangerous up-top as any team in the country. Having said that, look for the performance of both teams on the defensive side of the ball to decide who comes out on top in this marque contest.  Ludwig Field will be rocking.

The Skinny – Northeastern had four freshman in the starting lineup in their season opening 1-1 draw with Temple. This one will be a growing experience for the Huskies which is always a plus but they are going to have to do a better job of finishing the scoring opportunities that come their way if they expect to hang with Stanford. VCU always opens with a brutal schedule. No one can accuse Dave Gifford of playing a weak slate of opponents. They faced Akron and Coastal Carolina last weekend and took both games on the chin. This week they travel to the west coast to face California and then Stanford. Georgetown, Virginia, and then UCLA on the road are on their up-coming dance card. Some might say that is over the top. The Rams will upset someone along the way but it's doubtful it will happen this week-end as chances are pretty good they will take two more on the chin. Stanford was upset 1-0 on the road in their season opener at UC Santa Barbara but they rebounded big time to beat a very good Louisville team 1-0 on the road. Northeastern and VCU are good but Stanford is better.

The Skinny – The Tar Heel offense struggled in their season opening loss Thursday night to South Carolina on the gridiron. Don't expect the men's soccer team to follow suit. After struggling a little in a seaon opening 1-0 win over FIU they responded with a 3-0 win over Santa Clara. William and Mary is historically a giant killer so they are very capable of pulling off the upset. The Tribe opened the season with a hard fought 2-1 loss to Louisville but led by sophomore forward William Eskay who placed three in the back of the net they responded with a 4-2 win over Liberty in their second contest of the year. Tulsa has had an explosive attack in the past but North Carolina has what looks like one of the best defensive backlines in the country and should be able to contain them.

The Skinny – No prisioners will be taken in this in-state battle. This one will likely be decided by whether or not South Carolina can contain a very high octane Clemson attack and vice versa. South Carolina has a lot of new faces on the pitch and is undergoing significant rebuilding in the backline. On the other hand Clemson also has a lot of new guys in the back so they likely have not fully gelled either. Give Clemson the home field advantage and the edge in what could be a very interesting contest. Junior Marco Velez returns in goal for South Carolina. Junior Andrew Tarbell returns between the pipes for the Tigers. Their play could have a signficiant impact on the outcome.