Hoyas Dominance – Can Georgetown Win It All? – By Dela Agbotse 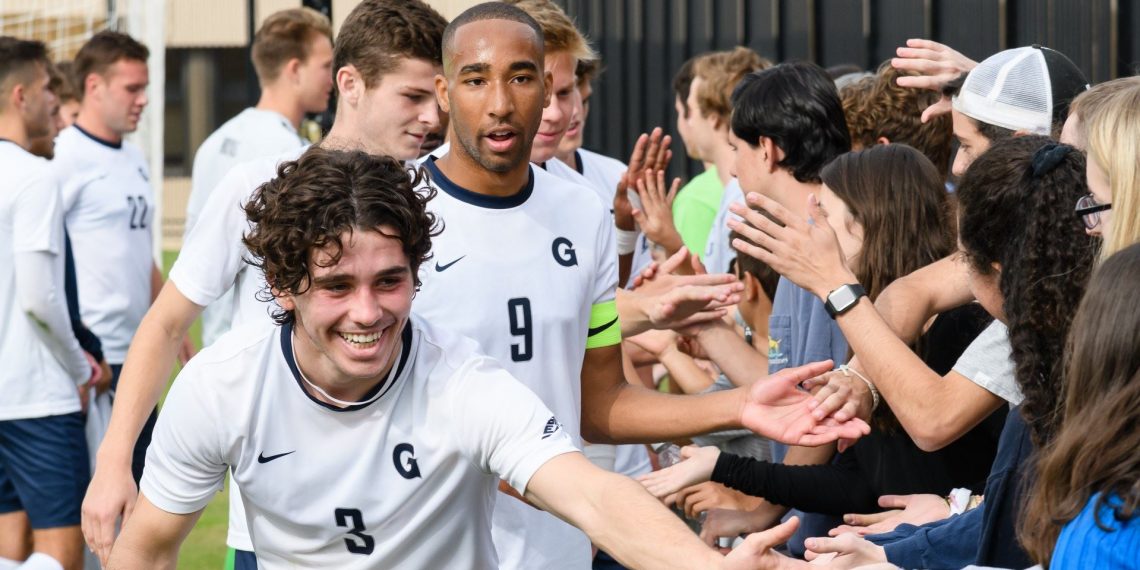 It was a weekend packed with late drama in the ever-unpredictable Big East Conference but, if there is one thing you can count on this season, it is that Georgetown will outclass their opponents.  The Hoyas won their sixth game in a row on Saturday to improve to 13-1-1 overall with a 6-0-1 mark in conference play to extend their lead at the top of the table in Big East play to three points.

Georgetown is dominating the highly competitive Big East Conference at the moment and has been all season. As it stands, they have sole possession of first place in the Big East after seven games with nineteen points with a three-point lead over second place St. John’s and a seven-point lead over third place Providence.

Georgetown finished in second place in 2018 in the Big East Conference with an overall record of 13-5-3 and 6-2-1 in conference play.  After concluding the season last year with a disappointing 1-0 loss to Michigan State in the third round of the NCAA Tournament, the Hoyas have been firing on all cylinders in 2019.

This season, the Hoyas are looking to better their record from last year. It’s been an incredible season so far but the Hoyas still have a lot to play for, it is not enough to just dominate the Big East. The ultimate prize will be lifting the trophy in the College Cup come December 15th at WakeMed Soccer Park in Cary, North Carolina and the Hoyas are equipped to do just that.

When the season started, Georgetown was the top choice to finish atop the Big East Conference because of the depth, versatility and experience of their squad highlighted by junior forward Derek Dodson (6g, 6a) who was voted the Preseason Offensive Player of the Year, senior defender Dylan Nealis who was named Defensive Player of the Year, and senior forward Achara (4g, 3a).

With a good mix of veteran players, transfers, and freshmen, and the emergence of junior midfielder Jacob Montes (7g, 1a) as an additional threat on the offensive side of the ball, Brian Wiese and his coaching staff have put together a solid squad built to play late into December.  A 3-0 win away from home on October 23 over a St. John’s team that was previously unbeaten in conference play signaled exactly how dominant Georgetown has been all season.

The Hoyas are known for being an attack minded team with explosive forwards in Dodson and Acara. However, the most impressive part about this team so far this year has been their defensive capabilities.  A tenacious Hoyas defense led by back Dylan Nealis and the goalkeeper duo of sophomore Giannis Nikopolidis and freshman Tomas Romero has allowed a total of only five goals in fourteen games.

Nealis has been the face and the anchor of the Hoyas impenetrable defense in 2019. The reigning Big East Defensive Player of the Year has been a big part of a defense that has only allowed an impressive 0.33 goals per game so far this season. The Hermann Trophy watch list player has two goals on the season from defense and has been brilliant at bringing the dangerous Hoyas attacker into play, picking up for assists in the process.

Georgetown looks to be on track to win the Big East Championship. They are playing with a confidence that indicates head coach Brian Wiese and his team have their sights set on the big prize come December 15.  But there is a lot of soccer left to be played between now and then.

Georgetown has regular season contests remaining against Big East foes Villanova on the road on Saturday and Creighton at home the following Wednesday followed by the Big East Tournament which gets underway on Wednesday November 13.  Then comes the NCAA Tournament, and as Georgetown found out last year, the road to the College Cup is not an easy one.

To achieve their goal this year the Hoyas will need to carry their current form into the postseason. It will be interesting to see if other coaches can figure out a way to break Georgetown down and stop them from tearing through the Big East Conference Tournament and the NCAA Tournament.

It is not going to be easy, but right now Georgetown looks to have all the ingredients needed to win it all.