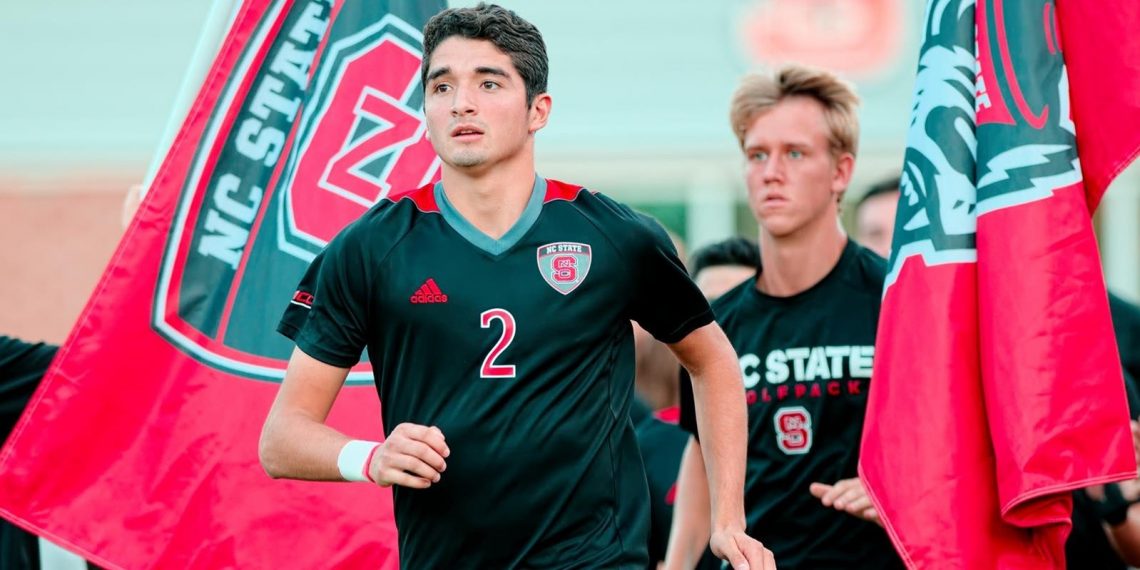 As the MLS SuperDraft is less than a month away, Major League Soccer has began to start offering Generation Adidas (GA) contracts to the underclassmen MLS teams feel could make the biggest impact in the league.  The Generation Adidas players are attractive to MLS clubs because they don’t count against the league’s salary cap.  Some of the league’s top GAs in the past few years have been Jack Harrison (2016), Cyle Larin (2015) and Cristian Roldan (2015).  Last year there were six GA’s (2 Canadian GA), while the year before there was seven in the GA class.  The belief is this year, there will be somewhere between 5-7 players offered GA contracts.

College Soccer News goes through the players we believe will receive this coveted GA contract.

Ema Twumasi (Wake Forest): The Ghanaian forward from the Right to Dream program has established himself as one of the most elusive players in college soccer.  Twumasi (10g, 7a) is capable of playing as a #9 or on either wing, which should help with his draft stock.  The sophomore talent has a good combination of 1 v 1 ability, pace, and finishing, which should see him go in the top 5 picks of the draft.

Manny Perez (NC State): The Wolfpack playmaker endured a fantastic freshman campaign as the team’s leading goal scorer, while winning ACC Freshman of the Year.  Perez (5g, 4a), a dynamic attacker has all the qualities to make it at the next level, but will just need some time to develop.  MLS teams are very high on the U.S. youth national teamer and will lead to him receiving a GA offer.

Joao Moutinho (Akron): The freshman center back from Portugal was a key piece in leading Zips to the College Cup.  Moutinho (3g, 5a), a left-footed player, can play center back, left back, or as a defensive mid.  MLS teams should be drooling over Moutinho’s ability to play out from the back and his next level reading of the game.  Some teams may question his physicality, but he’s arguably the best defender in college soccer and should be rewarded come draft day.

Francis Atuahene (Michigan): The forward from Ghana’s Right to Dream program has been on MLS teams radar since his freshman year, but this season was his worst in terms of production.  Atuahene (6g, 4a) is an excellent athlete with the ability to produce fantastic goals, but there’s questions regarding his consistency and hold up play.  The 2x First Team All-Big Ten honoree should receive a GA offer and would likely be a top 10 pick.

Mason Toye (Indiana): The freshman from the Players Development Academy (PDA) in New Jersey had plenty of hype coming into this year in Bloomington, but exceeded expectations.  Toye (10g, 2a), a pacey forward, also capable of playing on the wing, isn’t as polished as some of the other prospects on the list, but has the raw talent and athleticism, which makes him enticing.  The U.S. youth national teamer looks likely to receive a GA offer and should be a middle to late first round pick.

Gordon Wild (Maryland): Coming off a year where he scored 17 goals and was a MAC Hermann Trophy finalist, this year was disappointing for Wild.  The German forward only scored 5 goals for the struggling Terps, but his goal-scoring prowess keeps MLS teams interested.  While Wild is a terrific goal scorer and elusive dribbler, there’s questions about what position he’ll play at the next level, which may affect his draft stock, should he receive a GA offer.

Edward Opoku (Virginia): The third forward on this list from the Right to Dream program, Opoku (8g, 4a) had a standout year, which has put him in the GA conversation.  The pacey attacker has great 1 v 1 ability and combines well with his teammates.  Some MLS teams question what position Opoku will be at the next level, but his flair and energy makes him appealing.  Should Opoku receive a GA offer, he’ll be an interesting one to see how high MLS teams rate him.