Exciting And Very Competitive Men’s College Soccer Contests Are Slated For This Weekend. 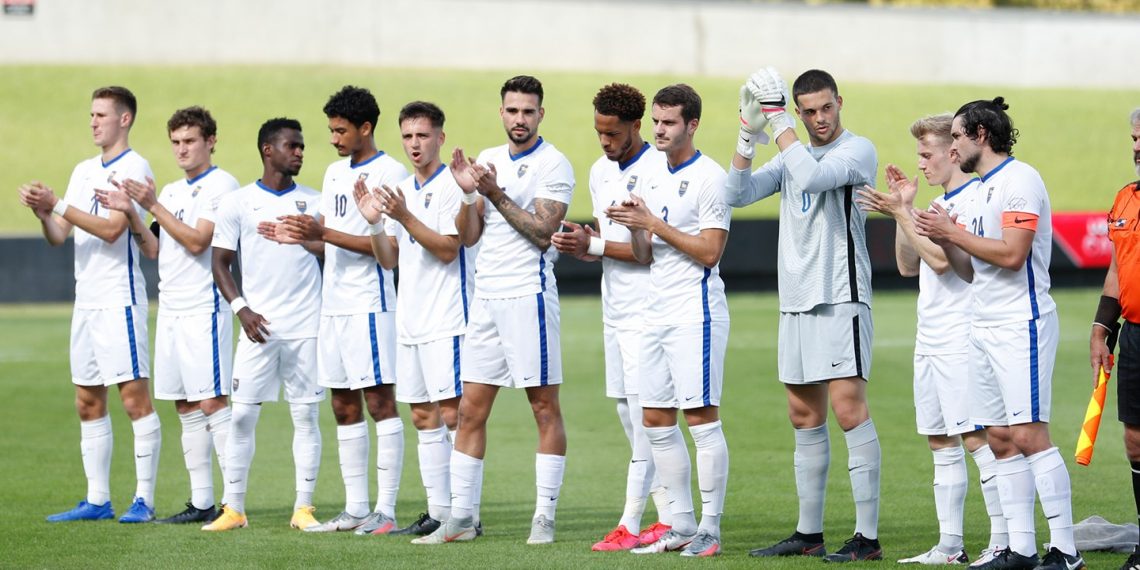 It didn’t take long for the 2021 spring season to heat up coast to coast as more programs begin play. several teams open up with very challenging contests. some of them are listed below.

Akron vs. Pittsburgh – Sunday, February 21– Akron seeks to get back on track after a rare 6-10-2 season in 2019. The Zips traditionally start slow but grow stronger as the season progresses.  In 2019 Akron uncharacteristically lost their first seven contests. They rebounded to secure the regular season MAC title but never seemed to play to their potential and fully jell as a team.

Pittsburgh is coming off a banner 2020 fall season in which they were 7-1-0 with an explosive attack powered by midfielders Valentin Noel (8g, 2a) and Veljko Petkovic (5g, 5a) and forwards Bertin Jacquesson (2g, 5a) and Alexander Dexter (2g, 3a). The Panthers have momentum.

The big question heading into this contest is whether or not an experienced Akron backline that includes juniors Pol Hernandez, Carlo Ritaccio, Marco Milanse and Declan Waters and sophomore Jaden Wright can contain a multi-dimensional Pitt offense. Senior goalkeeper Will Meyer who is a transfer from Louisville is the likely starter in goal for Akron.

Stanford vs. California – Saturday, February 20 – Stanford powered past Pacific 4-0 and San Francisco 5-0 in their first two contests looking very good on both sides of the ball.

This is the season opener for a California team that will have to quickly shed the inherent rust that accompanies a long layoff if they hope to keep this one competitive.

The Golden Bears return an experienced backline that includes 2019 starting defenders senior Christopher Grey and juniors JJ Foe Nuphaus and Ian Lonergan but they will have a new face in goal due to the graduation of four-year starter Drake Callender.

California had an up and down 2019 season but played well enough to earn an at-large berth in the NCAA Tournament. Senior Tommy Williamson is a key ingredient in the California offense. Stanford is coming off a 2019 season in which they didn’t win the Pac-12 title but did advance to the College Cup for the fourth time in the past five years.

Stanford may have a little tougher time in this match than in their first two but if the Cardinal jump out to an early lead and the Golden Bears have to chase the game then another multi-goal Stanford victory is highly likely in this Pac-12 contest.

Creighton vs. Marquette – Saturday, February 20 – The Bluejays, who have been absent from the NCAA Tournament field for the past three seasons, enter their second season under head coach Johnny Torres seeking to regain the mojo that the program once enjoyed. A win in this one would be a good step in that direction.

Offensive productivity for Creighton looks to be a potential concern due to the graduation of Yudai Tashiro (6g, 3a) and Luke Haakenson (5g, 2a) who were their top two goal scorers in 2019. Senior transfer forward Diego Gutierrez is among the newcomers who Torres may look to for offensive firepower. Junior Paul Kruse will very capably anchor the Bluejay defense in goal.

Marquette enters the match with three solid 1-0 wins in overtime. The inability to come up with the big play on offense has hampered Marquette at times in the past but so far during the spring season they have been able to come through in the clutch. However, they have been living on the edge.

The fact that Marquette has three games under their belts and that they are playing at home gives them an edge but both of these teams have little margin for error so this one could easily go either way.

UNCW vs. Charlotte – Saturday, February 20 – This in-state matchup between UNCW out of the CAA and Charlotte out of CUSA could very easily be decided by a single goal.

UNCW is reloading due to the departure of players who scored 23 of the 32 goals that they put in the back of the net in 2019. On the plus side of the ledger sophomore Gabriel Perrotta, a 2019 All-CAA Second Team selection, returns to give UNCW a very capable presence in goal.

Charlotte returns ten starters from the 2019 season and an experienced backline that looks to be very good. Senior Patrick Hogan, senior Luke Johnson, redshirt defender Delasi Batse and sophomore Sean Suber are among returning defenders.  Junior Daniel Kuzemka, who replaced four-year starter Elliot Panicco in goal, made the saves that he needed to make in the 49ers season opener with Duke.

The question in this one looks to be offensive productivity. Charlotte has to replace the playmaking ability that center midfielder Teddy Chaouche (1g, 10a) brought to the pitch in 2019 and UNCW has to fill the void that exists due to the loss of forward Phillip Goodrum  who completed a stellar four-year career with 32 career goals.

Both of these teams will likely win a lot of games before the spring season is over.  Give a more experienced Charlotte team the edge in this one but they will have to get their attack in gear to prevail.

Oregon State vs. Washington – Saturday, February 20 – This looks to be one of the more competitive games on tap this weekend and belongs on the potential upset list.

Oregon State travels to Seattle to face Pac-12 foe Washington after opening the season with a 6-0 win over Eastern Oregon, a 1-0 win over Portland and a 2-0 win over Gonzaga. Juniors Gloire Amanda and Sofiane Djeffal, redshirt senior Tyrone Mondi and sophomore Mouhameth Thiam are among those who give Oregon State a very explosive and dangerous attack.  It is also noteworthy that the Beavers have posted three shutouts to date.

Washington has been rock solid on the defensive side of the ball allowing only one shot on goal while posting a 6-0 win over Northwest University and a 3-0 win over Gonzaga.

Junior Dylan Teves (0g, 3a) redshirt junior Lucas Meek and sophomore Christian Soto are part of a very quick Washington midfield that could pose problems for Oregon State. The Huskies may experience a bit of a learning curve as they adjust to life without All-American midfielder Blake Bodily and All-American defender Ethan Bartlow who departed early to enter the professional ranks.

Maryland vs. Penn State – Friday, February 19 – Maryland is coming off of a 2019 season in which they experienced several injuries to key players that hampered their effectiveness on the offensive side of the ball and enabled their opponents at times to put their defense under more pressure than in prior seasons.

Redshirt senior forward Paul Bin who missed all of the 2019 season due to injury is among returning players who should add additional punch to the offense. Senior forward Eric Matzelevich is among other returning players who will add firepower to the attack. The Terps return an experienced contingent of defenders but will have a new face in goal due to the decision of Niklas Neumann to enter the professional ranks.

Penn State seeks to build on a breakthrough 2019 season during which they were 12-4-3 overall but they will to do it without the playmaking ability that All-American midfielder Aaron Molloy provided.  Sophomore forward Liam Butts, a 2019 All-Big Ten First Team selection, returns up top with the advantage of a year of starting experience under his belt. Redshirt senior defender Brandon Hackenberg, a 2019 All-Big Ten First Team selection, returns to anchor and provide toughness to the backline.

Both teams will be faced with the challenge of shaking off the rust and settling into a rhythm after a long layoff. The one who does that the best will prevail in what looks to be a very evenly matched season opening Big Ten Contest.

This is one of the more intriguing matches of the weekend.  The Red Storm is favored to win but NJIT could surprise.

Kentucky at Duke – Friday, February 19 – Kentucky topped Duke 4-2 when the two teams faced each other in Lexington during the early part of the 2020 fall season.

Duke had a lot of young players on the pitch during the fall season. This contest will give Duke head coach John Kerr a good indication of the level of improvement of his younger players after the experience they gained in the fall.  It will also provide Kentucky head coach Johan Cedergren an idea how his team will perform without the services of departed seniors Aime Mabika and midfielder Kalil Elmedkhar.