College Soccer Coaching Carousal – A Look at the 2020 Coaching Changes 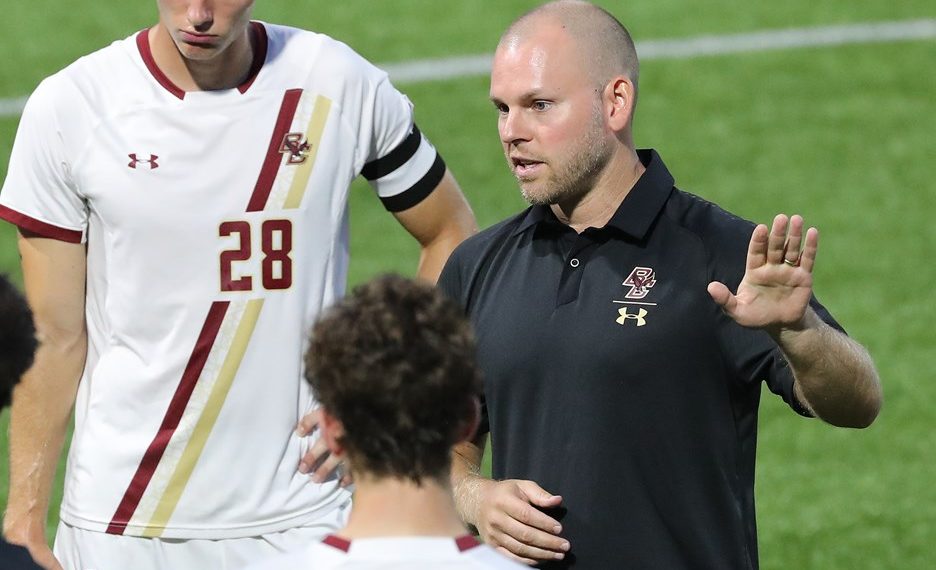 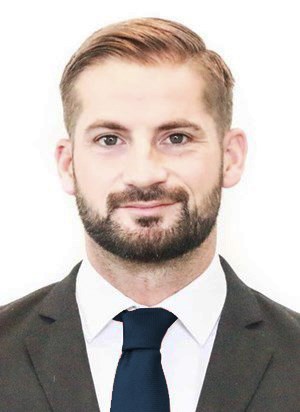 Stafford returns to Morgantown after serving as an assistant coach at the University of Charleston from 2014 through 2016 and as the Golden Eagle head coach from 2017 through 2019. He led the Golden Eagles to a 61-4-5 record as the head coach, won the Division II National Title in 2017 and 2019, and the coaching staff was named the United Soccer Coaches Division II Coaching Staff of the Year in 2017 and 2019.

Stafford is a player centered coach who views player development, the ability of his players to make good decisions, an environment of trust, the growth of the student athlete, and recruiting players that will be the right fit for the desired culture of the of the program as important ingredients.  It is an additional plus that Stafford was a teammate of West Virginia assistant coaches Andy Wright and Nick Noble who were All-Americans during their playing days at West Virginia and are very knowledgeable and  experienced coaches.

Stafford takes over the reins of the program from Marlon LeBlanc who resigned at the conclusion of the 2019 season. LeBlanc served as the West Virginia head coach for fourteen years during which time the Mountaineers were 138-100-34 and earned six berths in the NCAA Tournament including the 2019 season in which they were 10-9-2, won the Mid-American Conference Tournament, and advanced to the second round of the NCAA Tournament. 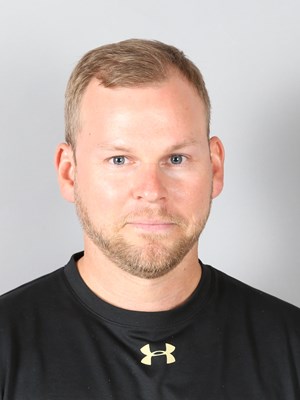 Boston College – When Ed Kelly announced he was retiring after thirty-two seasons as the head coach at Boston College, he indicated that he hoped that "another Eagle who understands what a special place he Heights is" would assume his role and lead the program to continued success. Boston College Athletic Director Martin Jarmond accomplished that when he announced that Bob Thompson, who came to Chestnut Hill twenty years ago as a student athlete, would follow Kelly as the Boston College head coach.

During Kelly's thirty-two year tenure, Boston College was 289-239-67, earned a total of thirteen NCAA Tournament berths, advanced to the Elite Eight in 2002 and 2015, had a total of fourteen double digit seasons, and won conference titles in both the Big East and Atlantic Coast Conferences.

Thompson played as a midfielder for Boston College from 1999 through 2002 during which time the Eagles won two Big East championships and made three appearances in the NCAA Tournament.  He was a key element on the 2002 squad that still holds the school single season win record with eighteen victories. Thompson then played three season of professional soccer including two for the New England Revolution.

Thompson then accepted a position as an assistant coach and later became the associate head coach at UMass Lowell from 2014 through 2017. In 2016 Thompson was recognized by College Soccer News as one of the top twelve assistant coaches in the country.  He returned to his alma mater and served as the associate head coach under Ed Kelly in 2018 and 2019.

Thompson should hit the ground running with plenty of talent to work with. He will inherit a young team that was 9-6-3 overall last year and advanced to the second round of the NCAA Tournament. Boston College had a lot of freshmen, including three members of the All-ACC Freshman Team, in the starting lineup in 2019. 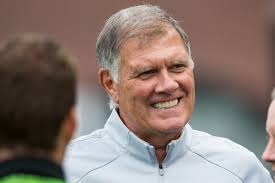 George Mason – The Patriots made the most high profile and perhaps most unexpected hire when they announced that highly regarded and respected veteran coach Elmar Bolowich would be their new head coach.  Bolowich comes to George Mason with a proven track record of success at the collegiate level at both North Carolina and Creighton.

Bolowich returns to college soccer after serving as the Boy's DA Technical Director for the Armada Youth Academy in Jacksonville, Florida in 2019.  He was the head coach at the University of North Carolina for twenty-two years during which time the Tar Heels were 280-144-40. Bolowich led North Carolina to fifteen NCAA Tournament appearances, four trips to the College Cup (Final Four) and won the program's first national championship in 2001. He left Chapel Hill to accept the head coaching job at Creighton at the conclusion of the 2010 season.  Bolowich was the head coach at Creighton for eight years (2011 through 2018) leading the Bluejays to a 115-40-17 overall record, six berths in the NCAA Tournament, and two trips to the College Cup.

Bolowich takes over the leadership role at George Mason from Greg Andrulis who resigned as the Patriots head coach after fifteen seasons at the helm of the program with a 124-114-39 overall record, two conference championships, and three appearances in the NCAA Tournament with the most recent  in 2014.

George Mason has had success at times but Bolowich who has never shied away from a challenge has some rebuilding and catching up to do since he takes over a program that was 4-12-1 last year with a 3-5-0 mark and seventh place finish in the Atlantic 10.

Bolowich stated, "We want soccer at George Mason to rise to a nationally competitive level and we want to create a soccer culture on campus." He added, "I look forward to this challenge and I'm ready to get going." 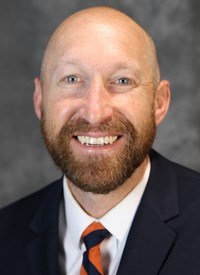 San Diego State – Ryan Hopkins was named the fourth head coach in San Diego State history taking over the reins of the program from veteran Lev Kirshner who had served as the Aztec head coach for twenty seasons during which time his teams were 142-179-57 and earned a berth in the NCAA Tournament in 2005, 2006 and 2016.

Hopkins played collegiate soccer at Concordia where he was a four-year starter in goal from 2000 through 2004 and a two-time All-America selection.

College Soccer News recognized Hopkins as one of the Top Twelve Assistant Coaches in the country in three out of the last four seasons. It is a plus that he has been associated with successful programs and knows firsthand what it takes to succeed at the highest level. He has been given high marks by Gelnovatch, Franks, and Muuss for his passion for the game, work ethic, and commitment to developing student athletes.

Hopkins stated, "It is a dream to come home to California and lead a Pac-12 soccer program.  San Diego State provides a great platform for our student-athletes to excel in the classroom, on the field and in the community.  I look forward to helping them find the best versions of themselves everyday as we continue to push the program to new heights."

Hopkins will have his work cut out for him as he faces the very real and daunting challenge of moving the Aztecs upward in the hierarchy of the highly competitive Pac-12 Conference where the margin for error is very slim. Last year San Diego State was 4-12-2 overall with a 1-9-0 mark in conference play. 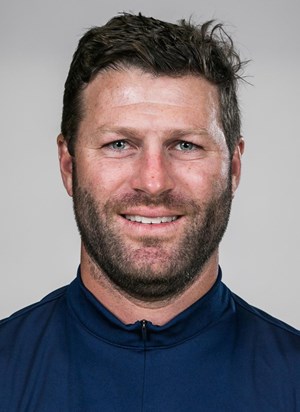 Roberts retired at the conclusion of the 2019 season after serving as the Terrier head coach and an ambassador for college soccer for the past thirty-five years.  During that thirty-five year span Boston University was 367-218-93, secured nineteen conference and regular season tournament titles, and earned fifteen invites to the NCAA Tournament.

Nylen who is from Ipswich, Massachusetts looks to be a good fit for Boston University. He comes to BU  after serving as the head coach at FIU for three seasons during which time the Panthers were 29-15-9. In 2017 Nylen was named the CUSA Coach of the Year after FIU was 12-2-4, won the program's first ever regular season conference title, and was awarded a berth in the NCAA Tournament.

Nylen played collegiate soccer as a defender for St. Anselm College from 1999 through 2002 and was the team captain his senior season.  He then had a six-year professional career playing with the Wilmington Hammerheads for three seasons and the Charleston Battery for three years.

Nylen inherits a Boston University team that was 4-12-1 with a 3-6-0 mark in Patriot League play in 2019. The Terriers didn't qualify for the six team Patriot League tournament last year for the first time in six years.

Harvard – Josh Shapiro assumes the head coaching job at Harvard after ten very successful seasons as the head coach at Division III Tufts where his teams were 126-37-28, appeared in the NCAA Tournament seven times, and were national champions in 2014, 2016, 2018 and 2019. Shapiro took over a program at Tufts in 2010 that had won only two games the previous two seasons and led them to an NCAA Tournament berth in 2012.

Shapiro has a successful track record of putting in place a winning culture. His focus at Tufts included  the creation of a team oriented culture, a solid work ethic, a culture of continual improvement, and a focus on team oriented goals. His teams at Tufts attacked but they were also very effective on the defensive side of the ball.

Shapiro takes over the reins of the program from Peter Lehrer who had a 42-58-13 record during seven seasons as the Crimson head coach.

Shapiro faces the challenge of bringing about improvement on both sides of the ball as he inherits a program at Harvard that last year scored eight goals while allowing forty-seven in route to a 0-14-1 overall record.

Wiggins played college soccer for the College of Charleston from 2000 through 2004 where he was a three-year starter in goal and a two-time All-Southern Conference and All-South Region selection. He holds the program record for career goals against average, wins, shutouts, and saves. He then played seven years for the Charleston Battery of the United Soccer League.

Wiggins will seek to put his stamp on the program in 2020 as he takes over a team that was 2-12-2 overall with a 1-6-1 record in Southern Conference play last year. 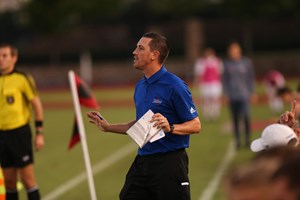 University of Missouri-Kansas City – Ryan Pore was named the new head coach at UMKC after serving as an assistant coach at the University of Tulsa from 2013 through 2016 and as the Associate Head Coach from 2017 through 2019 under head coach Tom McIntosh.

Pore had a banner career as a collegiate player at Tulsa from 2002 through 2004 where he was a two-time Missouri Valley Conference Player of the Year and All-American. Pore was the top goal scorer in the country as a senior in 2004. He then played professional soccer for seven years including four seasons with Sporting Kansas City.

Pore takes over the leadership of the program from veteran Rick Benben who retired at the conclusion of the 2019 season after twenty-two years at the helm of the program during which time the Roos were 148-212-42, won seven conference championships, and earned a berth in the NCAA Tournament in 2001, 2003, and 2008. 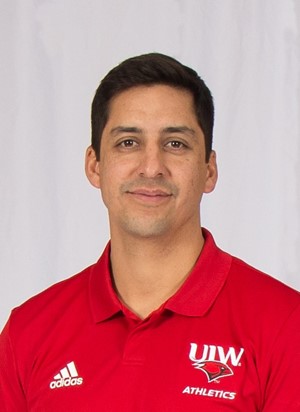 University of Incarnate Word – Kika Lara returns to his alma mater Incarnate Word as the head coach after serving as the head coach at Eastern Illinois University for five years during which time his teams were 20-53-13.  Prior to that he was an assistant coach at the University of Dayton from 2009 through 2014 and was named the National Soccer Coaches Association of America Assistant Coach of the Year in 2013 for the Mid-Atlantic Region.

Lara comes to UIW with high marks from former coaches and will seek to leverage the experience he has gained as a player and as a coach at Dayton and Eastern Illinois to make a positive impact on the program at UIW.

Lara replaces Chris Fidler who served as the programs interim head coach in 2018 and 2019 and as an assistant coach for five seasons prior to that. Incarnate Word was 5-12-0 with a 2-9-0 record in WAC play in 2019.