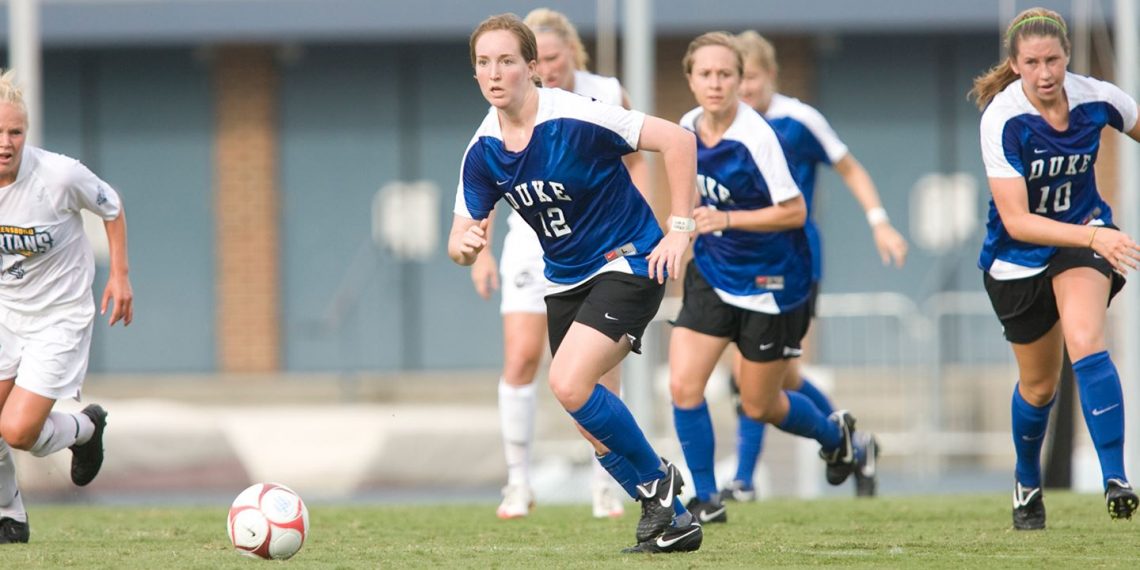 West Virginia Travels To Virginia – Vanderbilt Faces Duke In Durham – TCU Squares Off With Texas A and M in College Station.

The Mountaineers have another big test coming up on Saturday when they travel to Charlottesville for a rematch with the University of Virginia out of the Atlantic Coast Conference in the type matchup that you would normally expect to see downstream in the NCAA Tournament. The first West Virginia and Virginia contest was a back and forth affair that was scoreless until the 86th minute when junior midfielder Isabella Sibley scored from just outside the six-yard box to give the Mountaineers the edge they needed to secure the win.

Look for the sequel to be equally close with ebbs and flows in the run of play. Both teams struggled somewhat to get into a rhythm on the offensive side of the ball in the first contest. Virginia likely had some rust to remove after not having played a game in a month. More likely than not the rematch will be a little more of a run and gun affair with both teams settling into a rhythm of play earlier than in the prior match since both teams have some familiarity with the style of play of their opponent and how they might best attack.

Junior Alina Stahl (6g, 2a) and redshirt senior Lauren Segalla (2g, 4a) will power West Virginia up-top while senior Stefany Ferrer-vanGinkel (6g, 3a) and Sibley (2g, 3a) are among those who add an additional dimension to the Mountaineer attack in the midfield.  Sophomore netminder Ontario Ottawa and backs junior Jordan Brewster (1g, 2a), and sophomores Gabrielle Robinson (0g, 1a) and Mackenzie Aunkst anchor a West Virginia defense that has allowed a total of eleven goals in the fall and spring seasons.

Virginia under veteran head coach Steve Swanson has a high-octane attack led by forwards sophomore Diana Ordonez (8g, 4a) and junior Rebecca Jarrett (4g, 3a) and midfielder Lia Godfrey (4g, 7a) that has produced a total of 30 goals in the fall and spring seasons.  Look for the Cavaliers to seek to open the field of play and change the point of attack in order to find space that they can exploit. Senior goalkeeper Laurel Ivory, a four-year starter, and backs junior Claire Constant, sophomore Talia Staude and freshman Samir Guidry anchor a very good Virginia defense.

This one could go either way with both teams seeking to settle into a balance early on in the contest that will enable them to put pressure on their opponent without becoming vulnerable on the defensive side of the ball. Give the Cavaliers a slight edge in the sequel since this contest is in Charlottesville but with such a small margin for error the game could easily go either way.

Virginia is 5-1-0 while playing at home with their only loss in Charlottesville a wild 4-3 contest to a highly regarded Florida State team during the fall 2020 season.

Vanderbilt (9-5-0) vs. Duke (10-5-2) – Sunday, April 11, 2021 – Both these teams are a lock for a spot in the field in the upcoming NCAA Tournament. The winner of this one will improve their standing on the national scene with the addition of a resume building win and the momentum that comes with that.

Duke has played a very competitive slate of opponents.  Their five losses in the combined fall and spring seasons are to number two ranked North Carolina twice and number one ranked Florida State twice during the fall and to number five ranked West Virginia on the road two weekends ago during the spring campaign.

Vanderbilt rose in the national rankings when they won four in a row in the 2020 fall SEC Tournament to claim the SEC Championship. The Commodores defeated number one seeded Arkansas in the tournament final to secure the conference’s automatic berth in the upcoming NCAA Tournament.

Vanderbilt opened the spring season with a win over Kennesaw State on March 11 before being defeated by Memphis 3-2 on March 28 in their last contest .

Freshman forward Olivia Migli (6g, 0a) and senior midfielder Tess Boade (5g, 2a) look to be the X-Factors in Duke’s offense while sophomore Sophie Jones (2g, 3a) adds playmaking ability and stability to the midfield. Dukes’ backline of Taylor Mitchell, Catlin Cosme, Mia Gyau and Delaney Graham along with sophomore goalkeeper Ruthie Jones are part of a Blue Devil defense that has allowed a combined fall and spring season total of 16 goals.

Give Vanderbilt the edge in the midfield and Duke the edge in the backline and call it even up-top and in goal. Duke has been the more active side during the spring which should give them an edge but if Vanderbilt gets in a zone, they are definitely capable of pulling off the upset.

TCU (10-0-1) vs. Texas A and M (10-3-0) – Saturday, April 10 – TCU comes into this one off a larger than expected 4-0 win over a very competitive Oklahoma State team. The Horned Frogs have an explosive attack powered by midfielder Ryan Yazmen (6g, 3a) and forward Grace Collings (6g, 2a) among others that is capable of quickly taking over a contest. Sophomore Gracie Brian (1g, 5a) is among several midfielders who add balance to TCU’s attack.

Throw in a TCU defense that includes backs junior Brandi Peterson and senior Tijana Duricek and senior goalkeeper Emily Alvarado that has allowed a total of only three goals in the combined fall and spring seasons and you have a Horned Frogs team that is going to be hard to beat.

On the other hand, TCU will be going up against a very completive Texas A and M team that has won nine straight at home.  The Aggie backline of freshman Sawyer Dumond, junior Karlina Sample, the SEC 2020 Co-Defender of the Year, and sophomore Katie Smith and sophomore goalkeeper Kenna Caldwell will be tested by TCU.

This is a young Texas A and M team with a lot of freshmen in key rolls. Freshmen forwards Barbara Olivieri (6g, 3a) and Laney Carroll (3g, 2a) and freshman midfielder Taylor Pounds (2g, 1a) are among the Aggies who face the daunting challenge of penetrating a tenacious TCU defense.

If TCU is able to break through early and force Texas A and M to have to chase the game then the Horned Frogs could again secure a multi-goal victory but beating the Aggies in College Station is not going to be easy.

Texas A and M is playing with house money in this one.  They have nothing to lose and everything to gain by a win.