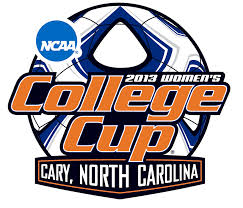 It has been a year of firsts for many women’s soccer programs across the nation, and for one team, the year will also culminate with a historic finish as a first-time champion is crowned at the Women’s College Cup in Cary, N.C., this weekend.

Florida State, Virginia Tech, Virginia and UCLA will to try to join the exclusive group of just eight programs that have won a national title since the Division I Women’s Soccer Championship has been contested since 1982.

The Seminoles and the Bruins have come close to raising the trophy in previous years.  Florida State fell short against Southern California in 2007, while UCLA has finished as the NCAA runner-up three times since 2000.  The Cavaliers and Hokies, however, are not as experienced playing on the final weekend of the season.  Virginia’s only trip to the Women’s College Cup was in 1991 when the Cavaliers advanced to the semifinals, while Virginia Tech is making the program’s first-ever appearance.

“I think you have four talented teams that are all excited to go to Cary and come away with a championship,” Florida State head coach Mark Krikorian said.

But regardless of past playoff experience, the Women’s College Cup will most certainly entertain fans with four of the best teams in the nation.

“If you are still playing at this stage of the season, you've put together a pretty good collection of results,” Krikorian said.  “The fact three of the teams were No. 1 seeds and that UCLA was right there probably being awful close to a No. 1 seed, you are going to have some top-level soccer on display this weekend.”

Florida State, Virginia and Virginia Tech are all familiar with one another as members of the Atlantic Coast Conference.  In the first semifinal on Friday, the Seminoles and Hokies will play each other for the third time this season.  FSU won both of the previous contests, 1-0, including a match-up in the ACC Championship game.

“We know each other quite well,” Krikorian said.  “I can't think of too many programs across the country that have had such a great deal of success as Virginia Tech has.  They've always been a good team but Chugger (Adair) and his staff have had the kids really buy into what they're doing.  They're an outstanding team and we know it will be a very competitive game once again.”

Virginia Tech handed Virginia its’ lone loss of the season in the ACC semifinals, while Florida State’s only setback came at the hands of the Cavaliers during the regular season.

While none of the three ACC squads have played UCLA this season, Krikorian is familiar with the work of the Bruins’ new head coach Amanda Cromwell.

“We know Amanda Cromwell pretty well from when she was at UCF,” Krikorian said.  “She's done a great job at taking an awful lot of very good pieces and putting them together to go and beat North Carolina to get into the College Cup.”

Fans shouldn’t expect high-scoring affairs in Cary this weekend.  The four teams have given up just three goals combined in NCAA Tournament play. UCLA has held foes scoreless, while the other three teams have allowed one goal apiece during the four-game span.

“It's a great quality in soccer to be stingy and certainly getting this far in the tournament is a result of not giving away bad goals or too many goals,” Krikorian said.

Here’s a closer look at Friday’s semifinal match-ups.  The winners will meet on Sunday at 3 p.m., in contest that will be broadcast live on ESPNU.

The Seminoles advanced to the College Cup for the third consecutive season, outscoring opponents 16-1 during the NCAA playoffs, while the Hokies are making their first-ever appearance.  The two squads will meet for the 15th time in series history with Florida State owning a 13-0-1 record against Virginia Tech, including the two wins this season.  It will be the second time the two teams will play at WakeMed Park in Cary this season as they also played at the venue in the ACC finals.  FSU has posted 10 shutouts in the series, including five in the last six meetings.  FSU junior midfielder Dagny Brynjarsdottir leads the Seminoles with nine points on four goals and one assist through the first four NCAA Tournament games. Brynjarsdottiralso scored all three goals against the Hokies this season.  Virginia Tech senior Jazmine Reeves leads the Hokies with 11 goals and five assists, while senior goalkeeper DayleColpittshas posted a single-season school record 11 shutouts.

Friday’s second semifinal will feature the nation’s top offense in Virginia (3.08 goals per game) and the nation’s top defense in UCLA (0.28 goal against average) as the two squads meet for the fourth time in NCAA Tournament history.  Virginia is making its’ first College Cup appearance in 22 years – the longest span between appearances in NCAA history.  The Cavaliers are led by the top two scorers in the ACC – Morgan Brian (46 points) and Makenzy Doniak (44 points).  Brian has scored in all four of Virginia’s NCAA Tournament contests.  UCLA is making the program’s eighth College Cup appearance since 2000, but first since 2008.  The Bruins are under the direction of first-year head coach Amanda Cromwell, who was previously the head coach at UCF.  Cromwell will face her alma mater in her first trip to the College Cup as a head coach.  She was the captain of Virginia’s 1991 College Cup squad, which lost to North Carolina in the semifinals.  UCLA is riding a 19-game unbeaten streak after avenging its only loss of the season last weekend in the quarterfinals against North Carolina.  Goalkeeper Katelyn Rowland has tallied a school-record 14 shutouts this season, including four in NCAA Tournament play.

Amy Farnum Patronis is a contributing writer for College Soccer News covering Division I women's soccer.  She can be reached at amyfarnum@yahoo.com.