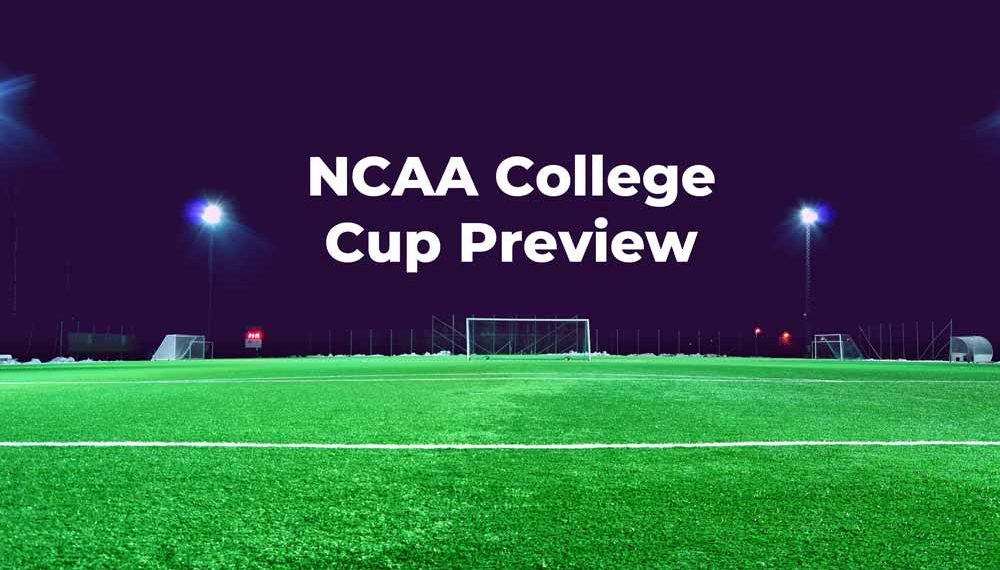 Two Blockbuster College Soccer Contests. Florida State Out of the ACC and Rutgers Out Of The Big Ten square Off At 7 p.m. Followed by BYU and Santa Clara Out Of The West Coast Conference At 9:30 P.m. Both Can Be Seen Live On ESPNU. By Sarah Sparkman

Soccer is a game of opportunity. Both these teams love to attack but both also place a premium on solid play on the defensive side of the ball. Sometimes teams face each other with contrasting styles of play and different strengths. These teams have similar styles of play with similar strengths. Both teams will create several opportunities to score so this one is going to come down to which team is able to do a better job of capitalizing on the opportunities, particularly out of set pieces or counter attacks, that come their way.

Both teams are deep but stamina is always a factor in a contest like this one. Most opportunities to score result from a breakdown often due to fatigue that occurs several passes away from the actual goal.

The top scorer for both FSU and Rutgers are transfers. Sophomore forward Beta Olsson (14g, 1a) who transferred in from Florida is FSU’s leading goal scorer. Graduate Student midfielder Frankie Tagliaferri (13g, 9a), a transfer from Penn State, is Rutgers’s leading goal scorer. Look for both of them to have an impact on the outcome. A good case could be made that no transfer has had a greater impact on the performance of her team than Tagliaferri.

Both teams have two Hermann Trophy semifinalists. For FSU it is senior holding midfielder Jaelin Howell and redshirt senior center back Emily Madril. For Rutgers it is midfielder Tagliaferri and senior defender Gabby Provenzano. It would be tough to find four other players in the country who bring the intensity to the pitch that that Howell, Madril, Tagliaferri, and Provenzano do.

Midfielder Yujie Zhao (5g, 9a) often comes on the pitch after about 15 minutes of play for Florida State. No player in the country comes off the pine and has more of an impact than Zhao has for her team. She simply makes good things happen.

FSU sophomore forward Jody Brown (4g, 10a) and Rutgers freshman forward Riley Tierman (12g, 6a) add an element of speed and quickness to their respective teams that makes both much more explosive. Good things happen when either is able to get behind opposing defenders with the ball to their feet. Both are electric players who can open up a game.

Look for Rutgers forward Ali Amirah, a four-time All-Big Ten First Team selection, and FSU defender Gabby Carle, a four-year starter and the 2021 Senior Class Award Winner for Women’s Soccer, to have a say in the outcome of the match. Both are talented team-oriented impact players who will not be outworked by anyone.

FSU midfielder Clara Robbins (6g, 8a) has a knack for coming up big in big contests for the Seminoles. Look for her to be a difference maker.

The battle of the middle third should be fierce. Tagliaferri will set the pace for Rutgers but much will depend on the ability of Rutgers sophomores Sam Kroeger, Becci Fluchel, Sara Brocious, and freshman Kylie Daigle to hold their own with a more experienced and very deep FSU midfield led by Howell, Robbins, and Zhao.

Give Rutgers the edge up-top behind the goal scoring ability of Amirah and Tiernan.

Give FSU led by seniors Madril, Carle, and Kristen Pavlisko, who is also a four-year starter, and holding midfielder Howell the edge in the back.

Both teams have talented and experienced goalkeepers. FSU sophomore Cristina Roque and Rutgers senior Meagan McClelland are both outstanding netminders. Give Rutgers based on McClelland’s experience a slight edge in goal.

The bottom line is that the margin of this one is likely to be a single goal. Both teams have big time players so this one should be a dandy of a match.

The BYU fanbase, not unlike the Santa Clara fanbase last year, is fired up about the opportunity that BYU has to win a national championship and take the program to a higher level.

Intangibles sometimes make a difference. This is BYU’s first ever trip to the College Cup. One of the challenges of playing in the College Cup is not getting caught up in the event and losing focus. While that may not happen to BYU, it is a challenge. There is a fine line between enjoying the experience and staying on task.

These teams are coached by two veteran ambassadors for their respective programs and college soccer in general.  Jerry Smith’s is in his 35th year as the head coach at Santa Clara. Jennifer Rockwood is in her 27th season as the BYU head coach.

This is a classic matchup between two teams that are playing their best soccer of the year at the right time. It has been a tale of two seasons for both teams. Both the Broncos and the Cougars struggled in the early going. Santa Clara closed out the month of September with a dismal 3-4-2 record with four losses in their last five contests including an unexpected 2-0 loss to San Francisco. Since that time the Broncos have gone 13-1-0 with a key 2-1 win over Duke in the Elite Eight. BYU looked to be a good but not great team when they concluded the month of September with a 5-3-1 record that included losses to Auburn and Arkansas that appeared to indicate they would have trouble against top tier teams and an unexpected 2-1 loss in overtime to Utah State. Since that time the Cougars are 13-1-0 including a 1-0 win over number one seed Virginia in the Sweet Sixteen.

Santa Clara defeated BYU 1-0 when these two teams faced each other in Santa Clara back on October 30 in a game that could easily have gone either way. Kelsey Turnbow netted the game-winning goal for Santa Clara when she controlled a loose ball out of a free kick and placed it into the back of the net in the 74th minute. This is the game that really counts.

You can expect both teams to apply pressure from the get-go in what will likely be a physical contest.

Tora, Tora, Tora. BYU has the top scoring offense in the country. The Cougars have scored a total of 77 goals which is an average of 3.5 goals per game. However, the difference between this BYU team and previous BYU teams is their play on the defensive side of the ball. BYU’s defense anchored by senior goalkeeper Cassidy Smith and defenders senior Grace Johnson, sophomores Laveni Vaka, Jamie Shepherd and Kendell Petersen and freshman Olivia Smith has limited opponents to a total of 17 goals which equates to an average of only 0.77 goals per contest. The Cougar’s tenacity and organization on the defensive side of the ball has contributed to their ability to apply pressure on the offensive side of the ball and to safely push numbers forward when appropriate to create goal scoring opportunities.

The ability of Santa Clara to contain BYU’s offense and their ability to apply pressure on the offensive side of the ball will hinge on the collective play of sophomore goalkeeper Kylie Foutch and defenders redshirt senior Alex Loera, senior Eden White, sophomores Marisa Bubnis and Makoto Nezu, and freshman Emma Reeves. They have the challenging task of halting BYU’s offense.

Forwards Kelsey Turnbow (11g, 12a) and Izzy D’Aquila (8g, 4a) are the key ingredients in Santa Clara’s attack. Both are outstanding and determined playmakers who are responsible for almost half of the goals that the Broncos have scored on the season. BYU must limit the effectiveness of that duo if they hope to prevail. Midfielder Alex Loera (3g, 7a) and forwards Kalie Halvorsen (3g, 2a), Sally Menti (1g, 2a), and Lucy Mitchell (4g, 3a) add an additional dimension to Santa Clara’s offense.

BYU is powered on the offensive side of the ball by senior midfielder Mikayla Colohan (18g, 15a) and senior forward Cameron Tucker (16g, 8a). Both are prime timers who have contributed five game-winners. Both are capable of taking over a contest. Sophomores Brecken Mozingo (7g, 9a) and Bella Folina (9g, 1a) are also very capable finishers.

The bottom line is that this contest has all the makings of an edge of your seat contest with ebbs and flows and several momentum changes. Both teams are highly motivated. This is another strength vs. strength matchup between two teams that deserve to be playing on the biggest stage in college soccer. Santa Clara is motivated to win it all before their home crowd. BYU does not want to squander the chance they have created to win a national championship. This one is not for the faint of heart.