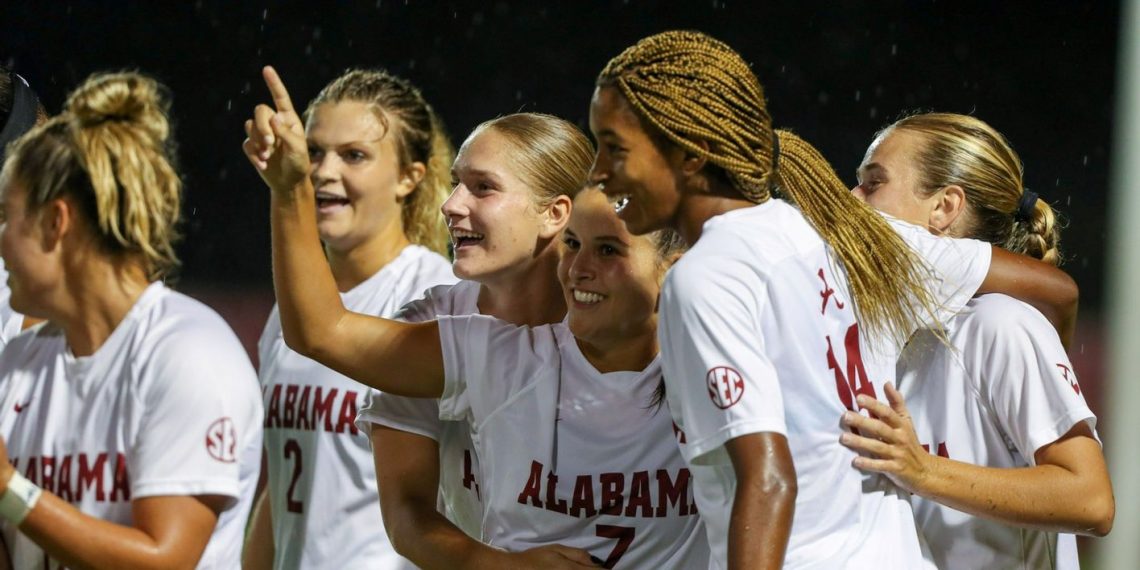 UCLA (13-0-0) vs Stanford (11-2-1) – Friday – No team is playing better on both sides of the ball right now than the Bruins. Sunshine Fontes (9g, 3a) and Reilyn Turner (7g, 2a) power a balanced UCLA attack while goalkeeper Lauren Brzykcy anchors a tenacious Bruin defense that is holding opponents to an average of 0.46 goals per game.

The only team that is going to beat UCLA at this point is UCLA. In other words, if UCLA continues to maintain the current level of play they will be hard to top. The Bruins have won big games on the road, they have come from behind to win, they have found a way to win in the close contests, and to prevail when they have not been at their best. It is remarkable that UCLA is 13-0-0 given the difficulty of their schedule to date and the parity that now exists in college soccer.

UCLA is the favorite, but don’t count Stanford out. Chances are good this one will be close and could come down to the wire. The likely exception being if the Bruins can jump out to an early lead, control the tempo, and force Stanford to chase the contest.

Look for this to be a physical contest before a packed crowd at Cagan Stadium. Freshman forward Lumi Kostmayer (9g, 2a) leads a Stanford attack that includes six players who have scored three or more goals. Senior midfielder Maya Doms is the X-Factor on the offensive side of the ball for the Cardinal. Junior Ryan Campbell will no doubt have a busy evening in goal for Stanford.

UCLA comes into the contest off a closer than expected 1-0 win over Arizona during which Sunshine Fontes provided the game-winner in the 83rd minute of the match.  Stanford comes into the match off a 2-1 win over Washington in which freshman forward Allie Montoya netted both goals.  Much will depend on the level of energy that both sides bring into the contest.

Arkansas (10-2-1) vs. Alabama (13-1-1) – Sunday – This Alabama team is the real deal make no doubt about that. There is much to like about the 2022 version of the Tide but several times this year heading into key SEC contests the nagging feeling has existed that Alabama was ripe to be upset. However, to the Tide’s credit that has not happened. In fact, Alabama appears to be improving weekly.

Riley Mattingly Parker (11g, 2a) and junior midfielder Felicia Knox (5g, 14a) are at the heart of a very potent Tide attack, but they will be up against an Arkansas defense anchored by backs redshirt junior Shana Flynn, junior Emilee Hauser and freshman Ella Riley and goalkeeper Grace Barbara that has not allowed a goal in their last five contests.

A single goal game would tend to favor Arkansas while a multi-goal contest would lend itself to a win for the Tide. Fasten your seatbelts, this is one should be a dandy.

Duke’s losses this year are to UCLA 2-1, UNC 3-0, and Virginia 1-0. The Blue Devils have a healthy RPI but a win in this one would be a good addition to their resume. The Blue Devils’ dance card for the remainder of the season includes FSU in Tallahassee, Clemson at Clemson, Notre Dame in South Bend and a home game against Louisville.

The Blue Devils tend to play well on the road but beating FSU in Tallahassee is a tall task. The good news is that this is a veteran Duke team that includes Graduate Student midfielders Delaney Graham and Mackenzie Pluck and senior Sophie Jones along with senior netminder Ruthie Jones. Sophomore forward Michelle Cooper (9g, 7a) is a dangerous finisher who can score in multiples.

FSU comes into this one off a huge 1-0 win over Virginia in Charlottesville followed by a puzzling 4-0 loss to Notre Dame in South Bend. Puzzling because it is hard to believe that any team could thump the Seminoles 4-0. All teams can have an off night so it will be interesting to see if the loss to the Irish proves to be a harsh but valuable wakeup call for FSU or if it indicates a weakness that will continue to be exploited. Regardless, look for FSU to go into this one eager to get back on track.

Look for the play of forward Jenna Nighswonger (4g, 7a) to be a key on the offensive side of the ball for FSU and for goalkeeper Cristina Roque to anchor the defense.

The first ten minutes of each half will be crucial with both teams trying to control the tempo and the possession.

USC (8-2-1) vs California (8-3-3) – Friday – California has momentum. The Golden Bears came out of nowhere to rocket upward into the number 19 spot in the latest United Soccer Coaches poll after 2-1 wins over Washington State and Washington last week. Senior midfielder Keely Roy (8g, 2a) leads the Golden Bear attack.

USC comes into the match off a disappointing 1-0 loss to Arizona and a 2-1 win over Arizona State. Midfielder Croix Bethune (7g, 7a) and forward Simone Jackson (4g, 2a) are among the key ingredients in USC’s offense while Graduate Student Anna Smith gives the Trojans a composed and talented presence in goal.

USC has a more explosive attack than California, but the Trojans are vulnerable if they are unable to take advantage of the scoring opportunities that come their way in the early going and the Bears can keep it close.

TCU (8-2-4) vs Oklahoma State (9-1-3) – Thursday – This Big 12 contest will take place at Neal Patterson Stadium in Stillwater.  The Cowgirls need a signature win and a win over TCU would provide that. Oklahoma State is unbeaten in their last eight games during which time they have recorded five clean sheets and only allowed a total of three goals. Forward Olyvia Dowell (7g, 2a) and midfielder Grace Yochum (7g, 1a) are the keys to the Cowgirls attack.

TCU is also unbeaten in their last eight games. Graduate Student forward Messiah Bright (8g, 3a) is a force on the offensive side of the ball for the Horned Frogs. Senior midfielder Gracie Brian (4g, 1a) and sophomore forward Camryn Lancaster (3g, 1a) are among others who will have a say in the outcome of this one for TCU.

The play on the defensive side of the ball is going to be huge in this one. Can the Oklahoma State backline of Graduate Student Ally Jackson, senior Megan Haines and juniors Kionna Simon and Mollie Breiner contain Messiah Bright and company? Can the TCU defense anchored in goal by junior Lauren Kellett and backs Chaylin Hubbard and Grace Coppinger among others keep Dowell and Yochum in check?

The margin for error for both sides is slim in this one. A tie could be the outcome.