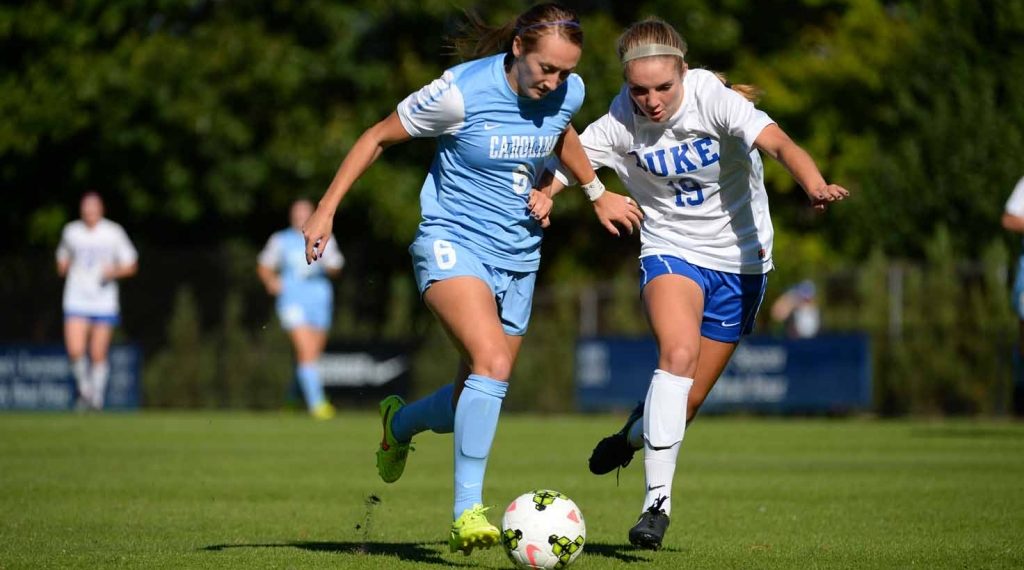 Tick tock, tick tock. Teams are running out of time to make their move – if they have one – to work their way up to the top of their respective conference standings and stretch their seasons well into November. Several league races are coming down to the final days (or weeks for those without a tournament), while some teams have already wrapped up control of their postseason destiny. Here’s a look at some of the more heated battles, and some that are already done deals:

The Atlantic Coast Conference has already filled out its four-team bracket for the upcoming league tournament on Nov. 7-9, but we’re not sure which teams will go in which spots. Florida State and North Carolina, who boast identical 8-0-1 records (with the tie coming against each other), have qualified for the tournament, along with Virginia and Notre Dame – all of which are ranked in the top 10 of the latest NSCAA Division I Top 25.  Seeding for the ACC Tournament will be announced Sunday at the conclusion of the regular season. The Seminoles host Duke Friday night and the Tar Heels head to Syracuse on Sunday to close out the regular season.

The Pac-12 Conference does not sponsor a tournament, so the automatic bid for the NCAA Tournament will be awarded for a team’s body of work over the season. With wins at Washington and Washington State this weekend, UCLA can earn a share of the title for the second straight season and 11th time in program history. The Bruins are three points ahead of second-place Stanford in the standings with two weeks remaining of regular season action.

In the Southeastern Conference, Texas A&M holds a one-point lead over Florida in the standings with one match remaining in the regular season. Both teams host their final matches on Thursday night with the Aggies welcoming Georgia and the Gators facing Vanderbilt.  If Florida loses, the Aggies would win an outright SEC regular-season title regardless of the outcome of their match. If Florida ties, the Aggies would win an outright title with a win or a tie and A&M would share the title with a loss. If Florida wins, the Aggies need a win to capture an outright title and an A&M loss or tie would give the Gators an outright title. If the squads are tied for first place, Florida would receive the No. 1 seed at the SEC Tournament due to their win in the face-to-face matchup. Got that?

La Salle is in the driver’s seat of the Atlantic 10 Conference race with a 6-0-0 league mark heading into the final weekend of action. The Explorers need just one victory during a road trip to Duquesne and St. Bonaventure this weekend to clinch the conference title, which would be their first since 2012.

Harvard is in position to earn its second consecutive Ivy League title with two games remaining on the conference schedule.The Crimson needs just one win against Dartmouth or Columbia this weekend to clinch the title and an automatic berth in the NCAA Tournament as the Ivy does not host a league tournament.

BYU brings an 11-game winning streak on the road to Saint Mary's and Pacific on Thursday and Saturday, respectively, as the Cougars look to claim share of their third consecutive West Coast Conference championship. The Cougars need just one victory to clinch a share of the crown, and four points over their final three games to earn the outright title for the second time in three years.

North Texas clinched at least a share of the Conference USA regular season crown against Old Dominion last week, but can win the outright title by winning or tying its final match Friday when the Mean Green hosts Western Kentucky.

Since opening the season with two losses in its first three contests, West Virginia put together a 14-game unbeaten streak and earned its third consecutive Big 12 Conferenceregular season championship. The Mountaineers will close out the regular season against Baylor on Friday as they look to stretch their 25-game home conference unbeaten streak.

Big Ten Conference perennial power Penn State clinched the regular season title for the 16th time in program history and the third time in the last four years. The Nittany Lions, who will host Maryland Thursday night to conclude the regular season, have allowed just eight goals in 18 games – the fewest in a season since 2007.

Florida Gulf Coast University finished the Atlantic Sun Conferenceregular season with a perfect 7-0-0 record, earning the right to host the league tournament. FGCU is only the sixth team in A-Sun history and first since Jacksonville in 2000 to post an unblemished regular season record.

Hartford earned its first America East Conference regular season championship since 2006, earning a bye for the first round of the league tournament and hosting rights for a semifinal game Sunday, Nov. 2. The Hawks also won the conference tournament title in 2006.

UCF took the American Athletic Conference title for the second straight season, earning the top seed in the league tournament which starts this weekend.

Under the direction of first-year head coach Shawn Burke, Buffalo posted an undefeated mark of 8-0-2 in Mid-American Conference action as the Bulls secured their first regular season title since 2000.