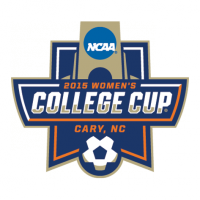 The NCAA Division I Women’s Soccer Championship quarterfinals feature four very compelling contests, including two rematches of regular season games. The eight-team field offers fans a little bit of everything — offensive powerhouses, defensive juggernauts, the defending NCAA champion, four 2014 College Cup participants and some of the best players in the nation and world.

This weekend’s winners will advance to the 2015 Women’s College Cup on Dec. 4-6. The championship will be held at WakeMed Soccer Park in Cary, N.C.

Here’s a closer look at the quarterfinal matchups:

The Seminoles and Aggies — both 2014 Women’s College Cup participants — met early in the regular season with FSU topping Texas A&M, 3-1, in Tallahassee. Only one of the pair will advance to the College Cup this year, and the Seminoles have the edge in this match-up.

Florida State has posted nine consecutive shutouts in NCAA Tournament action (an NCAA record) and the defending national champions have a good shot at becoming the first team to win back-to-back trophies since North Carolina accomplished the feat in 2008-2009. The Seminoles are playing in the NCAA quarterfinals for the 11th consecutive season — the longest active streak in the country — and are 36-1 at home in NCAA postseason action.  FSU ranks in the top 10 in both scoring (2.57 goals per game) and goals against average (.544), and has outscored opponents 10-0 in its first three tournament contests.

Texas A&M, the only unseeded team remaining in the field, advanced to the College Cup for the first time ever last year and is looking to return. Instead, the upstart Aggies are looking to keep the Seminoles from making their fifth straight College Cup appearance, and start a streak of their own. The Aggies, who upended UNC in the second round and survived a penalty kick shootout with Ole Miss, are scoring 2.0 goals per game this season and have allowed just one goal in NCAA Tournament action.

Last weekend, Duke pulled off an upset at No. 2 seed Florida thanks to freshman Taylor Racioppi’s fourth game-winning goal of the season. Now, the Blue Devils are playing in the NCAA quarterfinals for the sixth time in the past nine years and will travel across the country to spend Thanksgiving weekend in California.

The Blue Devils have been doing it with defense. They have allowed only three goals over the last eight matches and rank 14th in the nation with a 0.606 GAA. Duke has posted 12 shutouts on the season, including clean sheets against Florida State and North Carolina, and the Blue Devils held UF’s Savannah Jordan — one of the nation’s most productive scorers — to just one shot in last week’s victory.

But Duke’s run will likely come to an end this weekend. Stanford is almost unbeatable in the NCAA Tournament at home — 28 straight games without a loss. Stanford is playing in the NCAA quarterfinals for the seventh time in the past eight seasons. Each time, Stanford has advanced to the Women’s College Cup. The Cardinal is undefeated in their past 14 games and 16-1 in their past 17 contests. Stanford is stellar defensively, and ranks seventh in the nation with a .531 goals against average.

The Mountaineers and Nittany Lions will meet for the second time this season, but this time around Penn State will host. WVU topped the Nittany Lions, 1-0, in early September, and the sequel looks to be another hard-fought battle.

Penn State waltzed into the quarterfinals by outscoring its first three opponents 15-0. The Nittany Lions’ defense is peaking at the right time — they have posted five consecutive shutouts for the first time since 2006. Penn State, which ranks 12th in the nation with a .573 goals against average, has held its opponents to one or goal less in the last 20 matches and has allowed two goals in a match only twice this season.

The Mountaineers have won a program-record 19 games, and boast both an offensive and defense that rank in the nation’s top four statistically as they play in the NCAA quarterfinals for the second time in program history. West Virginia’s defense, anchored by star defender Kadeisha Buchanan, owns a .403 goals against average this season and has allowed more than one goal just twice this season. The Mountaineer offense is on a roll with 13 goals in the past three games, including a second-half hat trick by senior forward Kailey Utley against LMU in third-round action.

Rutgers is in the midst of a history-making season as the Scarlet Knights will play in the NCAA quarterfinals for the first time. Meanwhile, last year’s NCAA runner-up Virginia will look to return to the College Cup for the third straight season.

The Scarlet Knights enter the contest with a program-record 19 victories and are one of the top defensive squads in the nation. Rutgers leads Division I in shutout percentage (.750), total shutouts (18) and goals against average (0.33), and ranks second in save percentage (.908).

But Virginia will present quite the challenge for the Scarlet Knights. The Cavaliers will put a bit of pressure on the RU defense with the nation’s second-best scoring offense (3.32 goals per game). Senior Makenzy Doniak and junior Alexis Shaffer have each contributed a team-leading 14 goals. Plus, UVa defense is clicking this season. Virginia ranks eighth nationally in both goals against average (.531) and shutout percentage (.636).