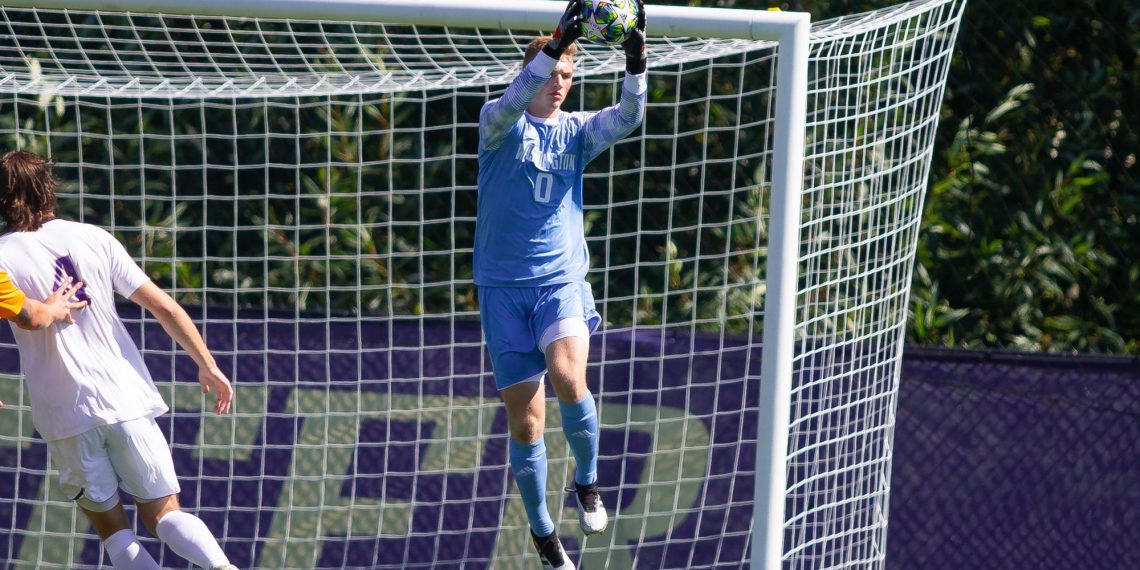 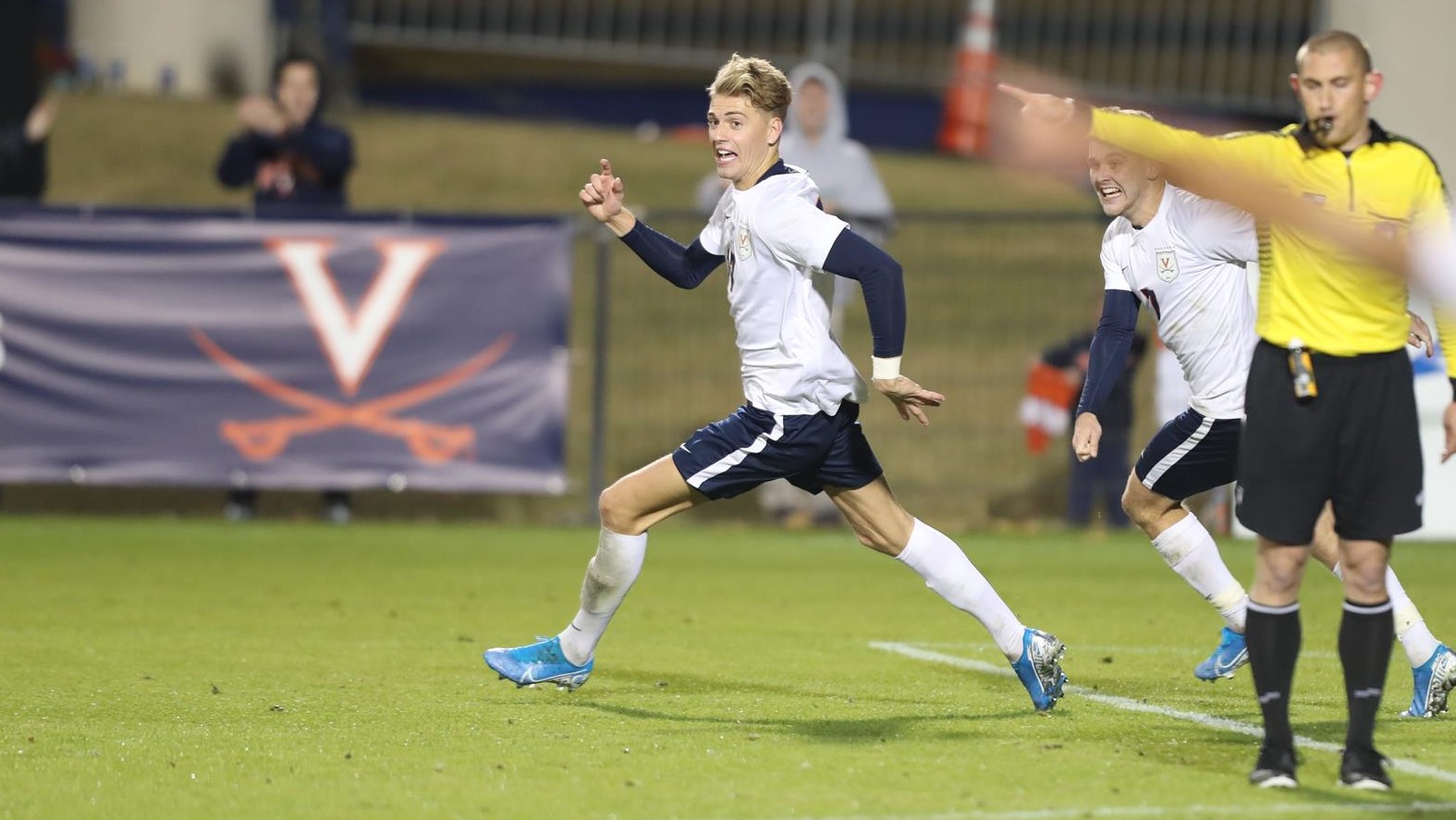 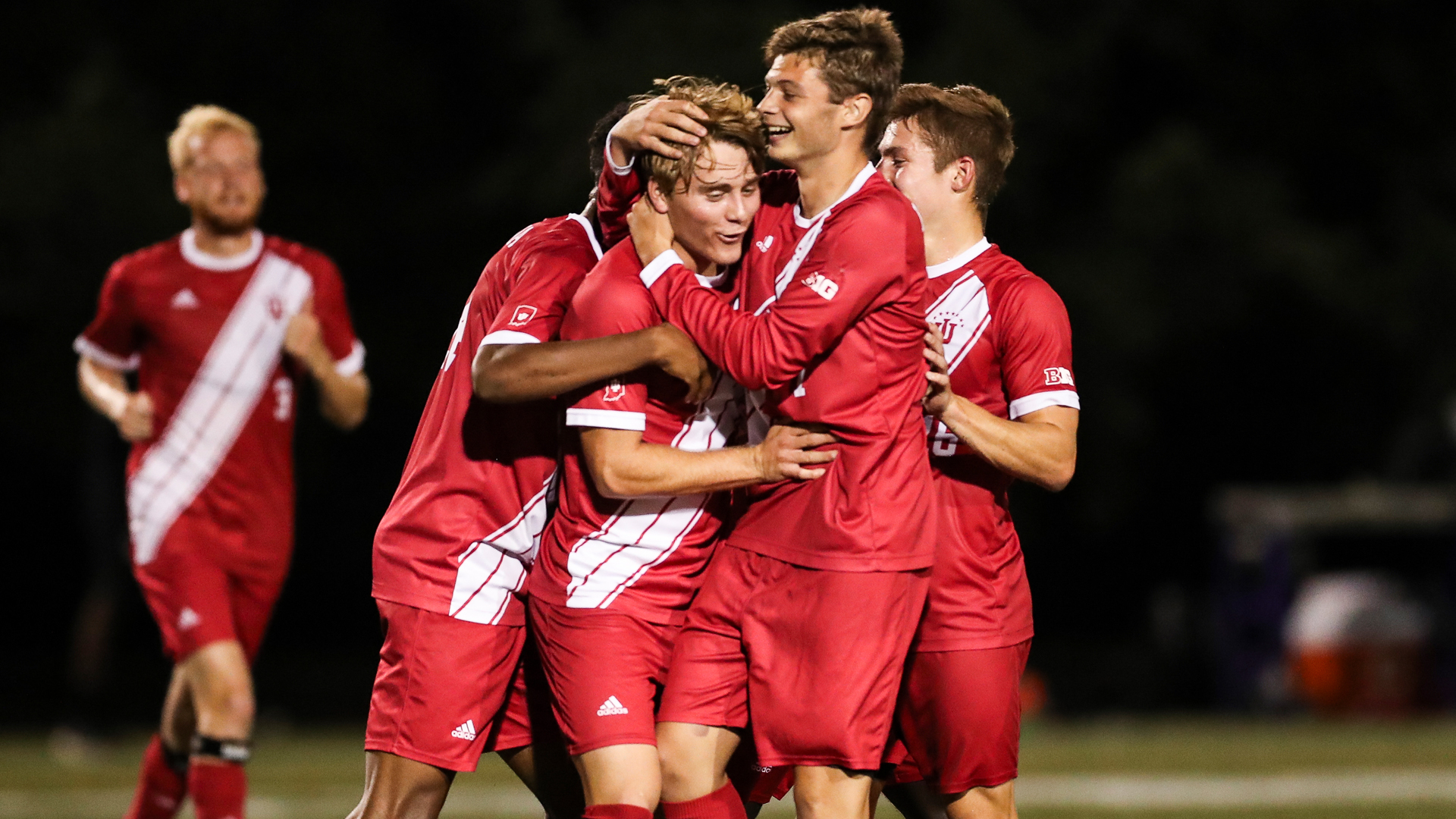 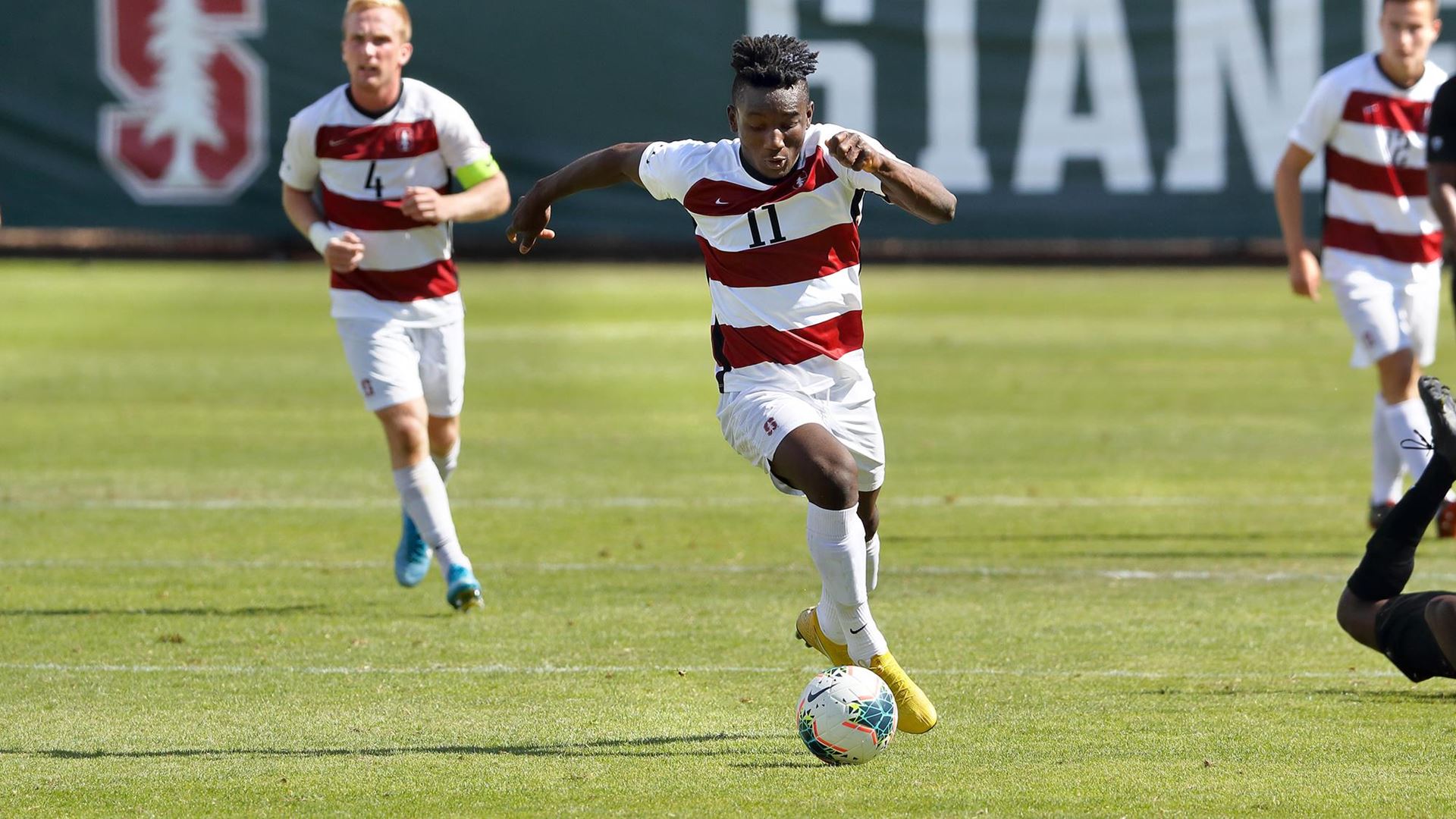 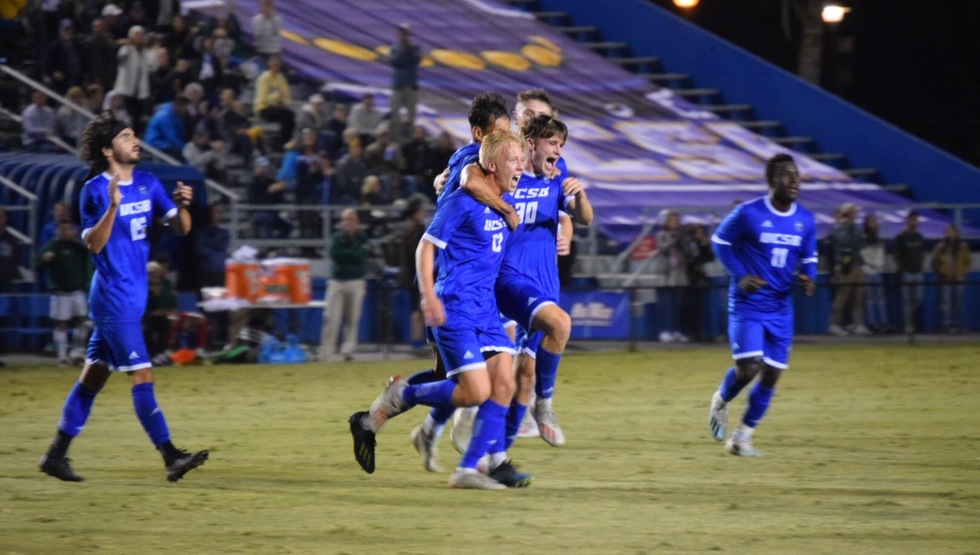 Twenty True Freshmen Who Will Likely Have An Impact On The Outcome Of The Sweet Sixteen Contests. Only Eight Teams Will Remain Standing On The Road To The College Cup At The Conclusion Of The Weekend.

Andreas Ueland – Defender- University of Virginia – Bryne, Norway – Ueland (1g, 0a) has played every minute of every game. He joins defenders junior Henry Kessler, senior Robin Afamefuna and sophomore Bret Halsey and redshirt junior goalkeeper Colin Shutler as a key part of a Virginia defense that has allowed a total of only seven goals.  The number one seeded Cavaliers (18-1-1) host St. John's (14-4-1) out of the Big East Conference on Saturday, November 30 in the third round of the NCAA Tournament.

Gino Vivi – Midfielder – UCF – San Joes, Costa Rica – Vivi (5g, 8a) is a playmaker who adds an additional dimension to the Knights' attack. Vivi was named the American Athletic Conference Rookie of the Year. He has big play ability as reflected in the fact that he has scored the game-winning  goal in overtime for UCF three times this year.  Most recently he assisted on both of UCF's goals in their 2-1 win in overtime against Missouri State in the second round of the NCAA Tournament.  Number nine seeded UCF (15-2-2) travels to Dallas to square off with number eight seeded SMU (17-1-1) on Saturday, November 30.

Joshua Penn (6g, 2a) – Midfielder – Indiana – Naperville, Illinois – Penn whose resume includes playing time with the U.S. U-19 and U-20 national teams has lived up to preseason expectation.  He was an All-Big Ten Second Team selection who adds an additional dimension to IU's attack. Three of his six goals to date have been game-winners.

Victor Bezerra – Forward – Indiana – Chicago, Illinois – Bezerra (8g, 3a) became just the third player in Indiana's storied tradition to generate a hat trick in NCAA Tournament play when he put three into the back of the net in Indiana's second round 3-0 win over Kentucky.  His leads the Hoosiers with a total of eight goals three of which are game-winners.

Roman Celentano – Goalkeeper – Indiana – Naperville, Illinois – Celentano has been the starter in goal for the Hoosiers for the past thirteen contests.  During that span of time he has had a 0.52 goals against average and posted eight shutouts. The Hoosiers have shutout their last five opponents including a 3-0 win over Kentucky in round two of the NCAA Tournament.  It is a given that the play in goal will have a huge impact on Indiana's on how far Indiana advances in the 2019 NCAA Tournament.

Owen Finnerty – Goalkeeper – Michigan – Walled Lake, Michigan – Finnerty was pressed into duty when Andrew Verdi, the All-Big Ten Goalkeeper of the Year,  was injured in Michigan's contest with Wisconsin on October 25. He has posted four shutouts in his six starts including a shutout in Michigan's second round contest with Wright State in which the Wolverines advanced in a penalty kick shootout in which Finnerty had a key save.  Number thirteen seeded Michigan (11-4-6) travels to Winston-Salem where they will face number four seeded Wake Forest (14-4-2) out of the Atlantic Coast Conference on Sunday, December 1 in the third round of the NCAA Tournament.

Calvin Harris – Midfielder – Wake Forest – Middlesbrough, England – Harris (6g, 3a) earned a spot on the ACC  All-Freshman Team.  Three of his six goals to date have been game-winners.  He joins Bruno Lapa, Joey DeZart, Isaiah Parente, and Machop Chol in a Deacon midfield that is extremely talented.  Number four seeded Wake Forest advanced to the Sweet Sixteen by topping Maryland in the second round. The Demon Deacons will host number thirteen seeded Michigan (11-4-6) out of the Big Ten Conference on Sunday, December 1.

Tomas Romero – Goalkeeper – Georgetown – Cherry Hill, New Jersey – Romero has been splitting time in goal with Giannis Nikopolidis who was named the Big East Conference Co-Goalkeeper of the Year.  Romero has started ten contests this year including the Hoyas second round win over Pitt.  He has a 0.39 goals against average and has recorded seven shutouts between the pipes.  Number three seeded Georgetown (16-1-3) out of the Big East Conference will square off with Louisville (10-7-2) out of the ACC at Shaw Field in Washington on Sunday, December 1.

Daniel Wu – Defender – Georgetown – Cary, North Carolina – The guys in the back don't always get the ink that those up-top get but Wu has been a stalwart on the defensive side of the ball all year for a Georgetown team that has only allowed a total of nine goals.  He is part of a solid Georgetown backline that includes Dylan Nealis,  Rio Hope-Gund, and Sean O'Hearn.

Leonard Getz – Defender – Louisville – Fredrikstad,  Norway  – Getz (1g, 2a) has been a starter on the defensive side of the ball all year for the Cardinals. Getz's goal with thirty-nine seconds remaining in regulation enabled Louisville to tie Boston College in a game that Louisville subsequently won 3-2 in overtime.  Louisville (10-7-2) has advanced past USF 4-1 and UC Davis 1-0 to earn the right to face number three seed Georgetown (16-1-3) in the Sweet Sixteen on Sunday, December 1.  Louisville upset Georgetown 1-0 when the two teams played back on September 24.

Max Schneider – Midfielder – Marshall – Cologne, Germany – Schneider (2g, 4a) has contributed on both sides of the ball this year for the Herd. His effectiveness in the defensive midfielder role has played a role in the success that Marshall has had to date. Marshall topped West Virginia 2-1 and Washington defeated Boston College 2-0 in the second round of the NCAA Tournament.  Number eleven seeded Marshall (16-2-3) out of CUSA  travels to Seattle where they will face number six seeded University of Washington (16-3-0) on Sunday, December 1 in the Sweet Sixteen.

Sam Fowler – Goalkeeper – Washington – Issaquah, Washington – Fowler has started in goal for eleven contests including Washington's 2-0 win over Boston College in the second round of the NCAA Tournament. He has a 0.46 goals against average and has posted seven shutouts.  He is the first true freshman to start in goal for the Huskies since the 2012 season.

Christian Soto – Midfielder – Washington – Des Moines, Washington – Soto (0g, 4a) contributes on both sides of the ball with a work rate that is second to none.  He is an important ingredient in a very good Husky midfield.  Number six seed Washington (16-3-0) will host number eleven seed Marshall (16-2-3) on Sunday, December 1 in what shapes up to be a very competitive college soccer game.

Ousseni Bouda – Forward – Stanford – Ouagadougou, Burkina Fasco – Bouda (5g, 5a) is a differnce maker. He has added additional firepower to Stanford's attack. Bouda is an All-Pac-12 First Team selection and was named the Pac-12 Freshman of the Year.  Three of his five goals have been game-winning goals.  Number seven seeded Stanford (13-2-4) will host number ten seeded Virginia Tech (10-5-3) out of the ACC on Sunday, December 1.

Gabe Segal – Forward – Stanford – Bethesda, Maryland – Segal (6g, 0a) joins fellow freshman Ousseni Bouda and redshirt sophomore Zach Ryan to add big play ability to Stanford's offense.  The number seven seeded Cardinal dogged a bullet when they slipped past Seattle in the second round of play in a contest that was determined by a penalty kick shootout.  Stanford will host number ten seed Virginia Tech on Sunday, December 1 in the Sweet Sixteen.

Daniel Pereira – Midfielder – Virginia Tech – Roanoke, Virginia – Pereira (5g, 4a) has been an iron man all year for the Hokies starting every contest and seeing plenty of playing time. He has had a banner freshman season for the number ten seeded Hokies (10-5-3) who advanced past New Hampshire 4-1 in the second round to earn the right to head west to tangle with an always tough number seven seeded Stanford squad (13-2-4) on Sunday, December 1 in the Sweet Sixteen.

Esben Wolf – Midfielder – Providence – Copenhagen, Denmark – Wolf (5g, 6a) has started every game and is a key ingredient in a balanced Friar attack that has scored a total of forty goals so far.  He was named to the Big East All-Tournament Team.  Providence (16-6-0) has advanced past NJIT 2-0 and Penn State 3-2 and travel to face number two seed Clemson (17-2-1) at Historic Riggs Field on Sunday, December 1 in the third round of the NCAA Tournament.

Philip Mayaka – Midfielder – Clemson – Nairobi, Kenya – Mayaka's (2g, 8a) touch on the ball and quickness make him a difficult man to contain when he has the ball at his feet in the middle third. He was named the ACC Freshman of the Year and was an All-ACC First Team selection.  He adds an additional element to a powerful Clemson attack that has found the back of the net a total of sixty-seven times this year. Clemson (17-2-1) will host Providence (16-6-0) out of the Big East Conference on Sunday, December 1 in the Sweet Sixteen.