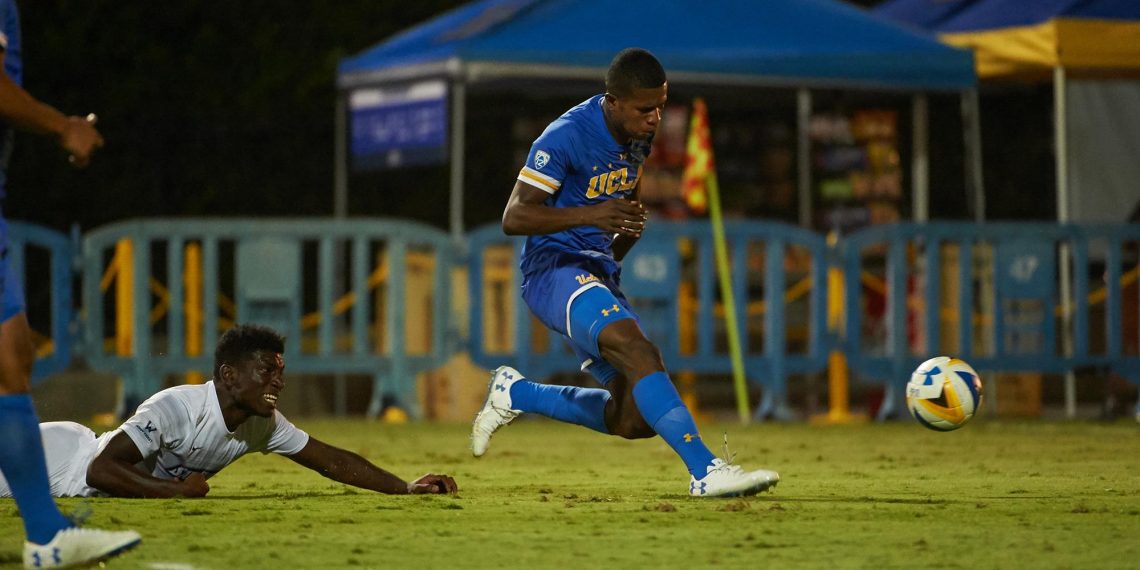 As conference play has begun, it’s only about a month away from the NCAA Tournament. With team’s in the midst of their season, MLS franchises’ front offices have begun to seek out potential players for the 2019 MLS Superdraft.

The hottest commodities in the draft are Generation Adidas (GA) players, which are offered to a handful of the top underclassmen players in the NCAA, who then become essentially free assets for MLS teams to acquire. The GA model has it’s pros and cons, but regardless these players have a much greater chance to be drafted early and will earn more money in their first contract. Former GA’s include the likes of Jack Harrison, Cyle Larin and Cristian Roldan.

The past three crops of GA players have either included six or seven players and thus, we expect this year’s group to be the same. Much can change in the next few months, but here’s College Soccer News early prediction on the 2019 MLS Generation Adidas class.

Mo Kamara​​ (UCLA): Kamara, a transfer from Tyler Junior College, when healthy, has been excellent for the Bruins. The Liberian born forward has the ability to stretch the field as well as check back into the midfield and create himself. His unique skill set along with his goal scoring prowess has MLS teams wanting Kamara to leave school early. Kamara’s biggest question, much like former UCLA GA, Abu Danladi, is whether he can stay healthy down the stretch. If Kamara can continue his form and make a tournament run, expect him to be a top 5 pick come January.

Siad Haji​​ (VCU): The US Youth International, Haji, has had a stellar beginning to the season notching 5 goals and 7 assists for the Rams. Haji gained notoriety following his freshman year, where he led NEC in scoring. His ability to beat players off the dribble and create for his teammates is what makes him so enticing. There are questions as to where Haji’s best position will be at the next level, but there’s no doubting his talent. He carries himself with a confidence on the field and playmaking ability that is sure to catch notice. Haji is a borderline GA candidate currently, but if can finish the season strong, there’s no reason he shouldn’t receive an offer.

Manny Perez​​ (NC State): Arguably the most recognizable name on this list, Perez, has himself in great position to receive a GA offer. The Wolfback’s winger, has played as an outside back for Tab Ramos’ US U20 side, and is expecting to be a key piece through CONCACAF World Cup qualifiers next month. The 2017 ACC Freshman of the Year, will no doubt get a GA offer with the only question being whether he makes a move to Europe instead.

David Egbo​​ (Akron): Egbo, the Zips leading attacker has all the tools to succeed at the next level. The sophomore forward already has 8 goals, 3 assists on the year and will look to continue his play into the NCAA Tournament. Egbo’s play has matured immensely since joining Akron, improving his hold up play and ability to combine with teammates. Egbo needs to round out his game and improve his fitness levels, but he has one of the highest ceilings in this draft, if the right club develops him.

Benji Michel ​​(Portland): The Pilots offense output comes on the back of Michel, who’s scored 10 goals and 2 assists to keep Portland as one of college soccer’s remaining undefeated teams. His clever off-shoulder runs, deceptive pace and poacher’s mentality is why Michel’s one of the most devastating forwards in college soccer. There are questions regarding his HG rights with Orlando City, but is he’s eligible for a GA, there’s no doubt Michel will be at the forefront of discussions.

Griffin Dorsey​​ (Indiana): Following a run to the College Cup as a freshman, Dorsey has returned in top form for the Hoosiers. The US Youth national product has 4 goals and 3 assists on the season thus far and has contributed in other facets of the game too. Dorsey’s tactical acumen and positional versatility will be a benefit to teams at the next level. The ​College Soccer News ​ 2nd Team All-Freshman honoree will be a candidate for the U20 World Cup, which should only help his case.

Rodney Michael​​ (UCSB): Michael has built on his Big West Freshman of the Year campaign to put himself in this year’s GA talks. The forward from Sierra Leone has been a menace for back lines across the country and can generate offense in a variety of ways. Michael likely projects as a winger and second forward at the next level, but can make an impact from anywhere on the pitch. Much will depend on how UCSB finishes their season, but expect Michael to be in the GA conversation going forward.