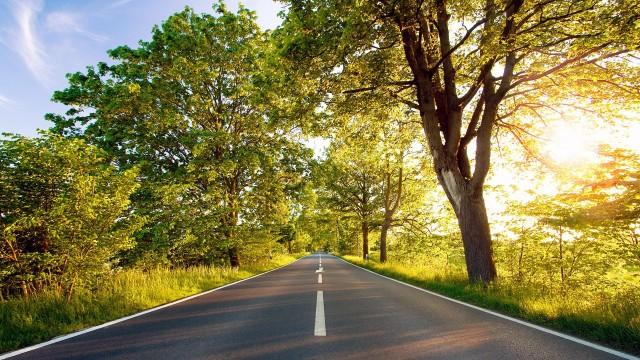 The Sixteen Seeds Host The SEcond Round Matchups On Sunday With A Trip To The Sweet Sixteen On The Line.

Kentucky will place South Florida under pressure by pushing players forward to create a numbers advantage that they can exploit. If a South Florida team that advanced past Hofstra 4-2 can contain the Wildcats, they have a chance of pulling off the upset.

Kentucky is unbeaten but their five ties have occurred when they were unable to finish the opportunities that came their way in the final third.  Chances are pretty good that the play of Kentucky defender Nick Gutmann (5g, 16a) and South Florida center backs Salvatore Mazzaferro and Brian Schaefer will play a key role in the outcome.

These two teams tied 3-3 when they faced each other back on September 19 in Pittsburgh. Look for this to again be a back-and-forth multi-goal game with momentum shifts. Look for the play out of set pieces to have an impact on the outcome as well as who controls the run of play in the middle third with Pitt midfielder Filip Mirkovic (3g, 12a) and Akron midfielder Dyson Clapier (7g,7a) having a say in that.

Oregon State topped Portland 3-2 when the two played in Corvallis on October 14 with Oregon State jumping out to a 2-0 lead at halftime. Oregon State has done a good job of finding a way to prevail in big games all year which bodes well for them in this one. However, the level of their play has been inconsistent. Portland led by the likes of Brandon Cambridge (12g, 6a) will have to put in a full 90-minute game to have a chance to leave Corvallis with a win.

High Point advanced by topping North Carolina 2-0 in Chapel Hill to secure their first ever win in NCAA Tournament play.  The Panthers traveled to College Park on October 17 and upset Maryland 2-1 so it not out of the question that they could upset Stanford but a quick turnaround and cross-country trip make it unlikely.

Much will hinge on whether a High Point attack led by forward Noah Holmes (11g, 0a) can penetrate a tough Stanford defense anchored by backs Keegan Tingey and Keegan Hughes and goalkeeper Noah Adnan.

Ohio State scored twice in the early going in a somewhat unexpected 3-0 win over Wake Forest. This one is going to hinge on whether Ohio State anchored in goal by Keagan McLaughlin can contain a potent UNCG attack powered by forwards Marco Alfonso (7g, 7a) and Ismail El Harchi (9g, 3a) and playmaking midfielder JC Ngando (4g, 13a).

On the other hand, UNCG will have to contain a balanced Buckeye attack led by midfielder Laurence Wooton. If the Buckeyes get on the board early the momentum will shift. UNCG is 8-0-2 at home this year and you can count on a good crowd of Spartan faithful being on hand to witness this one. UNCG will have to stay focused on the task at hand and can’t get caught up in the hype that will likely surround this one.

Saint Louis has momentum but they have the tough task of topping Indiana in Bloomington. Look for the play of midfielder John Klein (7g, 5a) and back Alberto Suarez (6g, 0a) to factor into the outcome for the Billikens who are on a nine-game unbeaten streak.

Look for forward Ryan Wittenbrink (8g, 8a) and back Joey Maher to factor into the outcome for an IU team that has earned a seed in each of the last nine seasons. A very good but inconsistent Indiana team has had trouble at times finishing the opportunities to score that come their way.

Saint Louis has the playmakers to pull off the upset should the Hoosiers not be on their game.

Look for this one to be a possession-oriented chess match of sorts with both teams carefully trying to create an opportunity that they can exploit. Patience and an opportunistic mindset will pay dividends in this one.

Breakdowns on the defensive side of the ball will be costly. Neither side is going to want to have to chase the game. The play of Virginia defender Andreas Ueland and goalkeeper Holden Brown and Marshall netminder Oliver Semmle and back Gabriel Alves will be huge.

Penn out of the Ivy comes into this one off an impressive 3-0 win over Big Ten Champion Rutgers. The Quakers will now try to do the same to ACC Champion Syracuse.

There are a lot of storylines in this one. Both teams have greatly exceeded expectations and are having banner seasons. This one will likely come down to who is able to get their attack in gear. Will it be Penn forwards Ben Stitz (11g, 7a) and Stas Korzeniowski (11g, 6a) or Syracuse forwards Levonte Johnson (8g, 6a) and Nathan Opoku (8g, 5a)?

The play of Penn back Leo Burney and goalkeeper Nick Christoffersen and Syracuse back Christian Curti and goalkeeper Russell Shealy will factor into the answer to that question.

This one could go either way. It may be an oversimplification but chances are pretty good that the outcome will hinge on whether a Cornell back line that features backs Connor Drought (3g, 8a), Cam Maquat and Nick Allen (0g, 2a) and freshman netminder Ryan Friedberg can handle the pressure that the Terp offense led by midfielders Malcolm Johnston (6g, 8a) and Nick Richardson (3g, 8a) and forwards Stefan Coppetti (6g, 2a) and Joshua Bolma (2g, 8a) will bring to bear. If the Big Red can, they have a good chance of advancing. If they can’t the Terps will prevail.

Both these teams have won a lot of games but have been inconsistent at times. Forward Max Murray and midfielder Alex Nagy (7g, 7a) have been difference makers on the offensive side of the ball for Vermont. Midfielder Knut Ahlander (12g, 4a) has been SMU’s go-to goal scorer.

It will take a total team effort to prevail in this one but you can look for the effectiveness of Murray and Nagy and Ahlander to be a critical success factor in who comes out on top in this one.

The Bruins came from a goal down to advance past California Baptist 2-1 in the first round but most of their wins this year have come when they were able to score first.

UCLA’s chances of topping Clemson are slim if the Tigers are able to put two or more in the back of the net. However, lapses in play on the defensive side of the ball have hampered Clemson at times this year so an upset is not out of the question.

Midfielder Qusmane Sylla (5g, 7a) and forward Mohamed Seye (4g, 6a) are the keys to Clemson’s attack. Their productivity will have a big impact on the length of Clemson’s stay in the NCAA Tournament. If they get untracked the Tigers will soar. Forwards Jose Contell (4g, 3a) and Kevin Diaz (4g, 2a) add punch to UCLA’s offense.

Denver has established that they can win on the road having topped Maryland 2-0 in College Park and Virginia 1-0 in Charlottesville. The Pioneers will attack but they will do so in a controlled and careful manner. The longer the game remains close the greater the chance that Denver can pull out a win. However, if Duke is able to create some separation early on they should prevail.

This is a focused and well-organized Denver team that is always a difficult opponent to face. In order to win Denver will have to find a way to contain a very good Duke midfield powered by Shakur Mohammed (9g, 3a), the ACC Offensive Player of the Year.

New Hampshire is solid on both sides of the ball which makes them a very challenging opponent to face. A season opening 2-1 loss to Maryland and a 2-1 loss to Vermont were the only times that they allowed an opponent to score more than a single goal. Forward Eli Goldman (9g, 1a) has been the go-to goal soccer in the Wildcats attack.

FIU comes into this one on a six-game winning streak that included a 1-0 win over Memphis and a 2-0 win over South Florida in the AAC Tournament. Forward Stephen Afrifa (10g, 3a) has been the main man in an FIU attack that includes 15 different players who have scored one or more goals. FIU has struggled at times on the defensive side of the ball which raises concerns. This one could go either way.

Georgetown has done a great job of getting back on track in the second part of the season after struggling early on. When the Hoyas settle into a rhythm, they have the ability to grind out wins as they did in a first round 2-0 win over Navy.

Tulsa comes into this one off a regular season ending 3-2 loss to SMU and a 2-1 loss to Memphis in the AAC Tournament. Forwards Alex Meinhard (9g, 5a) and Malik Henry-Scott (6g, 1a) add firepower to Tulsa’s attack. This one is going to hinge in large part on whether a Georgetown defense that includes Daniel Wu, Kieran Sargeant and Kenny Nielsen and goalkeeper Ryan Schewe can keep Meinhard and Henry-Scott in check.

Both of these teams have high octane attacks. Creighton forward Duncan McGuire (19g, 2a) powers the Bluejays attack while forward Ilijah Paul (10g, 8a) and midfielder Lucas Meek (10g, 8a) are among those who add firepower to an explosive Washington offense. Creighton goalkeeper Paul Kruse will likely have a busy evening. A Washington defense anchored in goal by Sam Fowler has only allowed a total of 13 goals. Look for the Huskies strength on the defensive side of the ball to give them the edge they need to prevail.