Men’s College Soccer – Freshmen Who Will Likely Make An Impact In The Sweet Sixteen. 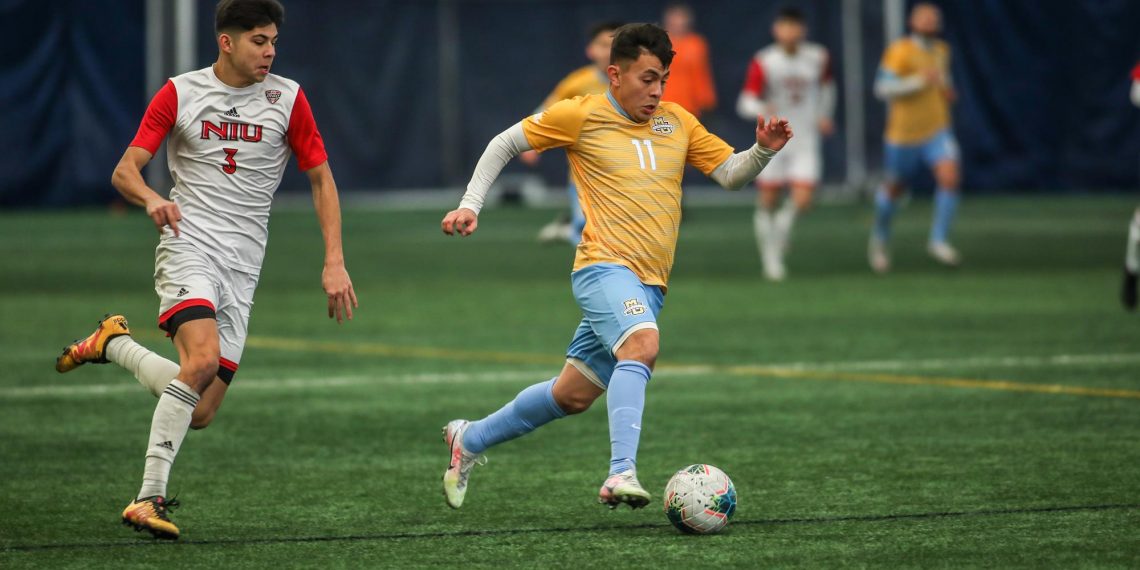 Keep An Eye On The Freshmen Listed Below.

Ousmane Sylla – Midfielder – Clemson – Sylla joined Clemson in the spring season and has been among the Tiger midfielders who have helped to fill the gap that existed due to the departure of highly regarded midfielder Philip Mayaka at the conclusion of the fall season. Sylla is part of a still deep Clemson midfield that includes Callum Johnson, Luis Felipe Fernandez-Salvador, Quinn McNeill and John Martin.

Hamady Diop – Defender – Clemson – Diop, like Sylla, joined the Tigers in the spring after honing his skills at the Soccer Institute of Montverde Academy. He is part of an experienced Clemson backline that includes senior Justin Malou, junior Charlie Asensio, and sophomores Oskar Agren and Isaiah Reid that will be tested by a Marshall attack powered up-top by senior Jamil Roberts (2g, 5a), junior Vitor Diaz (6g, 4a) and redshirt sophomore Milo Yosef (4g, 3a).

Peter Mangione – Midfielder – Penn State – Mangione (5g, 6a) joined Penn State in the spring and along with newcomer junior transfer forward Danny Bloyou (7g, 2a) has added a ton of punch to the Nittany Lion attack. Mangione is part of a deep Nittany Lion midfield along with junior Suth Kuhn (2g, 4a), redshirt senior Pierre Reedy (5g, 3a), sophomore Andrew Privett (1g, 2a), senior Callum Pritchatt and redshirt junior Keegan Ness that will have to match the intensity of an equally deep and soccer savvy Georgetown midfield.

Tyger Evans – Defender – Penn State – Evans (2g, 2a) – Evans has appeared in 11 contests with one start as a part of a Nittany Lion backline that will have to put in a full ninety-minute shift in order to contain Penn State.

Chris Hegardt (3g, 2a) – Midfielder – Georgetown – Hegardt is a rock-solid playmaker who along with fellow Hoya midfielders senior Paul Rothrock (4g, 8a), junior Zach Riviere (2g, 1a), sophomores Dante Polvara (7g, 2a) and Aidan Rocha (1g, 1a) have to play well together in order to make up for the gap that exists in the midfield due to the loss of four-year starter and pace setter Jacob Montes. The Georgetown linkmen will need to hold their own in the middle third against a very deep and talented contingent of Penn State midfielders in order to prevail.

Garrison Tubbs, Jahlane Forbes, Prince Amponsah, and Hosei Kijima – Defenders – Wake Forest – Tubbs, Forbes, Amponsah, and Kijima are among a contingent of freshmen backs that will play a key role on the defensive side of the ball for the Demon Deacons along with sophomore back Nico Benalcazar and junior Holland Rula. Wake Forest can’t afford any breakdowns on the defensive side of the ball against an opportunistic Kentucky team that has momentum.

Enzo Mauriz – Midfielder – Kentucky – Mauriz (0g, 1a) has played in 17 contests with 13 starts for the Wildcats. Kentucky is peaking as a team at the right time of the season but their margin for error against Wake Forest is very small.

Tim Schels – Defender – North Carolina – Schels (1g, 1a) has been a starter and key part of a Tar Heel defense since arriving in Chapel Hill for the fall 2020 season. He joins a Tar Heel backline that includes Mark Salas, Riley Thomas, and Joe Pickering that will have to play its best soccer of the year to contain a Stanford offense powered by forwards Zach Ryan (10g, 3a), Gabe Segal (6g, 2a) and Charlie Wehan (4g, 6a) and midfielder Will Richmond (5g, 6a). This one could be decided by a single goal.

Mark Fisher – Midfielder – Stanford – Fisher (0g, 3a), a redshirt freshman, who was named the Pac-12 Freshman of the Year, has been a starter and stable presence on both sides of the ball for the Cardinal. Fisher is part of a talented and experienced Stanford midfield along with juniors Will Richmond and Ryan Ludwick and sophomore Cam Cilley. Fisher and his teammates unexpectedly had to go into overtime to top an Omaha team 1-0 that packed the back and made it difficult to score. Stanford could have an equally tough time finishing against North Carolina.

Joey Maher and Lawson Redmon – Defenders – Indiana – Maher is following in the footsteps of his brother Jack Maher who was the 2019 Big Ten Defender of the Year at IU. Jack elected to enter the professional ranks after his sophomore season. Enter Joey Maher who has been a starter in the back for the Hoosiers along with redshirt senior A.J. Palazzolo, redshirt junior Daniel Munie, junior Nyk Sessock and sophomore Brett Bebej. Indiana has allowed a total of only three goals to date. Redmon started his first game of the year in Indiana’s second round match with St. Francis Brooklyn that was tied 1-1 at the end of 110 minutes of play and required penalty kicks to determine who advanced.

Beto Soto – Forward – Marquette -Soto (3g, 1a) and forward Lukas Sunesson (6g, 2a) have been at the heart of Marquette’s attack. Soto and Sunesson will have to continue to provide firepower in order for the Golden Eagles to have a chance to breakthrough a very stout Indiana defense.

Birkir Eythorsson – Midfielder – Virginia Tech – Eythorsson (1g, 0a) has helped to add stability and a physical presence to a Virginia Tech midfield that had a big void to fill when Daniel Pereira, the 2020 ACC Midfielder of the Year, entered the professional ranks at the end of the fall season. The Hokies struggled early in the spring season but have rebounded and are back on their game. Virginia Tech will have to play well on both sides of the ball to top a hungry Seton Hall squad that has had a breakout season.

Mattias Almeida Sundell – Midfielder – Seton Hall – Sundell (1g, 4a) – Sundell has performed well on both sides of the ball for the Pirates. He is a playmaker and is among the reasons why Seton Hall is having such a good season. Sundell was named the Offensive MVP of the Best East Tournament after contributing a goal and two assists in the Big Ten Tournament semifinal win over Marquette and an assist in the win over Georgetown in the tourney final.

Anderson Rosa – Defender – UCF – Rosa (1g, 2a) who came to UCF from the Monverde Academy has been a staple and solid contributor on the defensive side of the ball for UCF.

Bertin Jacquesson – Forward – Pittsburgh – Jacquesson (3g, 6a) joins midfielders Valentin Noel (12g, 2a) and Veljko Petkovic (6g, 8a) and forward Alexander Dexter (6g, 5a) to give Pitt one of the most explosive and balanced attacks in the country.

Aidrian Barosen – Defender – Missouri State – Barosen (1g, 0a) has been a rock solid addition to a Bear defense that has allowed a total of nine goals.