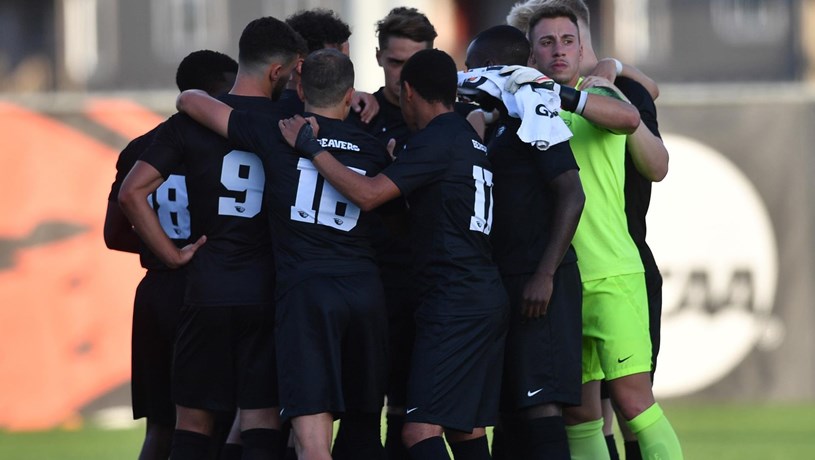 For the second time this calendar year, it’s time to crown the champion of college soccer. Marshall made a Cinderella run last year (technically this spring, when the 2020 tournament took place) to win their first national title in program history. Marshall is Back Along with The perennial powers And Others With Thier Sights Set On A Run To the title. By Brian Ludden

This is the most likely bracket to go according to seeding with no Cinderella run. While the 2021 season has seen plenty of upsets and a revolving door of number one ranked teams, it seems unlikely that there are any teams in this region other than the frontrunners that have the balance on both sides of the ball needed to pull off a shocker and an unexpected sustained run.

Chances are pretty good that beyond the first round this bracket will play out as expected. The most likely candidate to make an unexpected run looks to be the winner of a likely second round matchup between North Carolina and #16 seeded New Hampshire.

Grand Canyon (15-3-1) has had an impressive season that included a 1-0 win over Oregon State on the road back on September 6. Accordingly, the Lopes warrant a mention but an extended stay in the tourney by Grand Canyon unlikely. The Lopes should get by a determined Denver team out of the Summit League at home in round one but a subsequent win on the road against Clemson in round two is unlikely.

A veteran New Hampshire team that has only conceded eight goals, the least in D1, with an attack that features forwards senior Tola Showunmi and graduate student Paul Mayer could surprise. North Carolina has been up and down but when they are on their game, as they were when they closed out regular season play with wins over Virginia Tech and Notre Dame, they are very competitive. Chances are pretty good that New Hampshire will edge the Tar Heels but their season is likely to come to an end when they face Oregon State on the road in the Sweet Sixteen.

If both stay focused and play to their potential #8 seed Clemson out of the ACC and #9 seed Kentucky out of Conference USA appear to be headed toward a collision at Historic Riggs Field in the Sweet Sixteen. Kentucky should get past the winner of the Akron and Santa Clara game and Clemson should be able to prevail over the winner of the Grand Canyon and Denver matchup.

Kentucky has momentum after winning the CUSA Tournament while Clemson exited the ACC Tournament in the semifinals when they were unable to come up with the big play on the offensive side of the ball that they needed in a 1-0 loss to Duke. A cross-country trip for either Kentucky or Clemson to face Oregon State won’t be ideal, so look for the Beavers, led by midfielder Tyrone Mondi (8g, 5a) among others and in goal by Adrian Fernandez (0.91 GAA with 8 clean sheets) to play their way into the College Cup.

Washington earned the #2 overall seed in the tournament, and would likely have been the top overall seed had they been able to defeat Oregon State in their final game of the regular season that ended in a 2-2 draw.

Washington has been great on the defensive end, only allowing ten goals on the season. The Huskies will face the winner of the Portland and Seattle first round match. Both those teams are capable of making things tough for Washington if they do not bring their A game. It is worth noting that when Washington and Seattle faced each other during regular season play that the contest went into overtime before Washington prevailed 2-1.

Indiana remains a dangerous team to face but they have not had that extra something special going for them this year that they have had at times in the past. The Hoosiers have had a good but not classic season with losses to Creighton 3-0, Rutgers 2-1, Michigan 2-1, Maryland 2-0 and Penn State 3-0. The Hoosiers appear to be a team that has had trouble calibrating the desired balance between offensive productivity and defensive stability.

UCLA, once the flagship team of the west coast, returns to the NCAA Tourney field after a multi-year absence, but the Bruins are a young team that is still a work in progress and not likely to generate a sustained run. Duke, Saint Louis and Maryland have all exceeded expectations. #10 seed Saint Louis is unbeaten on the season with a 14-0-4 record and could surprise but it is likely that the Billikens are a season away from being a legitimate contender for a berth in the College Cup.

Maryland and Saint Louis both have the potential to make a sustained run but since they will likely face each other in the second round only one has a shot of making it into the Sweet Sixteen. The Terps may have a tough time settling into a rhythm on the offensive side of the ball against a Saint Louis team that is averaging 2.39 goals per game while holding opponents to an average of 0.67 goals per game.

It is a little difficult to determine just how good UC Santa Barbara is this year. What we do know is that they won the Big West Conference Tournament and the automatic berth that goes with it which is something that they have had trouble doing for some reason in past seasons. The Gauchos will travel to face UCLA in the first round with the winner earning a trip to the east coast to face Duke. UCLA will likely get past the Gauchos but their season should come to an end against a sophomore fueled Duke team that has come into their own this year.

Washington has tended to underachieve in years past in the NCAA Tournament but this year the play making ability of midfielder Dylan Teves (6g, 7a) and a strong defense anchored by a backline of Charlie Ostrem, Ryan Sailor, Kendall Burks, and Achille Robin and goalkeeper Sam Fowler should enable the Huskies to punch their ticket to the College Cup in Cary.

This bracket has some potentially mouth-watering matchups throughout the first few rounds.

College soccer’s highest-scoring team, Campbell, will head to Blacksburg to take on Virginia Tech in round one.

The potential also exists for a matchup between the two most recent national champions, with #3 seed Georgetown and #14 seed Marshall on a crash course for a meeting in the Sweet Sixteen. It would be a great matchup between two exciting sides, but Marshall (11-3-3) is questionable at this point after coming out on the short end in their last two contests (a 4-1 loss to FIU and a 3-1 loss to FAU) prior to entering the tournament. If that matchup does occur, Georgetown matches up well with Marshall and should prevail.

Look for the Hoyas and Tulsa to meet in Washington D.C. in the Elite Eight with a spot in the College Cup on the line. Forward Stefan Stojanovic and midfielder Dante Polvara will look to lead the way for Georgetown on offense while goalkeeper Giannis Nikopolidis and defenders Sean Zawadzki and Daniel Wu among others will anchor a Hoyas defense that has only allowed a total of 13 goals on the season. Tulsa has been without the services of Alex Meinhard and Malik Henry Scott recently which means that may have to depend on others for offensive productivity.

It is not going to be easy but If they play to their potential and take it one contest at a time a Georgetown team that is a perfect 10-0-0 at home will advance to the College Cup.

The two top seeds in this bracket are from the ACC, with the Fighting Irish from Notre Dame finishing the season strong to secure the number 4 seed with the Pittsburgh Panthers earning the number 5 seed. Both of these teams should advance to the Elite Eight but neither are a lock to do so. If either comes out flat or has lapses in play on the defensive side of the ball it will likely result in a shorter than expected stay in the tournament.

A Hofstra team that is 8th in the nation in GAA and tied for 5th in goals scored could make their own run but they have a difficult road that includes Lipscomb in the first round and Penn State in the second if they get past Lipscomb. An up and down #13 seed FIU team that recently knocked off then number one ranked Marshall, a Vermont team that has only one loss since September 28, and although inconsistent at times a Wake Forest team that has knocked off multiple top five ranked teams, and a #12 seed Penn State (13-6-1) team that won the Big Ten regular season and tournament titles are all capable of getting hot and making a sustained run.

Finally, no one should overlook Northern Illinois (14-2-2) out of the MAC. The Huskies under head coach Ryan Swan had a month-long stretch earlier this season during which they won seven in a row and didn’t concede a single goal. NIU also sports the nation’s top goal scorer, Nick Markanich (16g, 5a) who has the ability to take over a contest.

Notre Dame defeated Pitt twice this season, but Pitt is a healthy 4-1 against top ten teams. If Pittsburgh settles into a grove on the offensive side of the ball, they will be a hard team to top. Notre Dame looks to be the logical pick to come out of this bracket but look for Pittsburgh to gain momentum and for their third match with Notre Dame to prove to be the one in which they prevail and punch their ticket to the College Cup for the second year in a row.

These predictions could go horribly wrong. Pittsburgh could get knocked out by Northern Illinois in the first round. Oregon State could fall to New Hampshire, and despite their amazing record at home this year, Marshall could eliminate Georgetown. Washington could be upset by the winner of the Portland and Seattle matchup in round two. With the way this season has gone, anything can happen. College soccer fans can expect the unexpected to occur in what looks to be a very competitive and interesting NCAA Tournament.