LA Dreaming: How Joao Moutinho’s Versatility Transitions From College To The Pros – by Dela Agbotse 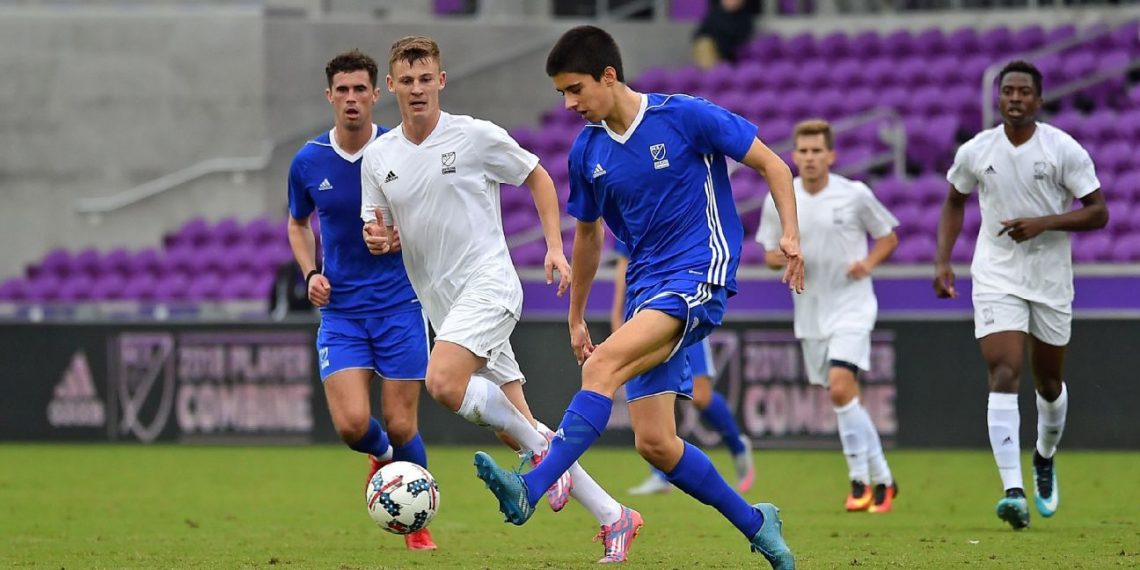 Joao Moutinho (20) became only the second Akron player to be selected number one overall in the January MLS draft by the newly formed LAFC. But his journey to the pinnacle of college soccer and eventually into the pro ranks has been unconventional in many ways. Born in Lisbon, Portugal. Moutinho spent the better part of his formative footballing years with the famed Sporting Lisbon Academy which boasts graduates such as five time ballon d’or winner Cristiano Ronaldo among others.

With an ever increasing amount of American soccer skipping the college route and setting their sights towards Europe, why would Moutinho leave Sporting Lisbon to sign with Akron to play college soccer, having played at the highest level of youth soccer?  In a realistic sense, having gone through the Sporting system, Moutinho would have sought to go out on loan to ganner the experience of playing first team football at another club, having not made it onto the Sporting first team.  He likely would have repeated the cycle for a few more years like many young professional soccer players in Europe, yet the then nineteen year old chose to leave his native home country of Portugal for Ohio to sign with the Akron Zips.

In his first and only season as a student athlete at Akron,  Moutinho built somewhat of a reputation as a talented freshman like none other college soccer had seen in a long time.  He flourished in a side that is synonymous with playing an attractive brand of soccer that emphasizes keeping possession like no other team in college soccer.

Moutinho picked up numerous accolades along the way while helping the perennial college soccer powerhouse to a 18-4-2 record. The Portuguese youngster was honored as the MAC Freshman of the Year and was named to the College Soccer News All-Freshman Team.  In addition, he was a United Soccer Coaches and College Soccer News All-America Team selection.  Moutinho was instrumental in Akron's success, leading from the back with three goals and five assists in twenty-four games.

He will look to have a similar effect with new expansion team LAFC, but this time in more versatile positions.  Mourinho's versatility and flexibility are among his most enduring qualities and that allows him to slot into whatever system Bob Bradley decides to roll out for his side, thus far Moutinho has primarily been used as a left back, but could fill in at defensive midfield, centre back, or even at right back. This versatility to his game ensures that Bradley and LAFC can rely on the Portuguese youngster to fill in and do the job where and when the team needs.

Moutinho's first two games to start the new MLS season have been impressive and have shown his very high potential, as he no doubt seeks to justify his tag as the number one overall pick. What makes Moutinho special is his awareness in tight spaces, as well as his ability on the ball which allows him to play passes between the lines.  With a veteran midfielder in Benny Feilhaber and pacey forwards in Ghanaian speedster Latif Blessing and Mexican international Carlos Vela, Moutinho will have the confidence to play the ball into tight areas in the midfield or over the defense into the channels, both of which he is more than capable and more importantly comfortable in doing.

Moutinho is only getting started as a professional, while his decision to leave Sporting Lisbon for the Akron Zips might be unconventional, it has paid off  and with his current trajectory, don’t be surprised if he ends the season as Rookie of the Year.  That may be a long shot but so was his decision to take the college route from Sporting Lisbon.