Kentucky and Maryland Advance to the Elite Eight 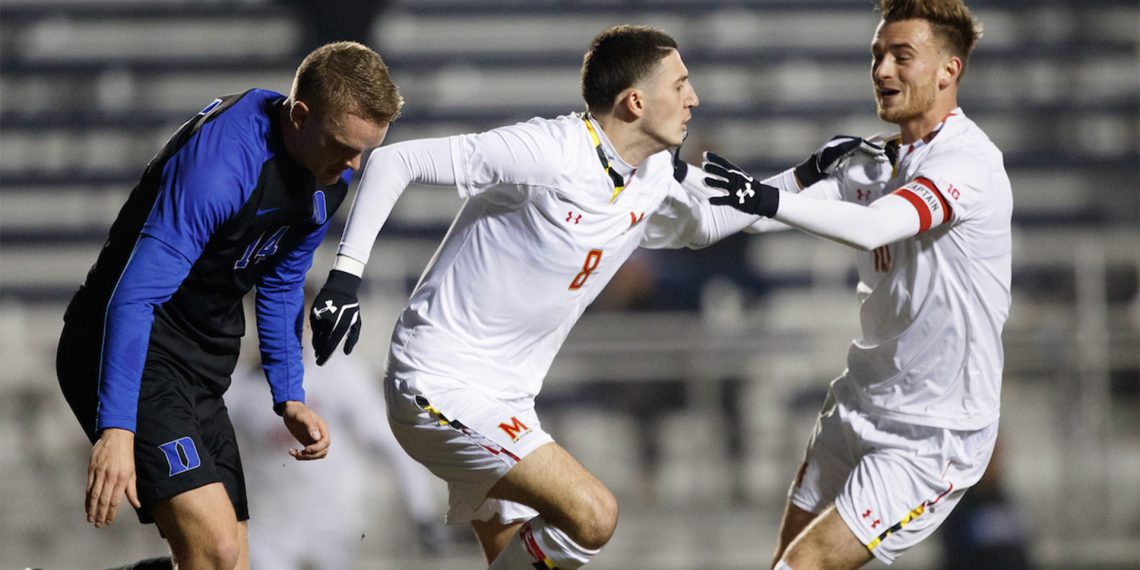 Kentucky got a scare from Lipscomb but in the end a balanced Wildcat attack prevailed.  Maryland weathered an early Duke offensive thrust before turning the momentum in their favor with steady play on both sides of the ball in an on the road win over Duke. 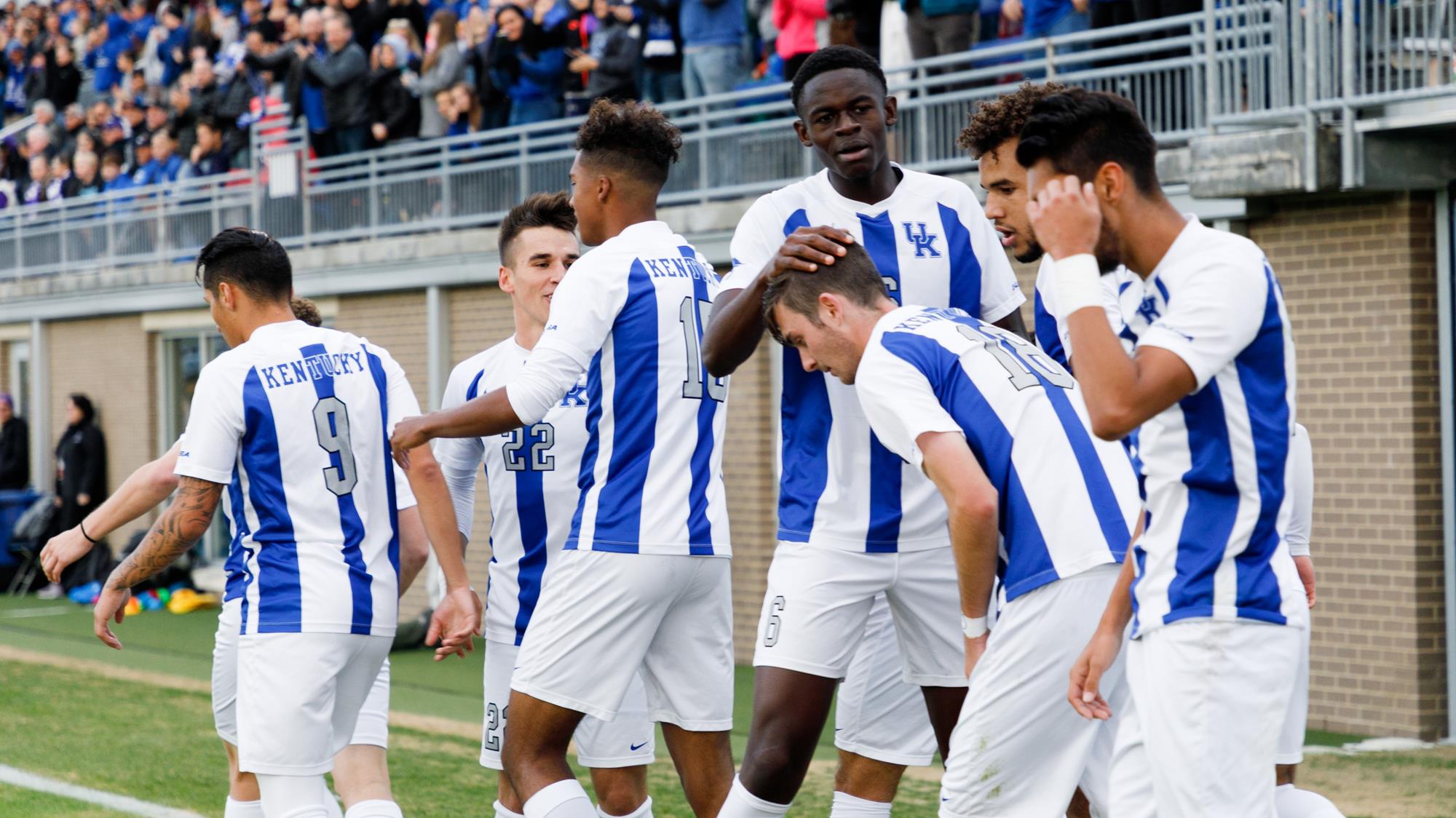 Kentucky 2 – Lipscomb 1 – The Wildcats maintained their composure, withstood the pressure, and did what they needed to do to prevail against a very determined and talented Lipscomb team whose improbable yet decisive run in the NCAA Tournament finally came to an end.

It was a gut check  and get over the bump type win for a Kentucky team that has their sights set on a berth in the College Cup and then some. Kentucky head coach Johan Cedergren stated, "This was a first for us as a program to be able to get to a quarterfinal game at home.  So I think that some of the shakiness or some of the nerves that came out in this game have to do with things that we've never done before."

Lipscomb concludes a history making and barrier breaking season of their own in which they advanced to the Sweet Sixteen for the first time in the history of the program.  .

The contest remained scoreless until the seventy-sixth minute of play when freshman forward Jason Reyes alertly sent a rebound into the near post from inside the box with a double assist from midfielders Marcel Meinzer and Nicolai Fremstad to give Kentucky a very brief 1-0 advantage.  It felt like the goal might open the floodgates and give Kentucky the leverage they needed to take over the contest.

But Lipscomb proved otherwise when forward Logan Paynter, the ASUN Player of the Year, tied the contest at 1-1 less than thirty seconds later out of a free kick served in by forward Ryan Birchfield.  Back Daniel Muhlbauer was also credited with a helper on the goal.  In regard to his team's quick response, Lipscomb head coach Charles Morrow stated, "I think that's a credit to the team's perseverance."

It appeared at that point that the contest might be headed to overtime as it did when the two teams  faced each other back on September 18.  But Kentucky took the turn of events in stride and regained the lead during the eighty-second minute of play when midfielder Bailey Rouse produced what proved to be the game-winning goal when he chested in a free kick accurately served in by Meinzer.

The goal was Rouse's second of the year and could not have come at a more opportune time since it gave Kentucky the margin they needed to advance to the Elite Eight for the first time in the history of the program.  Meinzer and Fremstad, who were part of a very balanced Kentucky offense, each now have a total of seven assists. .

Kentucky had a twenty to ten advantage in shots for the evening while Lipscomb had a six to five advantage in corner kicks.  Senior Chris Zappia, who had a seven save evening, was impressive in goal  once again for Lipscomb making several excellent stops. Enrique Facusse had one save in goal for the Wildcats.

The Bisons conclude the season with a 10-10-1 record that is a bit misleading.  Lipscomb is located in Nashville which is the home of country music.  The Bisons' season followed the pattern of a lot of country songs.  The first half of the season was frustrating and heartbreaking for a team that could not catch a break. But Lipscomb kept at it, didn't lose hope, and turned things around during the second half of the season when it counted the most. In the end everything fell into place and it proved to be the best season in the history of the program.

Number three seed Kentucky improves to 19-1-1 and advances to host a surging number eleven seed  Maryland team out of the Big Ten on Friday. 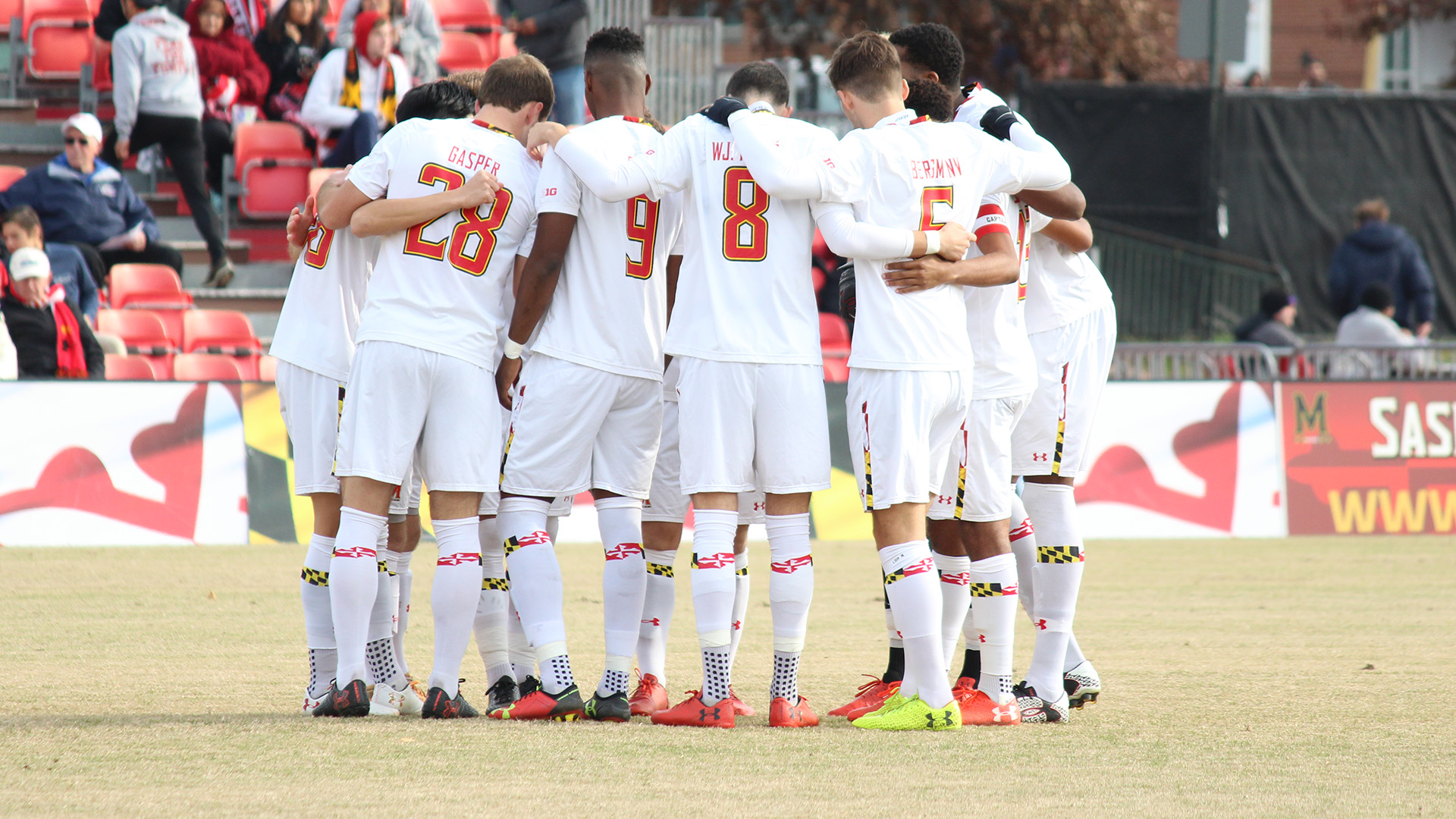 Maryland 2 – Duke 0 – This contest had a lot of significance for both programs.  Both have had good seasons but a win in this one would be a statement of sorts for the victor and a confidence  builder.

Number six seed Duke sought to build on the renewed regular season success that they have enjoyed for the past two years by returning to the Elite Eight for the first time since the 2004 season.  Number eleven seed Maryland sought to establish that they were back on track in post season play after disappointing early exists from the NCAA Tournament in 2016 and 2017.

Duke looked good in the early going quickly settling into a rhythm on the offensive side of the ball.  It looked like the Blue Devils had momentum but that all changed in the twenty-fourth minute of the match when freshman forward William James Herve (3g, 3a) drove a highlight reel volley into the back of the frame that was set up by a nice move and cross from junior forward Paul Bin.

Duke head coach John Kerr stated, "Momentum changes when goals are scored and that's exactly what happened, because we were on the offensive for most of the half and got a little bit of momentum after they scored."   The contest remained 1-0 at intermission.

Duke pressed the attack at the beginning of the second half but they were unable to break through a solid Maryland defense.   Senior midfielder Amar Sejdic  (7g, 0a) added the insurance goal in the sixtieth minute of play for the Terps when he took advantage of a turnover in the box and alertly sent a shot into the net from twelve yards out.

Redshirt junior Dayne St. Clair had an eight save evening in goal for the Terps.  The Maryland backline of senior Chase Gasper, juniors Donovan Pines and Johannes Bergmann and sophomore Ben DiRosa did a good job of containing the Duke attack.

Maryland head coach Sasho Cirovski stated, "I am incredibly proud of our team tonight.  That was an outstanding performance against a great team on the road in a big game."  He added, "I couldn't be more proud of how this team has come together since the beginning.  There's a belief in this team righr now."

Duke's season ends in the Sweet Sixteen for the second year in a row with a 11-7-2 record.  A Maryland side that is gaining confidence and playing with intensity improves to 10-6-4 and advances to face number three seed Kentucky on Friday in Lexington.