JJ Williams and the Kentucky Wildcats by Dela Agbotse 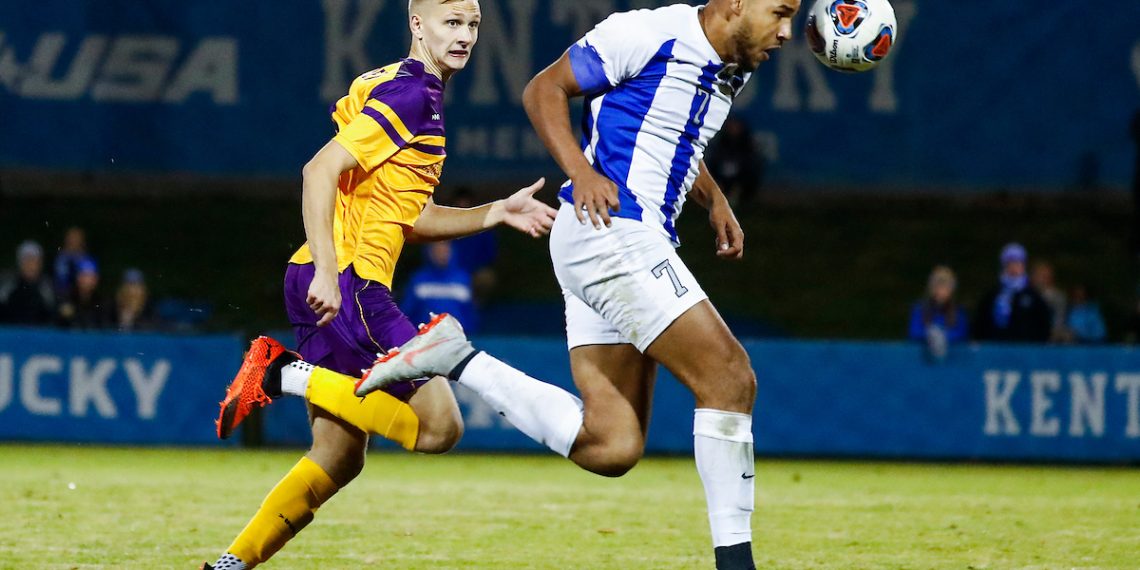 The key to Kentucky’s success in the NCAA this year?  If you had one guess, you’d probably guess JJ Williams and you’d be right. The junior forward and his teammates will be making Kentucky's first ever appearance in the Elite Eight when they host number eleven seed Maryland at the Wendell and Vickie Bell Soccer Complex on Friday with a berth in the College Cup (Final Four) on the line.

JJ is part of a team that has a chance to dethrone Stanford as the best men’s college soccer team but first they have to get past the Terps.  Under the tutelage of Johan Cedergren the Wildcats are playing their best soccer to date and the poster boy for their exciting brand of soccer is the recently named Hermann Trophy semifinalist JJ Williams.

While Williams has been a difference maker and impact player this year for the Wildcats, Kentucky is by no means a one man show.  The team oriented Williams would be the first to point that out. Coach Cedergren is aided by the emergence of players in key positions like sophomore goalkeeper Enrique Facusse who anchors a defense that has the second best goals against average in the country, as well as midfielders Kalil Elmedkhar, Nicolai Fremstad, and Sam Stockton and freshman attacker Jason Reyes who support Williams in an organized yet attacked minded set up.

Williams is the third leading goal scorer in the country with eighteen and is important off the field as well.  He is always giving advice and seems to be putting the team on this shoulders in that regard.  For all of JJ’s gifts – he scored twice and assisted another in a 3-0 thumping of highly ranked Indiana earlier in the season and scored two important goals against Portland in the second round on the NCAA tournament – the Wildcats have not been entirely dependent on the star forward. A variety of players have a hand in the teams forty-nine goal output thus far this season.

Williams is among the survivors from last seasons disappointing 1-0 loss to Marshall in the first round of the Conference USA Tournament.  Williams and teammates like senior captain Tanner Hummel among others have unfinished business in the NCAA tournament.

Everything has come together this year for Williams and the Wildcats who are 19-1-1 and have won ten straight. Regardless, their encounter with Maryland Friday at The Bell looms as their biggest test thus far in the tournament and the most important contest to date in the history of the program.

In order for Maryland to stand a chance of leaving Lexington with a win, they will have to find a way to contain the unique and talented Williams.  Something all the teams Kentucky has faced this season have been unable to do.