Five Teams That Are Flying Under The Radar 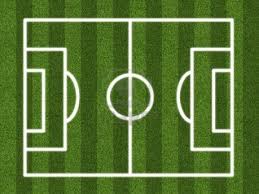 While they may currently be flying a little under the radar on the national scene these teams are making their presence known in conference play.

Denver – The Pioneers are unbeaten in their last nine contests and are now 8-3-3 overall with a 3-0-0 mark in Summit League play.  The turning point for Bobby Muuss' team may have occurred back on September 14  when they played well but came out on the short end of a 1-0 matchup with Saint Louis on the road.  They have not lost since that contest.

Denver is in their first season of play as a member of the Summit League after many seasons in the Mountain Pacific Sports Federation.  So far the switch to the Summit League looks to be a good fit for the Pioneers.  Denver has not allowed a goal in the last 318 minutes of play with solid play in goal from junior Oliver Brown and a tenacious back four that has rotated at times due to injury.  Seniors Theodore Remman, Blair Jeralds and Jack Henderson, junior Taylor Hunter and redshirt freshman Reagan Dunk are among the guys who have played key roles in what appears to be a much improved backline.

Senior forward Zach Bolden (5g, 5a) and senior midfielder Cole Chapleski (4g, 3a) have demonstrated big play ability on the offensive side of the ball.  Redshirt junior Reid Hukari (2g, 3a) who missed most of the 2012 season due to illness, junior forward Ryan Dodson (0g, 2a), sophomore midfielder Chandler Crosswait (2g, 2a), and freshman midfielder Kyle Morlack are among others who have given the Pioneers a multi-dimensional attack to date that has done a good job of maintaining possession and creating scoring opportunities.

Muuss has fielded some very competitive teams in the past but Denver has been hampered at times by what on the surface at least has appeared to be a lack of toughness or perhaps the sense of urgency needed to remain focused for a full ninety minutes of play.  Look for the play of seniors Brown, Chapleski, Remman, and Jeralds to set the pace one way or another in that regard for the remainder of the season as the contests begin to tighten down the home stretch and into tournament play.

Muuss stated, "We have a great group of young men that continue to get better with each game of the season.  Our senior leadership both on and off the field has been the key to our success this season.  The culture they have created is something that is going to help this program for years to come."  He added, "All year our motto and goal has been to get better with each opportunity we have whether in training or in games."

At this point Denver looks to be the team to beat in the Summit League with matches against Eastern Illinois, Oral Roberts, and Western Illinois remaining on their regular season dance card.  That is followed by a yet to be determined four team Summit League  tournament which is scheduled to  get underway on Friday, November 15.

Senior goalkeeper Gavin Snyder and the backline of seniors Nick Dubee, Blake Busse, junior Joseph Greenspan, and sophomore Derek Vogel have been rock solid.  Sophomore forward  Jamie Dubyoski (8g, 1a) has had a brilliant season to date to lead the attack.  Greenspan (4g, 0a) who led the mids in scoring last year has also been active on the offensive side of the ball.  Senior midfielder Martin Sanchez (0g, 6a) is the glue who holds everything together as a key contributor on both sides of the ball.

Dave Brandt, who is in his fifth season at the helm of the program, pretty much summed up the situation when he stated at the conclusion of Navy's recent 2-1 win over Bucknell, "We know we can play and we know we can win games, but we also know we haven't done anything yet."  He added, "There are still four more conference games to go and nobody in the league has clinched a playoff berth yet."

Navy has conference wins over Boston University, American, Colgate, Lafayette, and Bucknell but they have a competitive slate of league games remaining with Holy Cross, Lehigh, Loyola Maryland, and Army.

The determination of the participants in the Patriot League Tournament field has historically almost always come down to the final week of regular season play.  In the past the tournament field has consisted of four teams but with the addition of new members Boston University and Loyola (MD) the tournament field has been expanded to six teams in 2013.   It is noteworthy that the first three teams in the Patriot League preseason poll are not faring well.  Preseason number one American is 2-2-1 in league play, number two Boston University is  1-4-0 and number three Loyola (Md) is 0-4-1 to date.

Look for the Patriot League tournament field not to mention seeding to again come down to the last week of the regular season and a photo finish.

Army – The Black Knights are 10-1-1 with a 5-0-0 mark in Patriot League play.  Russell Payne enters his fourth season as the head coach at Army.  Prior to that he served as an assistant coach at Maryland for five seasons under head coach Sasho Cirovski.  When Payne took command of the Army program many felt that he was a great fit for the program and would be a difference maker.  Those predictions appear to be right on target.

To say that Payne has a young team on the pitch this year is an understatement.  Senior midfielder Jason Lewis (1g, 0a), junior backs Sean Morgan (2g, 2a) and Tommy Jaeger (0g, 1a) and junior goalkeeper Winston Bolt (0.48 GAA) are the only upperclassmen in the starting lineup.  As many as seven freshmen have been in the starting lineup and five out of Army's six top goal scorers are rookies.

Army has a balanced attack but they do not have a dominant goal scorer.  Freshman forward Ethan Spivack is the only member of the team so far to have scored three goals while five different players have put two in the back of the net.  The Army defense led by goalkeeper Winston Boldt has allowed a total of only six goals in route to recording nine shutouts.  The backline of juniors Jaeger and Mogan (2g, 2a) and freshmen Trase Stapley (1g, 1a) and Tanner Vosvick (2g, 2a) has been outstanding.

The only blemishes on Army's record to date are a 3-2 loss to non-conference foe Houston Baptist and a scoreless tie with Quinnipiac.  Army has Patriot League wins over Bucknell, Boston University, Colgage, Loyola (Md), and American.  They have league matches remaining with Lehigh, Holy Cross, Lafayette, and Navy.

The Black Knights have a lot going for them but it remains to be seen whether their youth will become a stumbling block down the home stretch.

When Creighton left the MVC to become a member of the Big East Conference the big question was who, if anyone, would emerge to take control of the conference.  Bradley, SIU Edwardsville and Evansville seemed to be the most likely candidates but little thought was given to Missouri State.   However Jon Leamy's team has taken care of business with wins to date and is attracting attention in conference play with wins over Loyola Chicago 2-0, Drake 2-0, and Evansville 1-0.  They have regular season MVC contests remaining with Central Arkansas, Bradley and SIU Edwardsville.

They say defense rules and that defense wins championships.  If that is correct then Missouri  State has a good shot at running the table in MVC play this year and returning to the NCAA Tourney field for the first time since 2009. The Bears have allowed a total of only six goals to date and have not allowed a goal in their past five matches.

On the offensive side of the ball the Bears have only netted a total of thirteen goals to date.  Junior midfielder Jack Roberts (4g,0a) and redshirt sophomore midfielder Emmerich Hoegg (3g, 0a) have been the top point producers to date.  The lack of offensive firepower means that the margin for error on the defensive side of the ball is very slim and could prove to be problematic for Missouri State down the road.  On other hand the Bears have momentum and this is a group that plays well together.  Combine that with tenacious defense and a little more offensive punch and you have a team that could be difficult to beat.

UIC – The Flames opened the season with a 1-0 loss to UC Santa Barbara and a 3-1 loss to DePaul but since then they have been a hot team winning eleven of their last twelve matches to improve to 11-3-0 with a 4-0-0 mark in Horizon League play.  This is a team that is playing well on both sides of the ball.  The offense is led by senior Slobodan Aleksov (7g, 3a) and junior playmaker Jesus Torres (4g, 8a).  Senior midfielder Bob Novak (3g, 5a) is among others with the ability to cause problems for opposing defenders.

On the defensive side of the ball freshman Andrew Puntna has played like a veteran with eight shutouts to date and a 0.77 goals against average.   Redshirt senior Josh Beard, redshirt sophomore Thomas Villamil and freshmen Joel Leon and Kyle Hamann are part of a young but talented UIC defense that has held opponents to a total of eleven goals.

The Flames have Horizon League wins over Cleveland State 1-0, Detroit 2-0, Milwaukee 1-0 and Wright State 3-2.  They have regular season  league matches remaining with Valparaiso, Oakland and Green Bay. UIC is talented and to date they have shown the grit needed to take care of business in the close games.

Sean Phillips is in his fourth season at the helm of the program with by far what looks to be the best team from top to bottom that he has put on the pitch.  Phillips stated, "We are in good form right now in conference play.  This group has had a great mentality and they are getting rewarded for it."

UIC has been absent from the NCAA Tourney field since the 2008 season.  If they continue to play with the intensity and focus that they have shown to date they have a good shot of making a return trip in 2013.