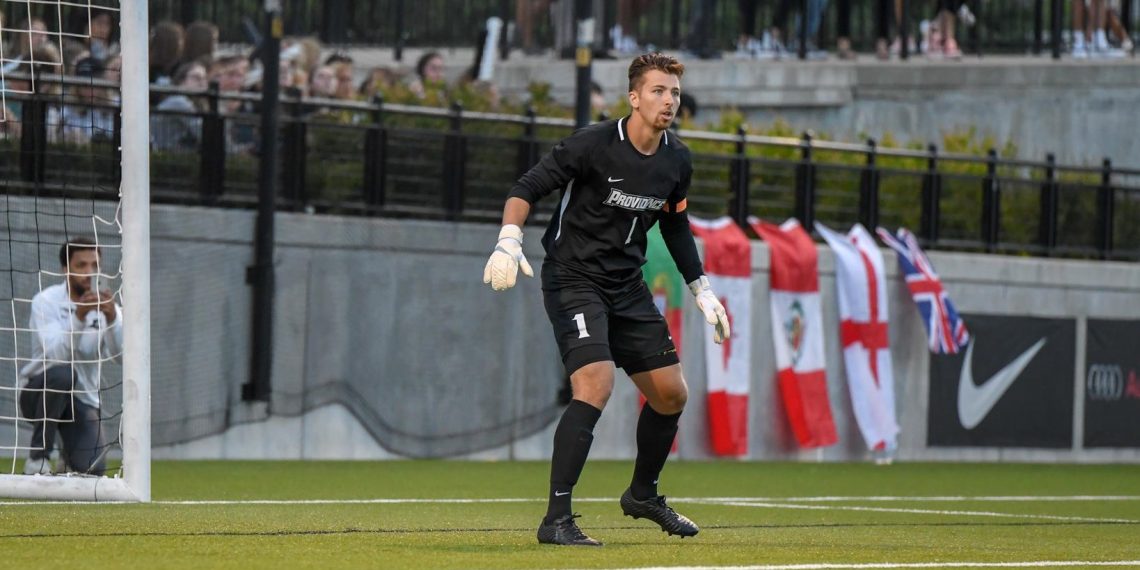 We are just a few weeks into the 2018 College Soccer Season but it is not too soon to begin to look at the top senior goalkeeper prospects for the 2019 MLS Draft. Last year, three keepers (Eric Dick our of Butler, Jeff Caldwell out of Virginia, Ben Lundgaard out of Virginia Tech) were chosen in the first round and this year’s crop of GKs is just as talented. College Soccer News takes a look at some of the most intriguing pro prospects going forward.

Rashid Nuhu (Fordham) – Arguably the top keeper in the country, Nuhu helped lead a mid-major program, Fordham University, to the NCAA Quarterfinals last year, and will look to have the same impact this season. Nuhu has a great combination of athleticism, distribution from his feet and aerial dominance on crosses, which has brought out comparisons to former UCONN netminder, Andre Blake. Nuhu, from the renown Right to Dream program, will hope to walk the stage in the first round, following in the steps of his former teammates, Ema Twumasi, Edward Opoku and Francis Atuahene.

Dayne St. Clair (Maryland) – St. Clair, a Canadian Youth National Team member, had big shoes to fill, following in the footsteps of former Terp, Zach Steffen (Columbus Crew /USMNT), but has performed admirably and will look to bring Maryland back to their national prominence in 2018. St. Clair at 6’4” is the complete package.  He makes tough saves look easy, but also has excellent footwork to go along with it. It’s yet to be seen if MLS will continue signing Canadian players to Generation Adidas and/or senior contracts, but St. Clair would be at the top of the list.

Mike Bernardi (Boston University) – Bernardi, the 2nd-Team All Patriot League honoree last year, had a great summer with the Brooklyn Italians (PDL) and will look to continue his form for the Terriers. Despite his smaller frame, Bernardi’s decision making, ability in 1 v 1 situations, and distribution from the back sets him apart. The goalkeeper position has been in flux for the Terriers, but if the coaching staff wants to make an NCAA tournament run, Bernardi will be in the plans. The Mahopac, New York native has trained with multiple MLS sides and with a solid senior season, should put himself in the mix for the combine.

Colin Miller (Providence) – Possibly the most underrated keeper in the country, Miller has been overshadowed by fellow Big East keepers, JT Marcinkowski (San Jose Earthquakes) and Eric Dick (Sporting KC), but is poised have an excellent 2018 season. Miller, a RS Senior, has great command of his box, excellent reactions and has improved with his feet each year. Miller, with his large frame, fits the prototypical MLS GK mold and should receive a combine invite come January.

Jimmy Hague (Michigan State) – Hague, the College Soccer News 3rd-Team All American selection, has been the most consistent goalkeeper in the nation the past two seasons. The Spartans’ keeper has superb positioning and timing, which allows him to regularly make world class saves. Hague, a former field player, is comfortable with the ball at his feet and delivers exceptional driven balls to his outside backs. Similar in playing style to 2017 first round draft pick, Eric Dick, expect Hague to be among the top GKs taken.