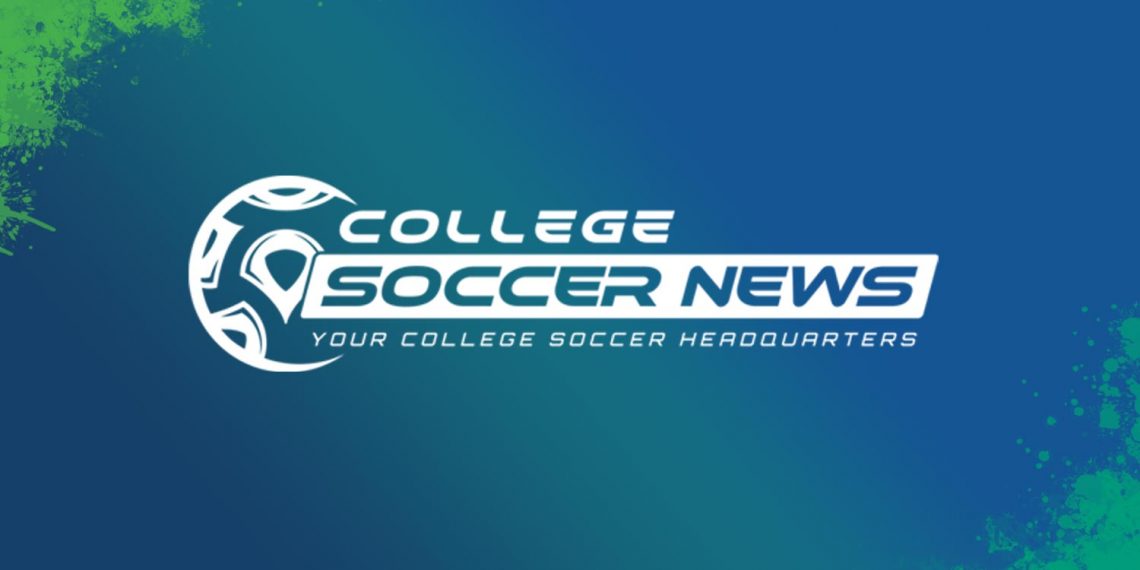 The 2022 MLS SuperDraft takes place tomorrow (1-11-2022) and expansion side Charlotte FC is on the clock. The past three #1 picks (Frankie Amaya, Robbie Robinson & Daniel Pereira) have all had their fair share of success thus far and Charlotte is hoping to find the next gem. Signs are pointing towards Maryland center mid Ben Bender, while fellow GA signees Kipp Keller & Ousseni Bouda remain atop many teams draft boards.

This year’s draft is considered a fairly strong one. In the past few seasons, roughly 5-10 players per SuperDraft play significant minutes in year one. Here’s to hoping your team finds the next Tajon Buchanan.

College Soccer News predicts the 1st round of the 2022 MLS SuperDraft.

Charlotte goes with Bender, a left-footed central midfielder who should be able to make a Daniel Pereira type impact in year 1. The Terps playmaker will show he can put more effort into the defensive parts of his game, but regardless has all of the intangibles to be an important player in MLS. The Big Ten Midfielder of the Year is a safe and smart pick-up for the 28th franchise.

Cincinnati selects Celentano, the near consensus top netminder in the country. Celentano is a top shot-stopper, but will need a while to earn time in MLS NextPro until he’s ready for 1st team minutes. Cincinnati adds to their GK depth here, while using the rest of the transfer window to bolster the rest of their squad.

Dallas selects Bouda, a flashy winger who has the highest upside in this draft class. His ability to take players on at speed and quality in the final third, make him a steal at #4. Bouda has been in the GA conversation for two years now as he’s a player who can make an impact from day one.

Houston selects a domestic GA center back for a consecutive year. Keller has great composure and defensive instincts and is in a similar mold to Nashville selection Jack Maher. The Billikans captain had a fantastic junior campaign along with a good showing at the MLS College Showcase. Expect him to be a top 5 pick and compete for minutes in year one.

Austin desperately need defensive depth and follow suit taking a Huskies defender in consecutive Superdrafts. Sailor, the Pac-12 Defender of the Year is tall and rangy center back, who has great recovery pace and aerial presence. If Sailor can clean up some aspects of his distribution, expect him to be a longtime MLS defender.

Dallas lacks left back depth and selects Parker, a left-sided winger, who can be converted to a left back. Parker has explosiveness and 1v1 ability that makes him an intriguing pick. Expect Parker to play limited minutes early on, while gaining experience in MLS NextPro.

Chicago selects the first Canadian in the draft in Omar, a left-footed defensive midfielder, who can also play as a center back. Omar helped lead Notre Dame to the College Cup and should be a nice depth piece for Chicago.

San Jose goes with Centeno, a GA signee out of Pacific, who can play as a winger or attacking full back. Expect San Jose to develop Centeno as an explosive right back, although he needs to work on his defensive positioning.

Miami selects Burks, an athletic center back, who played right back his senior year with the Huskies. Burks has been trialing in England, but Miami picks him hoping he can slot into the right center back role in a 5 man back line.

The Rapids desperately need forward depth and select Ulfarsson, the ACC Offensive Player of the Year. Ulfarsson has top quality in the final third and plays with an aggressiveness that coach Fraser will like. Ulfarsson is one of the top attacking talents in the draft, with his international status being the main deterrent.

Montreal select Loeffelsend, a French right back, who’s arguably the most MLS ready defender in this draft class. Loeffelsend is already aged 24, but Montreal select a player with quality service, who can provide spot minutes in 2022.

Columbus only has two center backs currently on the roster and select Longmire, an athletic center back, who missed most of the year due to injury. Longmire has one of the highest upsides among defenders in the draft, but will need to work on his passing out of the back to make an impact long term.

Cincinnati selects the 4th Billiken in this draft, Becher, a goal scorer at every level. Becher will need to work on his frame to hold up MLS defenders, but his finishing quality in the box makes him a smart pick-up here.

NY Red Bulls have a history of bringing in hulking center backs and stick with that routing drafting 6’8” defender out of Navy, Matt Nocita, who looks to be in the similar mold of current RBNY defender Sean Nealis.

Vancouver draft Gavran, a Canadian netminder to help provide depth to their goalkeeper core. Gavran is an excellent shot-stopper and won Big East GK of the Year with the Red Storm.

Minnesota historically drafts attacking talent with an upside and picks Mutatu here. Mutatu is a hybrid forward/winger, who ultimately projects as a wide player in MLS. His 1v1 ability and knack for scoring makes him an appealing choice.

Atlanta go with the highest upside player available in Djeffal, a French playmaker. The Pac 12 Midfielder of the Year has quality in all facets of his game. The international status would be the only thing holding him back from making an MLS roster.

Seattle need center back depth and select Bartlett, a big center back with ball playing capabilities. The biggest question with Barlett is his mobility in tight areas, but he’s showed well enough to be a late first round pick here.

Galaxy choose Rasmussen a left sided attacking full back, who should earn minutes with Galaxy2. With the dearth of domestic left backs in MLS, don’t be surprised to see Rasmussen snapped up earlier in the first round.

Sporting KC select Munie, the Big Ten Defender of the Year for the Hoosiers. Munie is your classic center back archetype, as he’s a non nonsense defender, who’s very good aerially. Coach Vermes will look to mold him into a Matt Besler-esque long term defender.

Colorado selects another forward option in Holcomb, one of the most consistent forwards in the ACC. Holcomb has been a goal scorer at every level, but there are questions whether his frame will translate in MLS. Expect him to earn minutes in MLS NextPro in year one.

The Revolution select St. Martin a right back from Maryland, who can also play center back. New England has built most of their squad through the SuperDraft and hope St. Martin can add to that list.

Salt Lake nab a defender they’ve seen plenty in Easley, another domestic center back, who was apart of the MLS College Showcase.

Nashville needs a back-up for Daniel Lovitz and select Ostrem, a College Cup finalist, who provides top service from crosses and set pieces.

Portland selects Asensio, a left back, who had a tremendous College Cup and can hopefully improve on the defensive side of his game.

NYCFC likely either select a center back or GK here, so select the best available in Smir, a likely first round selection out of North Carolina.