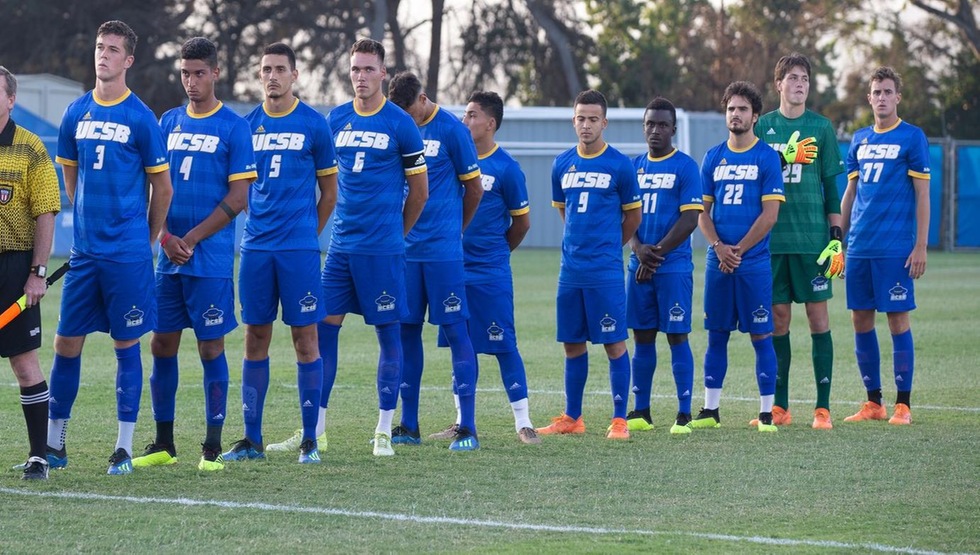 Indiana – No team in the country had a more challenging season opening weekend that Indiana.  It is short sighted to just look at a team’s win-loss record in the opening weekend of the season without taking into consideration the level of competition they faced.  The Hoosiers traveled to North Carolina to face Wake Forest and North Carolina.  Indiana fell to Wake Forest 2-1 in double overtime but then rebounded to top the Tar Heels 1-0 with redshirt defender A.J. Palazzolo netting the game winning goal out of a free kick with just minutes left in regulation.  Indiana now returns home to host Dartmouth on Friday and Connecticut on Sunday.   The Hoosiers showed a lot of grit last weekend.  The big question at IU remains offensive productivity.

High Point University – This could be the year that everything falls into place for the Panthers.  EJ O’Keeffe, who enters his fourth season as the HPU head coach, will field a team that has all the ingredients to make an impact in the Big South Conference and on the national scene.  The Panthers are strong down the spine.  Forwards Siggi Benonysson and Bana Ganidekam, center midfielders Ryan Inman and Jonathan Bolanos, senior center backs Rashid Tetteh and Johnny Fenwick, and junior goalkeeper Keegan Meyer are talented and experienced.  Junior transfer Ilias Kosmidis and highly regarded freshman Tony Pineda have added another dimension to the attack.  High Point enters the second weekend of play with a perfect 2-0-0 mark.  O’Keefee will find out a lot about the toughness of his team when they tangle with East Tennessee State on Friday and UNCG the following Tuesday.

University of Denver – Last year the Pioneers began the season with impressive wins over FGCU and Akron but then sustained several unexpected losses due to the inability to come up with the big plays they needed to prevail.  Denver looked good in a season opening 4-0 win over Monmouth and picked up a resume building win when they topped Washington 3-2 in overtime Thursday night.  Senior forward Andre Shinyashiki has been a force netting three goals in the season opener and scoring the game winning goal in overtime in the contest with previously undefeated Washington.   Senior transfer Moshe Perez, who contributed two assists against Monmouth and a goal in the win over Washington, has added an additional dimension to the attack.  The Pioneers have the opportunity to pick up another signature win (and enhance their RPI) against a non-conference opponent on Monday when they travel to face a very good SMU team.  Denver is a very good team but just how good remains to be seen.

Stanford – It may be a difficult Labor Day weekend for the Cardinal.  Stanford opened the season with a scoreless tie at home against a determined San Jose State team that they were expected to defeat.  Stanford has started slowly in the past but gained momentum as the season progressed.  No reason to expect anything different this year.  The Cardinal have to replace a very talented senior class that included seven starters.  Jeremy Gunn seemed pleased with the way his team attacked San Jose State and focused on the positives.  Stanford now faces the daunting challenge of traveling cross country to square off with Maryland on Friday night and Georgetown on Monday.  Maryland had problems of their own in regard to finishing scoring opportunities in their 2-0 season opening loss on the road to the University of Washington.  Georgetown opened with a 1-0 overtime win against South Carolina but then lost in overtime 2-1 to Coastal Carolina.  It should be a revealing weekend for Stanford, Maryland, and Georgetown.  Who will grow the most after the first weekend of play?  Who will settle into a rhythm on the offensive side of the ball?

FIU – Gut check time for FIU.  The Panthers opened the season with disappointing losses on the road to Duke 3-1 and Elon 3-0.  The contest with Duke was a little misleading in that it was tied 1-1 with seventeen minutes remaining in regulation when FIU was awarded a red card and had to play down a man.   FIU started strong against Elon but faded as the contest progressed which enabled Elon to control the pace of the match.    FIU should get into the win column on Friday night when they host Stetson.  It is early in the season so plenty of time exists for the Panthers to get back on track but nonetheless a sense of urgency exists for a program that has high expectations.

UIC – The Flames, who return ten players with starting experience, had an impressive opening weekend of play with a 2-1 come from behind win over Campbell with Cristian Sanchez and Max Todd providing the goals.  They then followed that with a solid 3-0 victory over a Providence side that had opened the season with a 2-1 upset win over SMU.  Todd contributed two goals and Alex Cervantes one in the win over Providence.  UIC will seek to build on their early season success when they travel to face Drake on Friday and host highly regarded Western Michigan on Monday.  Drake lost to Oral Roberts 1-0 and then pulled off one of the biggest upsets to date when they topped Butler 2-1 on the road.  Western Michigan opened the season with a 2-0 win over Loyola Chicago but then lost to DePaul 1-0 and Butler 2-0.

UC Santa Barbara – Opportunity knocks this weekend for UCSB.  The Gauchos are looking good after a season opening 2-0 win over St. John’s behind goals from forwards freshman Carter Clemmensen and sophomore Rodney Michael and a 3-1 win over UC Riverside with defender Faouzi Taied, Clemmensen, and forward Migel Gomez finding the back of the net.  UCSB now takes to the road to tangle with Portland on Friday and Seattle on Sunday.  Inconsistency and the lack of big play ability hampered the Gauchos last year.  Correct that and this team will be very competitive.  If UCSB gains momentum and remains focused they will be tough to contain.  For now, the jury is still out.

N.C. State – The Pack looks to be back but it is really too early to tell how competitive they will be.   Nonetheless, early indicators are all positive for a young team that secured a season opening 3-1 win over USC Upstate followed by a signature 2-0 on the road victory against nationally ranked Akron.  N.C. State has displayed a balanced attack and a solid defense anchored by sophomore goalkeeper Leon Krapf.  The Wolfpack host Presbyterian College (0-2-0) on Friday but things get a little tougher on Monday when they host William and Mary.

Connecticut – The Huskies started strong with a 2-1 win over Lehigh and a 1-0 win over Niagara.  Things now heat up a bit with contests this weekend in Bloomington against Notre Dame on Friday and host Indiana on Sunday.  UConn looks to be very solid on the defensive side of the ball.  The question mark pertains to their productivity on the offensive side of the ball.   A lot rests on the shoulders of senior forward Abdou Mbacke Thiam who has been the main man in the UConn attack for the past three seasons.  Someone else will have to step forward to add balance to the attack.

Grand Canyon – What will Grand Canyon do for an encore?  The Lopes upset Wisconsin 2-1 before an electric crowd of 6,648 fans in their season opener. Alex Radilla and Calvin Kissi netted the goals.  Grand Canyon will seek to add Creighton to their list of upset victims when they host the Bluejays Friday night.  Creighton comes to town with a 1-0-1 record that includes a win over Clemson and a tie with UC Davis.  Look for the Bluejays to apply pressure from the get-go. Will Grand Canyon be the giant slayers of the 2018 season?