Check Out These Season Opening Contests 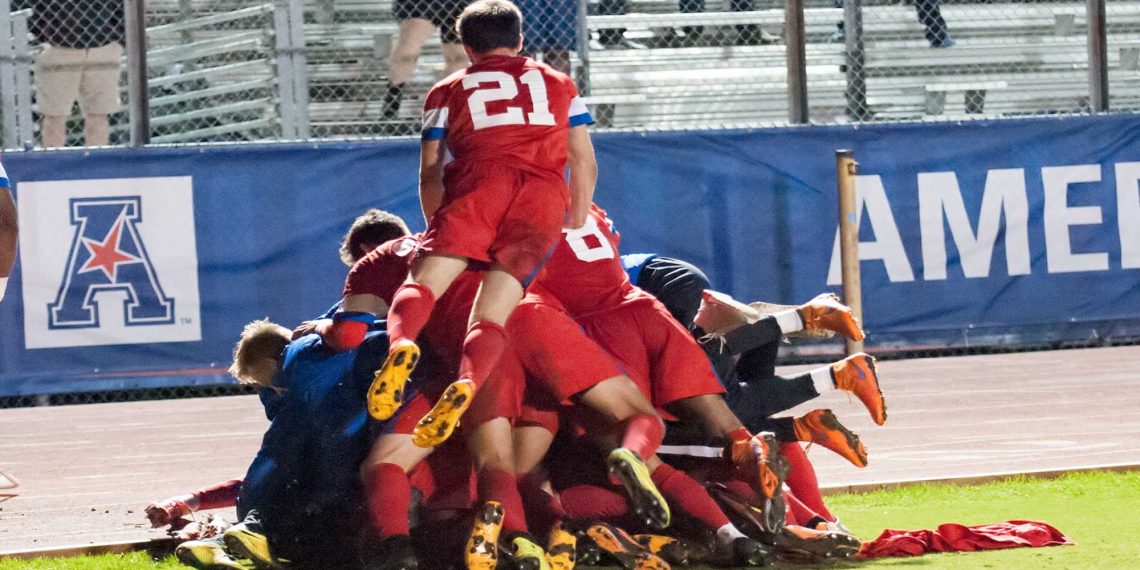 The long awaited 2016 Men's Division I college soccer season will get underway Friday night at venues across the country with a lot of really interesting and competitive season opening contests. With so many outstanding matchups on tap coast to coast there are many opporutinties for college soccer fans to witness an exciting contest in person. Several of the most intriguing contests are highlighted below.

Penn State vs. Stanford – The Cardinal seek to continue where they left off last year.

This one provides the first glimpse of what the Cardinal will be like sans All-Americans Jordan Morris and Brandon Vincent.  Junior forward Foster Langsdorf and junior midfielder Corey Baird are among those who will be counted upon to play a key role in the Stanford attack in 2016. The backline should again be solid anchored by defender Tomas Hilliard-Arce and netminder Andrew Epstein.  Bob Warming's Penn State team features senior forward Connor Maloney (7g, 2a) who has been named  an  All-Big Ten First Team selection for the past two seasons.

Both teams feature guys up-top who are explosive so it should be an entertaining contest that regardless of the outcome will benefit both teams in the long run.  Maryland sophomore forwards Sebastian Elney and Eryk Williamson and Gordon Wild who transfers in from USC  Upstate are all proven goal scorers.  It will be interesting to see how Wild and junior Jake Rozhansky who transfers in from Virginia fit into the Maryland offense.  Junior forwards  Abu Danladi and Seyi Adekoya give the Bruins a dynamic duo that will be hard to contain.  The winner will earn an early season resume building win and a little momentum but don't place too much weight on the outcome in terms of predicting the type of season either team will have.  It is tough to travel cross country to play which should give the Bruins an edge.

Cal Poly vs. North Carolina – Nothing could be finer than to be in Carolina to witness this matchup.

This one provides the opportunity to see the number one ranked recruiting class in the country  in action for a UNC team that has voids to fill in the midfield and in the back but the  potential to be the best team in the country if they gel as a team.  Tar Heel newcomers midfielder Cam Lindley and defender Mauricio Pineda were ranked by College Soccer News as the number one and five recruits in the class of 2016. Steve Sampson enters his second season as the head coach of Cal Poly with a solid core back from the 2015 team that won eleven contests  and earned a berth in the NCAA Tourney but opening  games on the road with UNC and Wake Forest present a huge challenge.

U.C. Santa Barbara vs. Oakland – Road Trip. The Gauchos travel to Columbus to face Oakland on Friday night and Ohio State on Sunday.

Senior All-American forward Nick DePuy and junior forward Ahinga Selemani  give the Gauchos a very productive one-two attack that will pose problems for opposing defenders in 2016.  Junior midfielder Kevin Feucht adds another dimension to the UCSB offense. The big question in this one is whether the Oakland defense which is in rebuilding mode can contain what looks to be a very explosive UCSB attack. UCSB will also have a lot of new faces on the defensive side of the ball which may make them vulnerable in the early going.  Junior forward Austin Ricci, the Horizon League Co-Offensive Player of the Year, will test the Gaucho defense. UCSB should prevail but if they look past Oakland this one has the potential to be very interesting. Ohio State looks to be an even bigger challenge for the Gauchos with a multi-dimensional attack led by senior forwards Danny Jensen and Christian Soldat.

Denver vs. Monmouth – Both teams need a win in what looks to be a very competitive season opening match.

Denver returns nine starters from a team that won a total of fifteen contests last year. The Pioneers under the direction of second year head coach Jamie Franks will seek to get off on the right foot but they will face a determined and talented Monmouth team that also returns a solid core of players.  Monmouth started slowly last year so a win in this one would be a big momentum builder as well as resume builder for them.  Both teams have playmakers so this one may very well come down to which side can avoid lapses on the defensive side of the ball.  It should be a dandy of a season opener.

Clemson vs. South Carolina – This one has excitement written all over it. No prisoners will be taken in this contest between in-state rivals.

Clemson, ranked by CSN as the number 4 team in the country, enters the 2016 season seeking to build on a great 2015 campaign in which they advanced to the College Cup.  However the Tigers will be without several key players due to graduation which could impact the consistency of their play in the early going.  Nonetheless Clemson looks to be very good with seven starters returning including forwards Austen Burnikel and Diego Campos and midfielders Oliver Shannon and Thales Moreno. The Tigers have also added a very talented recruiting class. South Carolina, ranked by CSN as the number 21 team in the country, returns eight starters led by senior forwards Danny Deakin and Kevin Walker.  Both teams have some gelling to do so the team that is able to get into a rhythm will likely prevail in a contest that could go down to the wire.  South Carolina is a very tough team to top when playing at Stone Stadium which could be a factor in the outcome.

A large parisan Akron crowd should be on hand when two of the most successful programs in the country over the past few years square off in a matchup that you might not normally expect to see until NCAA Tourney time.  The Hoyas lost as much talent due to graduation and early departures as any team in the country so it will be interesting to see how they come out of the gate.  Sophomore goalkeeper  J.T. Marcinkowski , a College Soccer News Preseason All-American, returns to anchor a Georgetown defense that is reloading and that will receive a baptism under fire when they tangle with an Akron team that looks to have one of the most explosive attacks in the country.  Akron returns players who scored forty-three of the fifty-six goals they placed in the back of the frame last year.  Midfielders Adam Najem and Victor Souto and forwards Sam Gainford and Stuart Holthusen are among a very dangerous group of Akron goal scorers.  This one will come down to whether or not the Georgetown defense can contain the Akron offense.

Michigan State vs. SMU – The Mustangs will seek to be off and running in Dallas.

SMU had a breakout 2015 season under the direction of first year head coach Kevin Hudson.   It remains to be seen what they will do for an encore.  The Mustangs will seek to build on the success they enjoyed last year when they host Michigan State from the Big Ten on Friday at 8 p.m. ET.  All-American junior forward Mauro Cichero, the 2015 American Athletic Conference Offensive Player of the Year, adds a ton of punch to the Mustang attack up-top.  Look for Cichero to hit the ground running in 2016. The SMU midfield looks to be very balanced and deep. The Pony defense anchored by backs Jared Rice and Jordan Cane and by goalkeeper Michael Nelson also looks solid.  If the SMU offense gets in gear they will be difficult to handle. Sophomore forward Ryan Sierakowski (7g, 3a), who now has the advantage of a year of starting experience under his belt,  is among the players who Damon Rensing will count on for offensive firepower for Michigan State.  Junior center back Jimmy Fiscus, senior left back Dewey Lewis and sophomore left back Connor Corrigan will anchor what should again be a good bend but don't break Spartan backline.  Michigan State's string of three consecutive appearances in the NCAA Tournament came to an end last year with a 8-9-2 overall record that didn't produce an invite.  A win over SMU would be a huge momentum builder for Michigan State and a good early season resume builder.