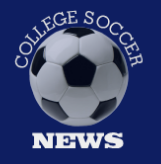 Since the College Cup, there’s been plenty of movement as Homegrowns have been signed and MLS teams are gearing into the 2017 regular season. As with any mock draft, it’s nearly impossible to predict what will happen, but in speaking with MLS technical staffs and observing the combine, this is our best outlook.  MLS Superdraft day as usual will be filled with trades, but with the current alignment, this is how we see the picks panning out.

Adrian Heath goes with the safe pick taking the talented U.S. youth national team forward.  The former Blue Devil adds pace and a good hold up play to an attack that already has the likes of Christian Ramirez and Miguel Ibarra.  Ebobisse, who didn’t play in the combine, should contribute right away to the expansion club.

The Atlanta front office has done a great job prepping for their first season in MLS and they add the Danladi to their already stacked attacking contingent.  The Ghanaian forward has loads of potential and if he can stay healthy, can be the best player in this draft class.

The Fire have plenty of needs to address this offseason, starting with improving their backline.  With Robinson, they get a raw talent, who with correct grooming can become one of the best young defenders in the league.  The former Orange defender is the best athlete in the draft and as a GA doesn’t cost the Fire any cap space.

With new Head Coach Wilmer Cabrera now at the helm, the Dynamo grab the most pro ready right back in the draft.  Odoi-Atsem, a great athlete and 1v1 defender may not have the high end potential of other prospects, but should be able to contribute to the Dynamo immediately.

The Quakes, who need help in multiple positions opt for a player who can help from day one.  Aubrey, a composed center back, didn’t stand out at the combine, but his 4 years of work in South Bend solidifies his worth as a top 10 pick.

The Whitecaps grab a Canadian youth international with pro experience in Shome.  With his Canadian GA designation, the midfielder with great vision would be a smart pickup for Vancouver.

Atlanta will be grateful if the Generation Adidas signee drops to number eight.  Yueill, a U.S. youth national teamer was once in consideration to go #1, but there’s questions about his physical attributes at the next level.  Tata Martino would be excited to work with talented prospect.

Columbus needs depth up ton and they grab a natural goal scorer in DePuy.  The big #9, uses his body well in hold up play and should be a consistent contributor in the league. His ability is reminiscent of 2014 draftee Mark Sherrod.

The Timbers nab a player they’ve bound to have seen plenty in Schmidt.  The left-footed center back didn’t stand out at the combine, but he’s one capable of contributing right away.  Schmidt reads the game superbly and does a great job of reading attackers and blocking shots.

The Fire get a steal in the versatile Hayes.  The Wake Forest playmaker, with a style similar to Darlington Nagbe is one of the top talents in the draft.  The only reason he falls outside the top 10 is due to questions regarding his size and position at the next level.

DC United gets one of the most impressive players at the combine in Abubakar.  The center back was all over the place winning tackles, clearing headers, and organizing his back line all week.  While relatively under the radar before the combine, he raised some teams’ eyebrows with his dominating play at the StubHub Center.

RSL get a relatively unknown commodity prior to the combine, with Daniel Johnson.  The technical winger impressed teams with his vision, 1v1 ability and knack for making defenders miss.

Sporting KC has a history of good draft picks and they grab another one in Gressel.  The versatile German midfielder has the combination of athleticism, technique, and soccer IQ which will likely see him succeed in MLS.

The Rapids will look to improve on their 39 goals in 2016 and the first step is in drafting Wright.  The Canadian forward uses his 6’0” 180 LBS frame well and has a great goal scoring record.

The Sounders nab a player for the future with Reid.  The Canadian GA, at only 16 years old has a bright future ahead of him.  Reid, despite his small frame, rides challenges well on top of bringing explosive and creative attacking qualities to the table.

The Red Bulls, in the midst of all their offseason chaos, claim they will take the best player available and with that in mind they take BC winger Zeiko Lewis.  The left footed winger impressed teams with his quickness, decisive 1v1 ability and scoring ability this week.

FC Dallas, while fairly stable in most positions, get Storm, a solid right back.  Storm isn’t going to wow you with any particular skill set, but he’s a well rounded defensively player and will pick his moments to go forward.

The MLS Cup runner-ups grab a pacey Canadian attacker in Nanco.  The former Orange forward will likely be a winger at the next level and could be a fascinating bench option for Greg Vanney’s side.

The Sounders take another player who’s coming off a championship in back-to-back College Cup champ, Nana-Sinkam.  The aggressive center back showed his formidable 1 v 1 defensive skills and reading of the game throughout the week and is a smart pick at #22.

Ben Roth is a Contributing Writer and Analyst for College Soccer News.  He will be on location at both the MLS Combine which will take place on January 8 through 12 in Los Angeles and the MLS Superdraft which will be held on January 13 at the LA Convention Center.